Soccer Out Of Bounds 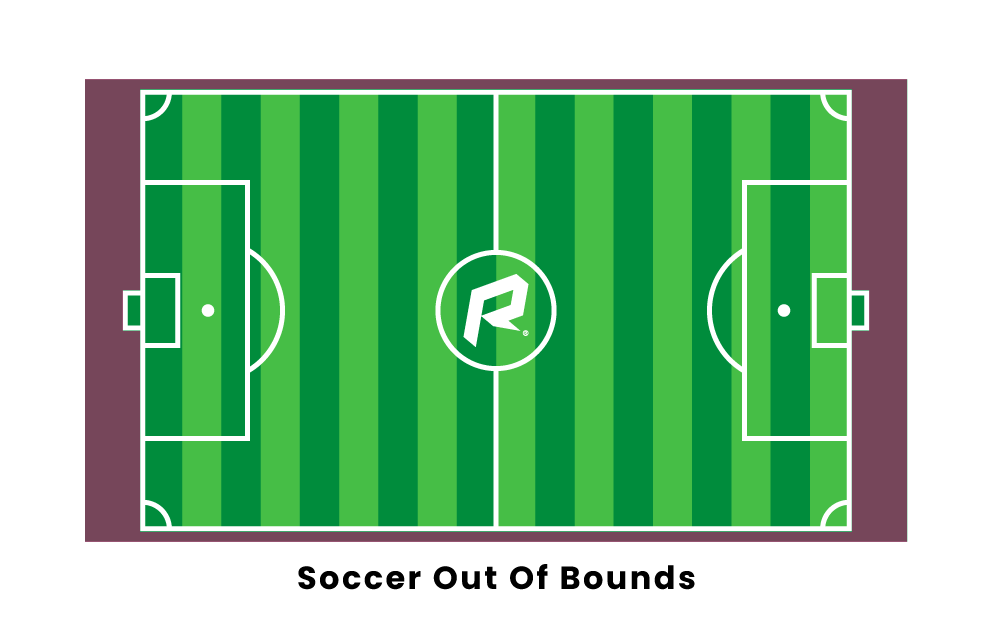 What is Out of Bounds in Soccer?

Out of bounds is a term for the area of a soccer pitch outside the touchlines (sidelines) and goal lines (end lines). It is also sometimes referred to as “out of play.” If the ball crosses these boundary lines, the ball is declared dead by the officials and must be put back into play via a goal kick, corner kick, or throw-in.

The lines themselves and the field of play within those lines are both considered inbounds. If the ball completely crosses the touchline or endline and goes out of bounds, play is stopped (though the clock continues to run).

What Happens When the Ball Goes Out of Bounds in Soccer?

There are three different scenarios that can happen when the ball goes out of bounds in a game of soccer. These three potential set pieces are:

Corner kicks take place whenever the defending team is the last to touch a ball that goes out of bounds across an end line (goal line). This means the offensive side will get the opportunity to cross the ball into the penalty area from the corner arc that corresponds to the side of the goal where the ball went out of play. For example, if the ball goes out of bounds to the right of the net, the corner kick will be taken from the right corner arc.

Throw-ins take place whenever the ball goes out of bounds through one of the touchlines (sidelines). In the event of a throw-in, the team who was not last to touch the ball gets the opportunity to throw the ball in play from the out of bounds area via a two-handed throw. It is important to note that players must keep both feet on the ground during a throw-in.

Goal kicks take place whenever the ball crosses the end line (goal line) and goes out of bounds after the offensive team was the last to touch it. During a goal kick, the goalie will attempt to clear the ball from the defensive zone by placing the ball on the edge of the goal area and kicking it downfield. The ball must be stationary when passed downfield.

What happens when the ball goes out of bounds on the sideline in soccer?

In soccer, if the ball crosses a sideline (touchline) and goes out of bounds, a throw-in will be used to put the ball back into play. The assistant referee will raise their flag (in the direction of the team taking the throw-in) to signal that the ball went out of bounds. At this point, the referee will blow their whistle and signal for a throw-in.

When is the ball out of bounds in soccer?

The ball is out of bounds in soccer when it fully crosses either end line (goal line) or sideline (touch line). The lines themselves are in play, which means if the ball or player just touches the line, it is not out of bounds. Once the ball goes out of bounds, it must be put back into play with a throw-in, goal kick, or corner kick.

What is the difference between a goal kick and corner kick?

Pages Related to Soccer Out Of Bounds