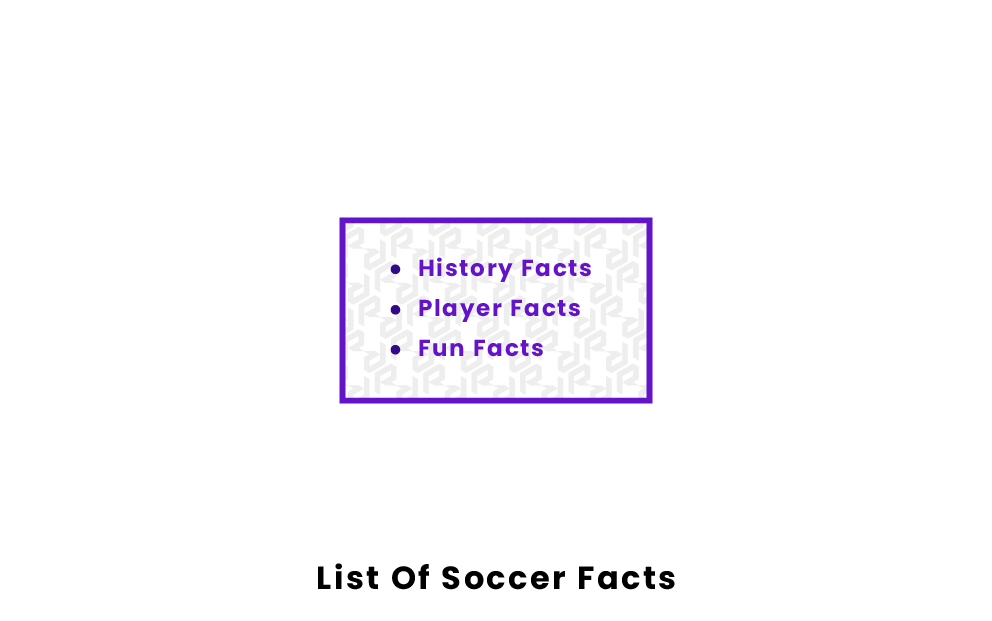 The sport of soccer has been around for decades. As the sport spread across the world, it resulted in many new and interesting facts and histories that many are unaware of. Below is a list of soccer facts:

Referees: Referees were not included in soccer matches until 1881. Before then, it was up to the players to make the calls. Today, it may seem impossible to play a professional game without an official, but decades ago, it was common practice.

Spreading the love of the game: The British invented modern soccer and spread it across the globe. The sport’s popularity especially took off with colonialism. Soccer is now competitively and recreationally played in nearly every country in the world.

Deadly Lighting: In 1993, a lightning strike during a soccer match in the Democratic Republic of the Congo killed an entire team. The opposing team was left unhurt. Thirty other people were left injured. Rumors spread throughout Congo that someone had cursed the team.

The 2022 World Cup: The 2022 FIFA World Cup will be hosted in the city of Lusail in Qatar. The construction of the city was completed in 2021. Qatar built it specifically for the 2022 World Cup. The city cost about $45 billion to complete.

The First Men’s World Cup: The first world cup was held in 1930 in Uruguay. Only thirteen nations participated, and Uruguay ended up winning the whole tournament. Since then, the FIFA Men’s World Cup now includes over 32 teams and is held every four years across the globe.

First College Soccer Match: The first-ever intercollegiate soccer match took place in 1869. The two teams were Rutgers and Princeton. The game took place in New Jersey and is considered to be one of the first ever soccer matches held in the United States. Rutgers went on to win the match 6-4.

Olympic Games: Soccer became an Olympic sport in 1900, during the Olympic Games in Paris, France. It has remained in the Olympics ever since. It was not included in the first modern Olympic Games held in 1896. The first Olympic soccer tournament only featured three teams, so everyone who participated was guaranteed a medal.

‘Soccer’ vs. ‘Football’: Most people believe that Americans are the ones who started calling the sport of football “soccer.” However, this is untrue. In fact, it was first said in England, and the term was eventually brought over and popularized in the United States. The term “soccer” stuck and now the United States is one of few countries to call it soccer and not football.

Miroslav Klose: Miroslav Close of Germany holds the record for the most goals scored in World Cup history with 16. Christiano Ronaldo is currently in second place with 15.

Lionel Messi: Lionel Messi holds the record for the most Ballon d’Or wins with seven. Christiano Ronaldo is second all-time with five.

Kits vs. Uniforms: In many countries, the soccer uniform is referred to as a ‘kit.’ However, in the United States, most teams call their playing gear a uniform or jersey.

Soccer Ball: A traditional soccer ball has 32 panels and was originally made out of inflated leather. Soccer balls today are made up of new materials, and companies are attempting to create balls made of new materials to bring the best performance possible.

Newgate Prison: Many say that soccer, or football, was founded in London in the 1800s at the London Newgate Prison. Prisoners who had their hands cut off for the crimes they committed then learned to play with their feet. However, this is just a theory, as the exact founder of soccer is unknown.

3.9 Miles: Studies have found that soccer players run an average of about 3.9 miles in a single soccer match. This is obviously untrue for goalkeepers, who remain stationed at their goal throughout the match.

North Korea: The North Korean fans showcased at games and at tournaments are actually handpicked by the North Korean government. In addition, Chinese volunteers also sit in the stands, as North Korean citizens are not allowed to travel outside of the country.

The Fastest Red Card: The fastest red card ever given out to a player was two seconds into the game. The red card was given out to Lee Todd after screaming out an expletive after complaining about how loud the starting whistle was.

Greenland: Unfortunately, the nation of Greenland cannot participate in the World Cup or in FIFA. This is because the country is unable to grow enough grass to sustain a field to play soccer on. However, the sport is still a popular TV subject for the small island.

Hitler and Soccer: While soccer was a popular sport across the world and in Germany during the Hitler regime, he despised the sport. He disliked the game of soccer because he could not ensure that non-Germans would lose and Germans would win.

FC Barcelona and UNICEF: The team FC Barcelona has a reverse sponsorship with UNICEF. While the team sports the UNICEF logo on their jerseys, they also donate about 1.5 million euros to the foundation each year.