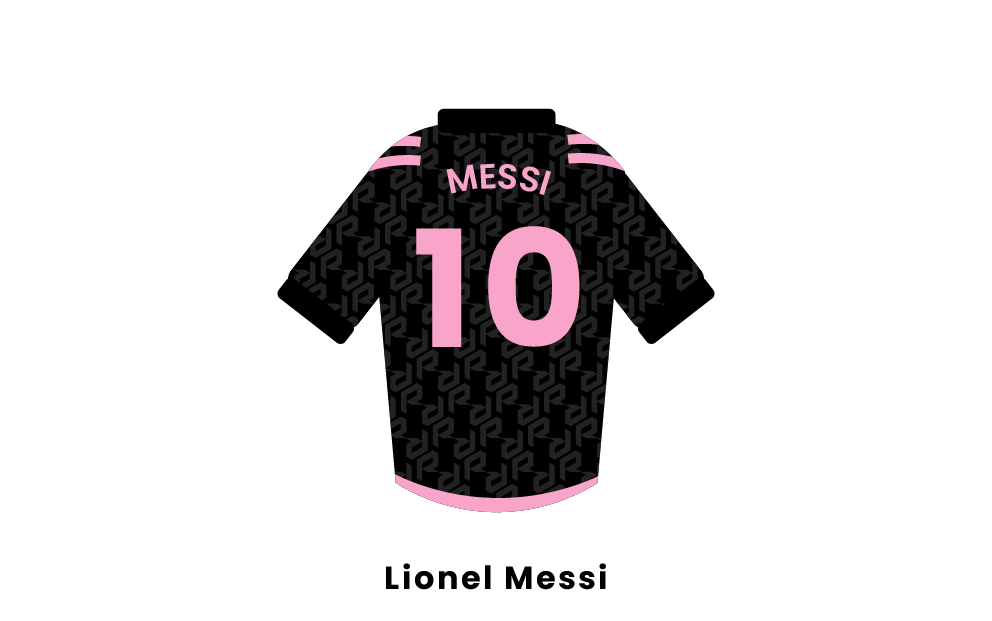 Luis Lionel Andres, better known as Lionel Messi, was born June 24, 1987, and is an Argentinian soccer player for Paris Saint-Germain. He is known as one of the greatest soccer players in history, claiming numerous awards and recognitions throughout his career, including a record seven Ballon d’Or awards. In 2022, Messi became a FIFA World Cup Champion, leading Argentina to victory.

Messi always loved soccer and would play frequently with his siblings in order to grow closer to them and improve his skills. The speed and ability that Messi gained from training and practicing over the years made him an incredible force to be reckoned with. Messi was signed to join the FC Barcelona team and made his playing debut by the age of 16, the youngest player to ever score a goal in the franchise.

At the young age of 13, Messi began training for FC Barcelona. Messi also became a part of the Argentina national team, which he still captains. At the age of 16, Messi made his first appearance playing for the FC Barcelona team. On May 1, 2005 Messi was the youngest person to ever score a goal for the franchise. Later on in that same year, Messi helped lead Argentina to the title in the Under-20 World Cup where he scored a pair of penalty kicks to propel the team over Nigeria.

Messi completely changed FC Barcelona’s team status and brought the club an enormous amount of success and wealth. Messi is recognized for his amazing speed, incredible offensive skills, along with his impressive ability to weave among many defenders. During his time with Barcelona, he scored a record 672 goals and 288 assists in a total of 778 games.

Messi transferred to Paris Saint-Germain for the 2021-2022 season due to his contract ending with FC Barcelona. He is now part of the elite front three for PSG that also include Neymar and Kylian Mbappe.

Lionel Messi is one of the most decorated soccer players in history. Messi has won the Ballon d’Or seven times, which is a record amongst soccer players. He was recognized as the 2009 FIFA World Player of the Year, and received the Best FIFA Men’s Player award in 2019. Messi is a six-time European Golden Boot award winner, nine-time La Liga MVP, 2014 FIFA World Cup Golden Ball winner, Olympic gold medalist, four-time UEFA Champions League winner, and the all-time top goalscorer in La Liga and FC Barcelona history. In 2022, Messi became a FIFA World Cup Champion, in addition to winning his second FIFA World Cup Golden Ball award.

During his incredible career, Lionel Messi has won a ton of other awards. Messi has won the Pichichi Trophy, the Bravo Award, Golden Boy, the Alfredo Di Stefano Trophy, FIFPro World Young Player of the Year, the FIFA U-20 World Cup Golden Ball Award, and the IFFHS World’s Best Top Goalscorer.

Lionel Messi was born June 24, 1987. Growing up, Messi relied on his two older brothers in order to practice soccer and increase his skills. Messi was diagnosed at a young age with a hormone deficiency that stunted his growth, although this had no real implications on his soccer playing abilities in the future. When Messi turned 13, his family decided to move from Argentina to Barcelona because FC Barcelona offered to pay for Messi’s hormonal injections, which he desperately needed because of a hormonal deficiency disorder.

Messi’s family was extremely supportive of his soccer career and have always followed him around to his games in order to offer more family support during these events. Lionel Messi was born to parents Celia Maria Cuccittini and Jorge Messi. Messi married Antonela Roccuzzo in 2017 and has three children with her: Thiago Messi Roccuzzo, Mateo Messi Roccuzzo, and Ciro Messi Roccuzzo.

What disease does Lionel Messi have?

At the age of ten, Lionel Messi was diagnosed with a growth hormone deficiency. This diagnosis meant that Lionel would have troubles growing and other physical body issues as he got older. Messi’s parents began treating the deficiency, but they were unable to keep up with the medical cost. FC Barcelona offered Lionel a spot to play on their team and pay for his medical bills which went up to $900 dollars a week.

How many goals has Lionel Messi scored during his career?

As of August 2022, Messi has scored 773 senior career goals, which is an extremely impressive achievement. 672 of those were for FC Barcelona, 86 were for the Argentinian national team, and 15 were for Paris Saint-Germain (PSG).

Why was Lionel Messi’s first contract not on paper?

Lionel Messi was only 13 years old when he was recognized for his incredible skills and soccer abilities. FC Barcelona sporting director Carles Rexach was so incredibly impressed and fascinated with Messi that he wanted to immediately sign Messi on the spot. Rexach decided right there to write out his contract on the first paper he could find, a paper napkin.