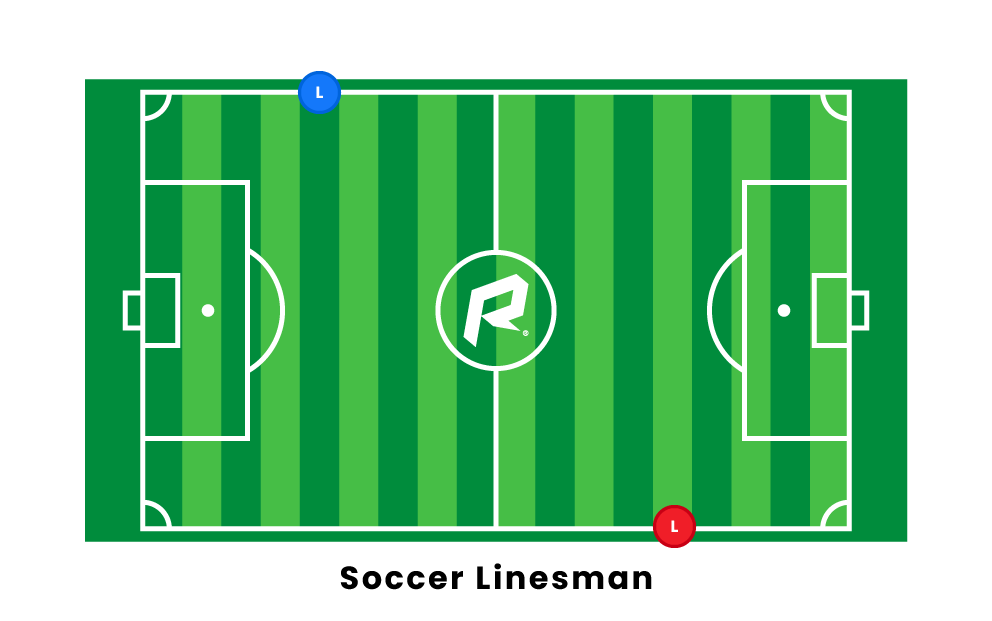 A linesman is an official in soccer whose responsibilities include stopping play for offsides and out of bounds, as well as aiding the referee in other decisions. The linesmen are also known as assistant referees. Read on to learn more about linesmen and what exactly they do.

The linesman, also referred to as the assistant referee, is one of two officials charged with standing directly on either touchline. They will move up and down the field, following the ball. At higher levels of soccer, there are typically two linesmen who each cover one side of the pitch. The fourth official also stands on the sideline with the linesmen.

The primary objective of a linesman is to watch the bounds of the field of play (goal lines, touchlines) and declare possession of the ball after it goes out of bounds. A linesman will do so by declaring which team last touched the ball and then have the ball handed to a chosen member of the other team for a corner kick or throw-in.

Another common responsibility of a linesman is to oversee the substitution process. Depending on how many officials are on the field at a time, a linesman may declare the numbers of the player being replaced as well as the player acting as substitute. A linesman shares this role due to their proximity to the part of the field where substitute players enter.

What is a linesman in soccer?

In soccer, a linesman is an official whose main responsibility is judging offsides and out of bounds. Though they mainly decide who gets possession of the ball after it goes out of bounds, a linesman may help aid other officials in their duties. Linesmen are also often referred to as assistant referees.

What does a linesman do in soccer?

The main duty of a linesman is to watch the bounds of the field of play and just which team has possession after the ball goes out of bounds. This official will declare the ball for either team and have it handed to the chosen player. A linesman is also known for overwatching the substitution process since they are so close to where the substitute players enter the field.

How many linesmen are in a soccer match?