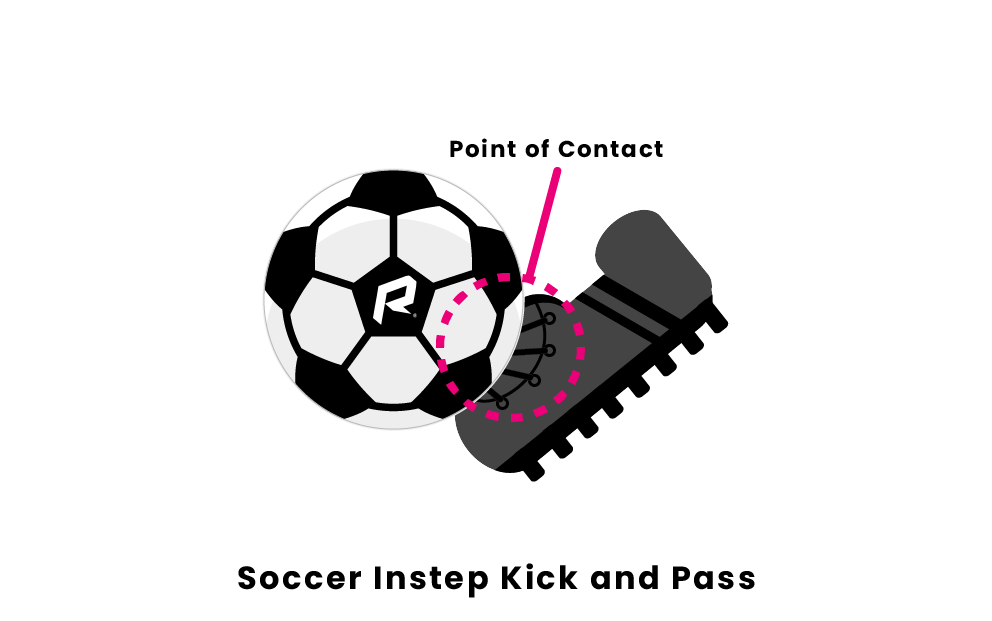 What is an instep kick in soccer?

An instep kick in soccer is when a player strikes the ball with their instep (the top of their foot or the laces on their cleats). Read on to learn more about instep kicks and passes.

The instep kick in soccer is when a player uses the instep or the top of their cleat to kick a ball. This is also sometimes called kicking with “the laces.” This generates more power on longer passes and shots. An instep kick will also have a moderately low, driven trajectory.

The instep pass is when a player uses the instep kick to generate more power on passes. Players typically use instep passes to drive the ball harder than a regular pass. This will result in the pass arriving at the target quicker, enabling faster movement on the attack. Instep passes are an important technique for split decision plays, especially around the opposing team’s goal when the window for a goal attempt is narrow.

Other Types of Kicks in Soccer