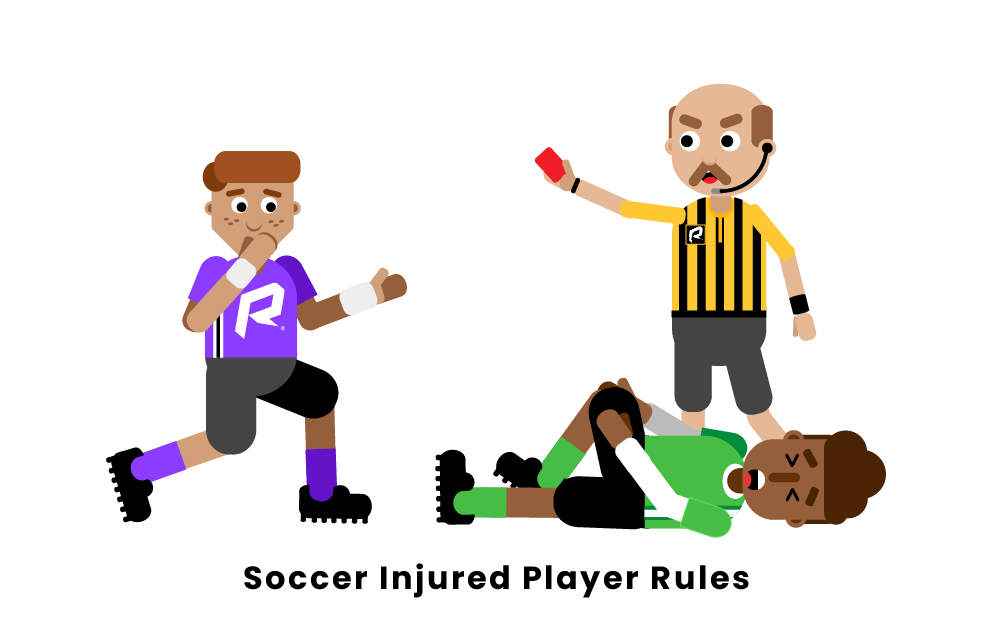 Though strict equipment rules and penalties help keep soccer as safe as possible, injuries will inevitably occur. As with any other aspect of the sport, there are rules and regulations that must be followed when a soccer player is injured. Read on to learn the general procedure followed after an injury and any exceptions to those rules.

When dealing with injured players, there are certain procedures that the referee will follow. Outlined by the Laws of the Game, the general procedures are as follows:

Though uncommon, there are certain special exceptions to standard injured player procedures. These are made only when:

When such exceptions occur, play is immediately paused until a referee decides that it is safe and appropriate to continue play and the proper player substitutions have been made. The injured player also does not have to immediately leave the field of play as they do with other non-exceptional injuries. Any time lost by this stoppage of play is added to the total time that each half lasts.