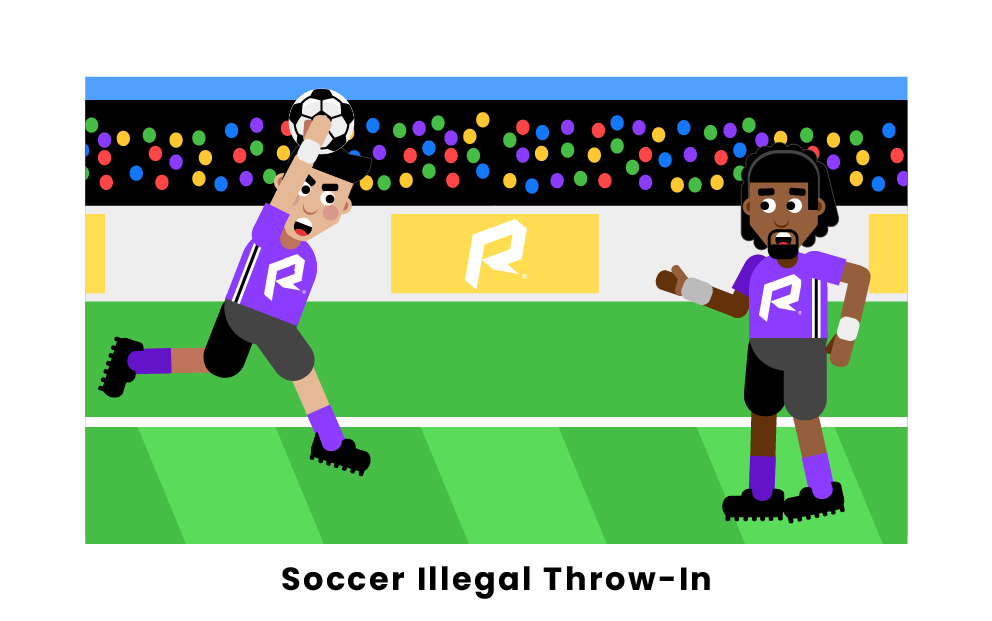 An illegal throw-in is an offense in soccer that is committed when a player violates the rules dictating how to execute a throw-in correctly. Typically this offense is committed by the player making the throw-in, but it may also be committed by a teammate or defending player. A throw-in is the procedure in which, after one team causes the ball to go out of bounds over a touchline, a member of the opposing team will throw the ball back onto the field, restarting play.

Several requirements must be met in order for a throw-in to be performed correctly. The thrower must face the field of play and have at least a part of both feet touching the ground. They must stay on or behind the touchline, not crossing it. Additionally, both hands must be kept on the ball until release, and the throw must be taken at the point that the ball left the field of play. Lastly, the throw must be made by starting with the ball behind the thrower’s head, bringing it up and over their head to release it. Also, a player other than the thrower must be the first to touch the ball after it enters play.

All players of both teams must stay at least 2 yards (2 meters) back from the thrower. If any of these requirements are not met, the throw-in is illegal, and a violation has occurred. An illegal throw-in is one of the most frustrating fouls a soccer player can commit, as it forces an easily avoidable possession change.

The result of committing an illegal throw-in is the throw-in being awarded to a member of the opposing team. In certain circumstances, other consequences may apply. For example, an indirect free kick results if the thrower is the first to touch the ball once it enters play.

If the thrower commits a handball violation, a direct free kick (or penalty kick if the offense occurred in the penalty area) is awarded. Impedance by an opponent during a throw-in results in a caution for unsporting behavior and an indirect free kick. These results are the same in both amateur and professional leagues, as the IFAB rules are followed at all levels of play. 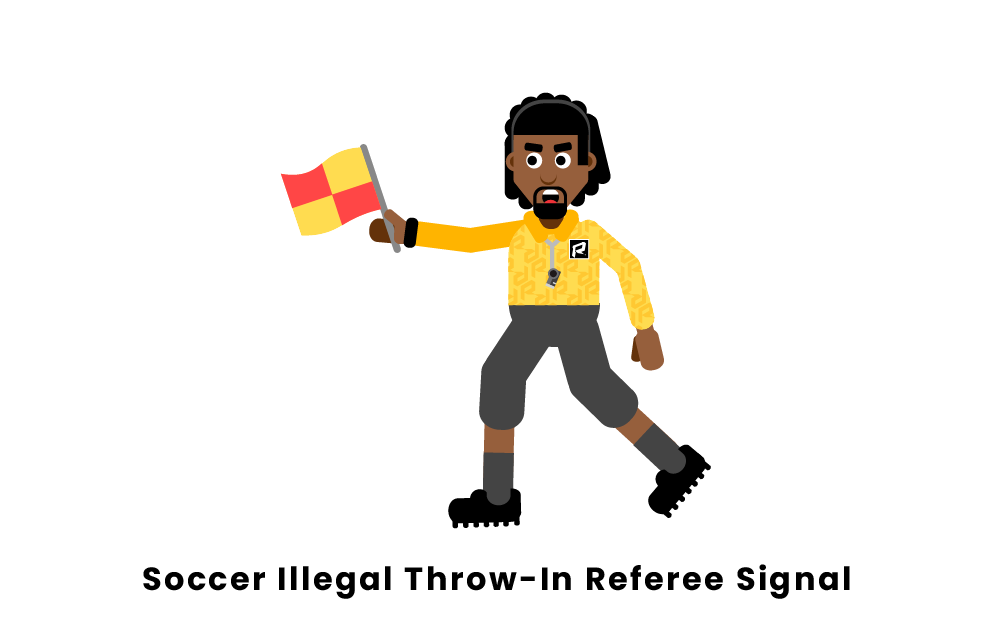 When an illegal throw-in is committed, a referee will whistle to stop play, indicating that the throw-in was not taken legally. The sideline referee will point with their flag in the direction in which the ball should be played, while standing on the touchline at the location of the throw-in. If the foul results in an indirect free kick, direct free kick, or penalty kick, the referee will instead signify these by pointing straight up, horizontally to the side, or directly at the goal, respectively.

What is an illegal throw-in in soccer?

What are the consequences of being called for an illegal throw-in in soccer?

The consequences of being called for an illegal throw-in are typically a loss of possession and having the throw-in retaken at the same location by an opposing team member. A thrower who commits an offense by being the first to touch the ball after it enters play suffers harsher consequences, which can include facing an indirect free kick, direct free kick, or penalty kick being awarded to the opposing team, depending on whether a handball occurs and the location of the foul.

What makes a soccer throw-in legal?

Several conditions must be met for a soccer throw-in to be legal. The thrower must be facing the field of play from the touchline. When making the throw, the thrower must keep both hands on the ball and bring it from behind up and over their head. The ball must be thrown at the same location that it left play, and all other players must keep 2 yards (2 meters) back. Lastly, a player other than the thrower must be the first to touch the ball once it enters play.