How Many Players Are On The Soccer Field? 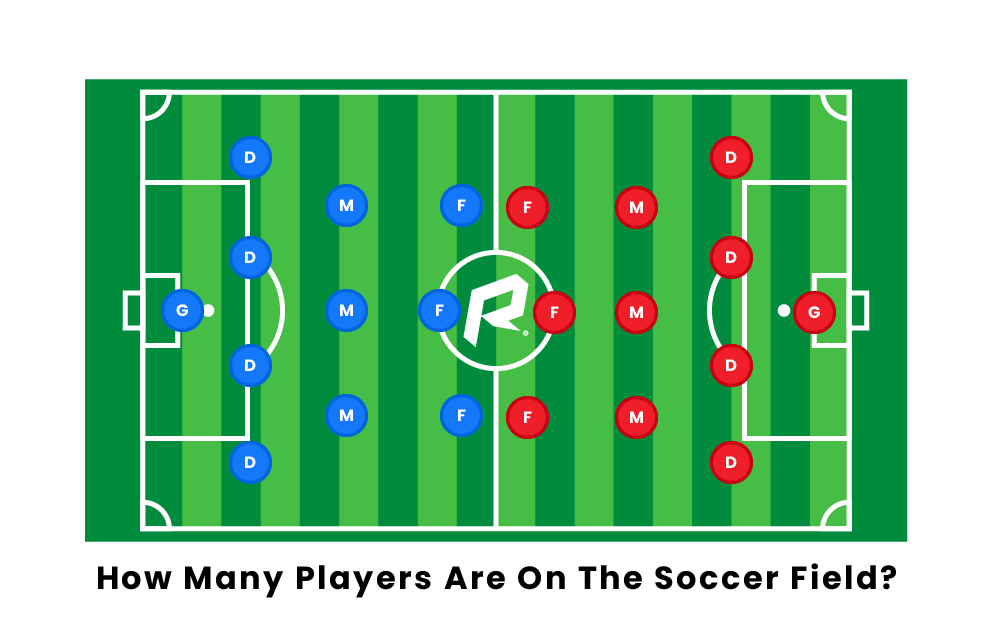 According to the Laws of the Game, soccer is played between two teams of 11 players each, with one player on each team being the goalkeeper. However, there are certain situations where playing with less than 11 players is permitted. Read on to learn more about how many players are allowed, or must be, on the soccer field in a match.

Although a match may not start if either team consists of fewer than seven players, it is left to the discretion of the respective football association to decide how many players are required on each team for a match to continue. FIFA-regulated tournaments, such as the World Cup, do not allow play to continue if both teams do not have a minimum of seven players.

Leaving the Field of Play

If a team has fewer than seven players because one or more players has deliberately left the field, the referee does not have to stop the match and advantage may be played. This means that, unless injury or substitution has occurred, play does not stop even though the minimum number of players has no longer been met. However, the referee must not allow the match to resume after the ball has gone out of play if a team does not have the minimum number of seven players.

Pages Related to How Many Players Are On The Soccer Field?