How Is Cristiano Ronaldo So Fit For His Age? 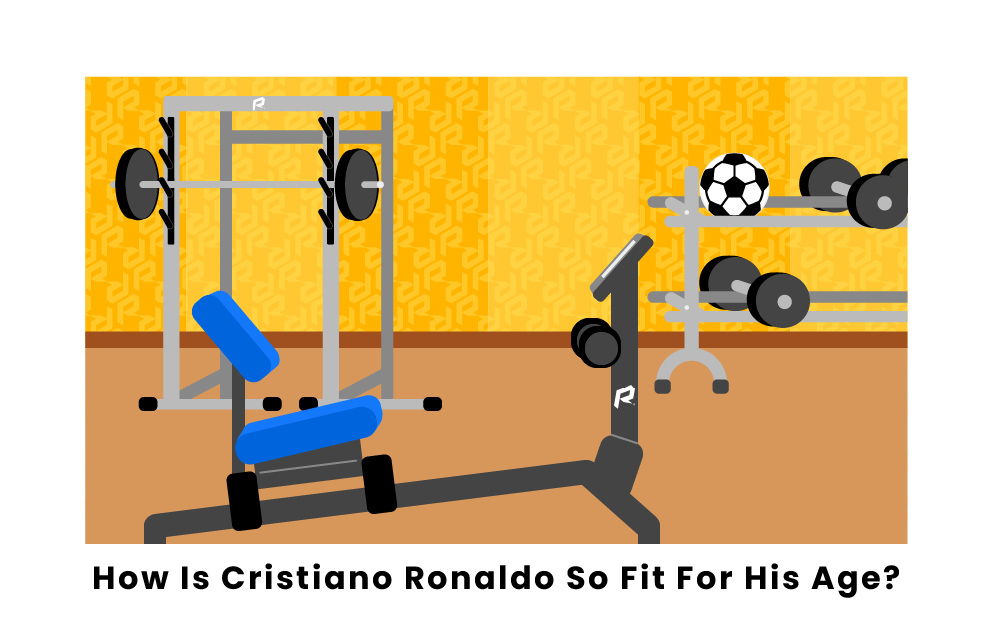 Cristiano Ronaldo is one of the world’s most famous and successful soccer players. Born in 1985 in Madeira, Portugal, Ronaldo has had an impressive career playing as an attacker and key goal scorer for an array of teams, earning himself the Ballon d’Or five times. Additionally, Ronaldo is renowned for his impeccable physical fitness. So, how has the 37-year-old athlete managed to stay so fit throughout his career? Cristiano Ronaldo has maintained his fitness due to a comprehensive diet and workout regimen.

It is no surprise that Cristiano Ronaldo maintains a strict diet in order to stay fit for his age. Despite being 37 years old, Ronaldo appears to be in better shape than the majority of professional soccer players that are much younger than him. So, what does Ronaldo’s diet look like?

Instead of eating three big meals each day, as the majority of Americans do, Ronaldo prefers to eat six smaller meals each day. This is so that he maintains consistent energy levels throughout his training sessions. Additionally, Ronaldo’s diet is made up of natural, whole foods. Ronaldo tries to avoid prepackaged and frozen meals as much as possible. To avoid pre-made foods, Ronaldo has a personal chef that provides him with freshly-prepared meals that meet his dietary needs.

Protein is a major nutrient category that Ronaldo includes throughout his meals. A high-protein diet is key for Ronaldo to maintain his muscle mass throughout his strenuous training sessions. To get his protein, Ronaldo enjoys eating meat, yogurt, and cheese. Specifically, Ronaldo is a big fan of fish. Additionally, Ronaldo does not cut out carbs or fats from his diet as they provide the energy that is necessary for his workouts. Overall, his diet is natural and well-rounded, incorporating an array of food groups that provide him with consistent energy throughout his day.

To maintain his fitness and strength, Ronaldo observes a strict, comprehensive workout plan each week. He always starts with a warmup in order to prepare his muscles and cardiovascular system for the workout. This also helps to prevent injury throughout his training sessions and matches. Following the warm-up, Ronaldo does cardiovascular training, weight training, or soccer-specific training with his teammates. He is a firm believer in mixing up his workout regimen to prevent boredom and to target the whole body equally.

Unlike bodybuilder workouts, Cristiano Ronaldo does circuit training when he lifts weights. Each session incorporates a diverse selection of exercises that target different muscles. Additionally, Ronaldo spaces his training sessions out across the week, making sure that he receives sufficient rest between sessions.

During soccer-specific training, Ronaldo and his teammates often do intense drills that incorporate sprints, as well as other necessary drills such as set piece training and passing scenarios. Overall, Cristiano Ronaldo’s fitness schedule incorporates a mix of cardio, strength training, and soccer training that allows him to maintain his fitness and stay sharp on the pitch.

Pages Related to How Is Cristiano Ronaldo So Fit For His Age?