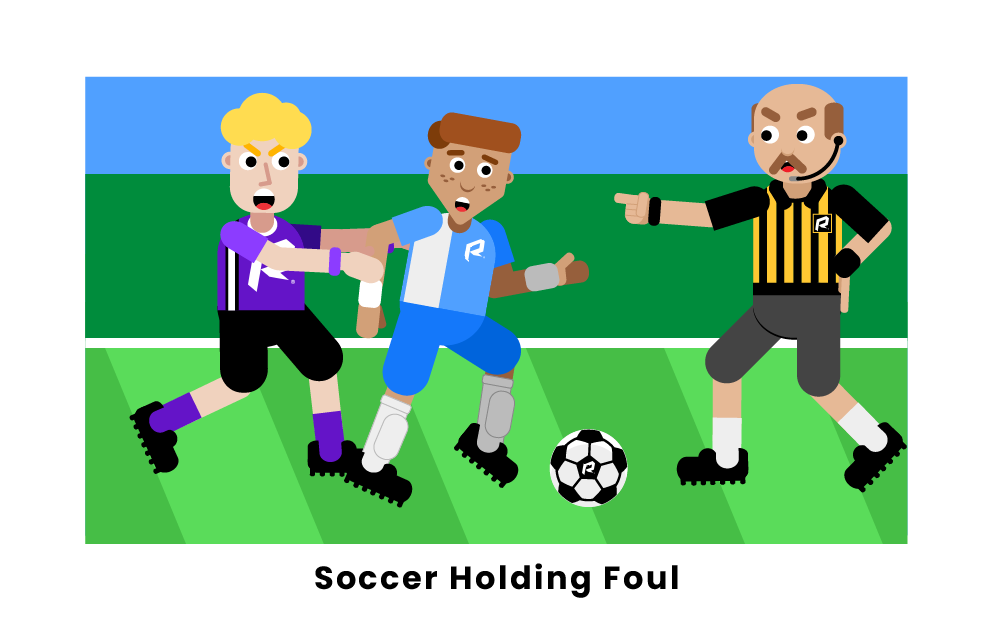 Holding is a foul in soccer that occurs when one player uses their hands or other body parts to grab or restrain an opponent, preventing their ability to move freely on the field and play the ball. Holding is a physical foul, and it is punished by a direct free kick.

A holding foul in soccer is a physical foul that is committed when one player uses their body to make contact with and restrain their opponent, preventing them from moving freely. Soccer players are not permitted to impede their opponent’s movement or use their hands during play. Committing a holding foul by grabbing onto an opponent breaks both of these basic principles of soccer. Any body part can be used to commit holding, including hands, arms, and legs.

Likewise, holding can be committed by restraining any part of an opponent’s body or uniform. A holding foul typically takes the form of a player using their hand to grab onto their opponent’s arm or jersey, but any type of sustained physical contact between players can be determined by a referee to be holding. This includes using an outstretched arm to push off of an opponent and prevent them from making a play on the ball. Holding can occur at any point during play, at any part of the field, regardless of possession or proximity to the ball.

The result of a holding foul being called is a direct free kick being awarded to the non-offending team. The team against whom the foul was committed is given the ball at the location of the foul and is permitted to kick it anywhere, including making an attempt on the goal. If the foul is committed within the penalty box, a penalty kick will be awarded to the non-offending team. The result of a holding foul is the same in amateur and professional leagues. 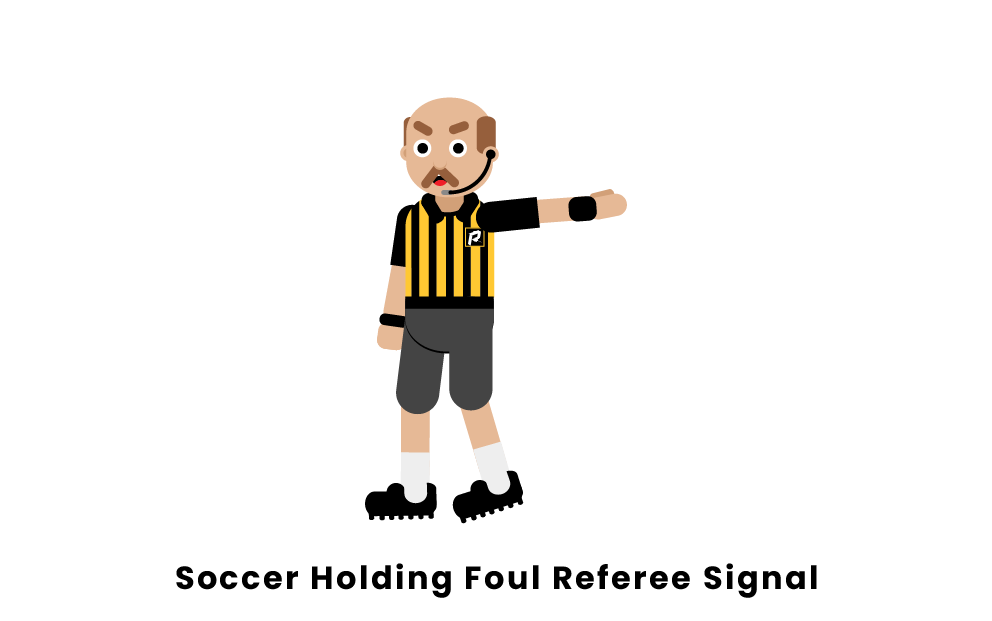 When a holding foul is called, a referee will whistle to stop play. The referee will point with one arm outstretched horizontally, which is the signal for a direct free kick. If the holding foul was committed by the defending team while the attacking team has possession of the ball past midfield and in the midst of a scoring opportunity, the referee will not immediately whistle for a stoppage. Instead, they will signal advantage and allow play to continue until a change of possession or the ball goes out of bounds.

What is a holding foul in soccer?

A holding foul in soccer is an offense that is committed when one player uses their hands, arms, or other body parts to restrain or prevent an opponent from moving freely. Holding typically takes the form of one player grabbing an opponent’s uniform with their hands and continuing to hold it, restricting motion, or wrapping their arms around an opponent in a hugging movement. Holding can be called at any point on the field, regardless of possession or location of the ball.

What are the consequences of being called for holding an opponent in soccer?

The consequences of being called for holding an opponent in soccer are a direct free kick being awarded. A direct free kick allows the player against whom the foul was committed to kick the ball from the spot of the foul, with the ability to score a goal. If the referee determines that the holding foul was committed recklessly or with excessive force, the offender will also be shown a yellow or red card.

What is the difference between holding and impeding?

The difference between holding and impeding is that holding requires physical contact, and impeding may or may not physical contact. To commit a holding foul, a player must restrain an opponent using their hands or other body parts. Impeding fouls are committed by a player using their body to prevent an opponent from progressing down the field and do not always involve contact. A holding foul is penalized with a direct free kick, while impeding is penalized with an indirect free kick.