What is a hat trick in soccer?

In ice hockey and soccer, a hat trick refers to a player scoring three goals. The term originated in cricket and was brought into goal scoring sports. Unlike ice hockey, soccer also has a term for a player who scored just two goals in a single game. A brace is when a team or a player nets two goals, so you may hear the phrase Arsenal defeated Everton 2-0, thanks to Alexandre Lacazzete's brace. 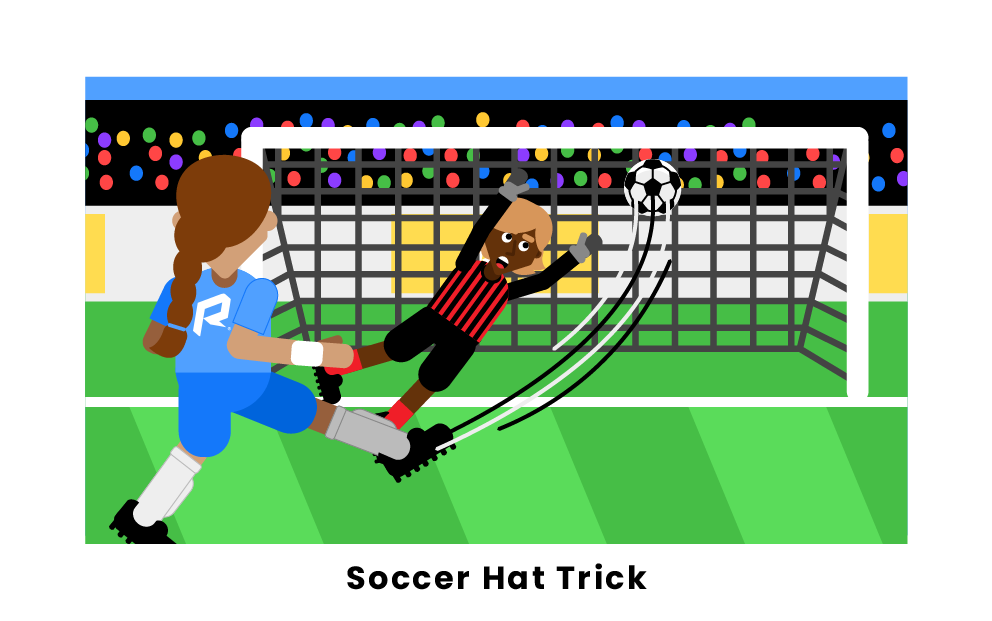