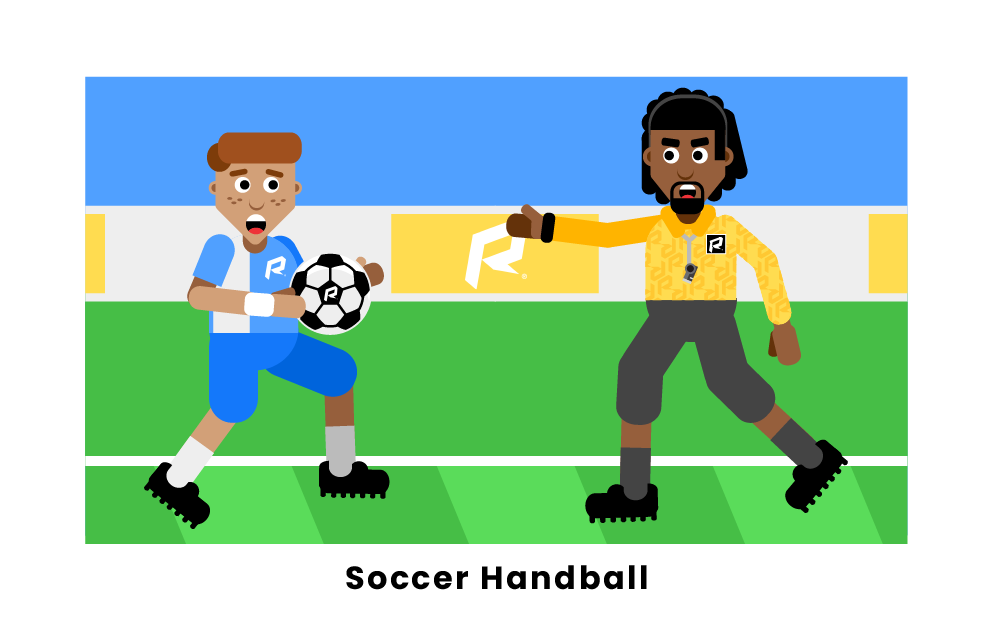 In soccer, a handball is considered an offense that violates the rules of the game. True to its common name of football, soccer requires that most players only contact the game ball with their feet. Therefore, intentional, incidental, or accidental contact between the ball and a non-goalie player’s hand is against the rules of soccer and can be penalized.

It is also ruled a handball if a player touches the ball when their hand or arm has unnaturally extended their range of contact with the ball, meaning that the position of the player’s arms are not considered a logical result of their movements. Handballs are also called when a player touches the ball if their hand or arm has been lifted above or beyond their shoulder level, as in being raised over their head.

However, there are certain instances when a ball strikes a player’s hand and is not considered a handball offense. These instances include: when a ball touches a player’s arm directly after being struck or played by the player’s own head or body (including their foot); directly after being struck or played by the head and body of another player who is near them; if the hand or arm is close to the body and not in an illogical position pertaining to their movements; or when a player falls, and their hand or arm impacts the ball while supporting their fall but is not extended away from the body to touch the ball deliberately.

In soccer, the traditional penalty awarded for a handball offense is a direct free kick. If the defense commits a handball within their own penalty box, a penalty kick will be awarded to the opposing offense. Players who intentionally cause a handball offense can be given a yellow or red card. 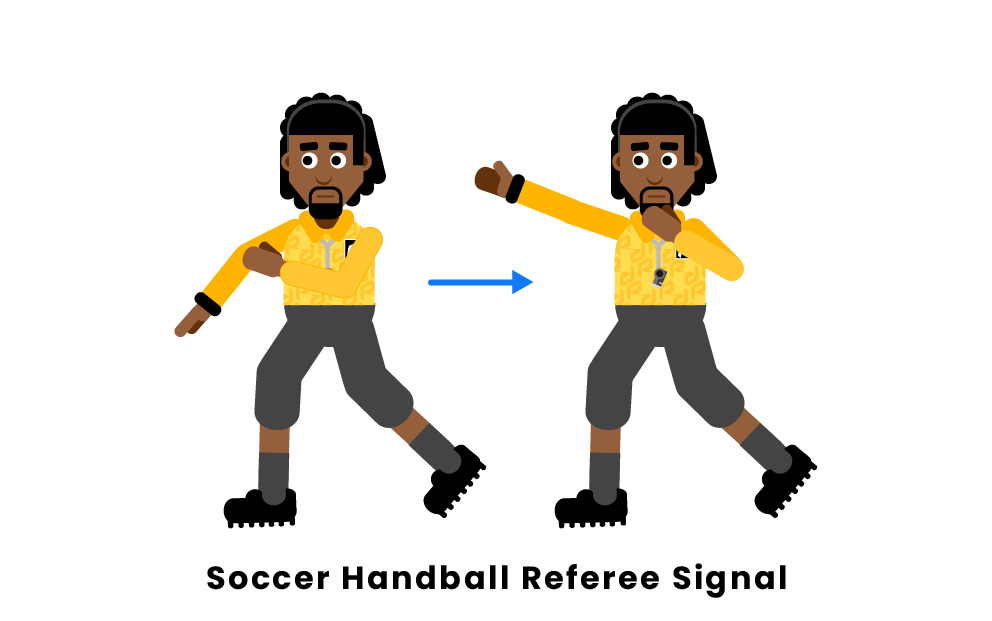 The signal for a handball offense involves the referee holding one arm away from their body at an angle with the hand pointing down towards the pitch. The referee then uses his opposite hand to strike the wrist of his downward-pointing arm. In the aftermath of a handball call, the referee will also traditionally perform the signal for a direct free kick, which involves blowing his whistle and pointing his non-whistle arm in the direction of the kick.

What is a handball in soccer?

A handball in soccer occurs whenever a non-goalie player (or a goalie outside of their penalty zone) touches the soccer ball with their hand, forearm, or upper arm. A handball occurs whenever a player deliberately or accidentally strikes the ball with their arm and also applies when a teammate kicks the ball into their arm and causes the ball to go into the goal. However, if another player accidentally kicks the ball into a player’s arm, no offense occurs.

What are the consequences of being called for a handball in soccer?

When a handball offense occurs, the non-offending team usually receives a direct free kick. In a direct free kick, the ball is taken at the spot of the foul, and a player from the non-offending team kicks the ball, usually in an attempt to score a goal. Handballs result in a free kick in FIFA soccer and most youth soccer leagues, including USA Soccer. Players who intentionally cause a handball offense can also be punished with a yellow or red card.

Is a shoulder a handball in soccer?