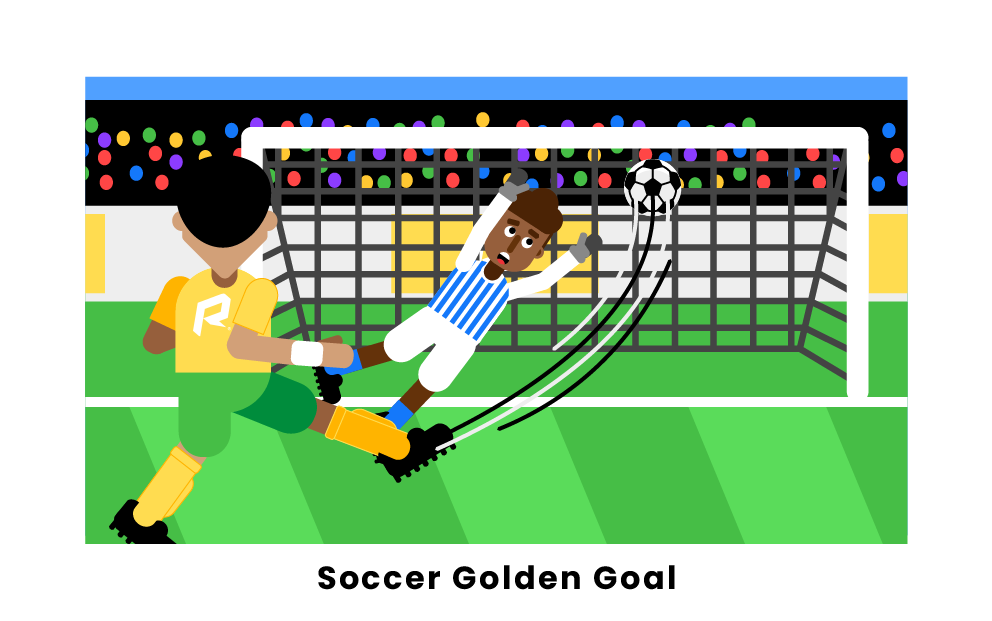 Have you ever wondered how ties are broken in soccer cups and tournaments? In most soccer leagues, there is no tie-breaking procedure, but in knockout competitions such as the FIFA World Cup and the UEFA Euro, ties must be broken to determine which team moves on. Currently, playing two 15-minute halves is the standard tie-breaking procedure, known as overtime. However, this was not always the case. In the 1990s and the early 2000s, FIFA experimented with a tie-breaking format known as the Golden Goal rule. The Golden Goal in soccer is the first goal that is scored following the end of the normal match time, deeming the scoring team the overall winner of the match.

What Is The Golden Goal Rule In Soccer?

In the mid-1990s, FIFA introduced the concept of the Golden Goal in international tournaments. The purpose of this rule was to set a standard method of breaking ties for knockout competitions. Since too many games were going to lengthy penalty shootouts, FIFA sought a quicker way to determine the winner in overtime.

Following the full 90 minutes of gameplay and the extra few minutes of stoppage time, if two teams were still tied, a procedure must determine how the tie is broken. This is to allow progression in a tournament. One attempt at solving this dilemma was the Golden Goal concept, where teams played two 7:30 halves of overtime until one team scored, breaking the tie. The team that then scored would be deemed the winner, ending the match. In the event that the Golden Goal was not scored in either of the two overtime halves, the teams would enter a penalty shootout to break the tie.

Why Did FIFA Get Rid Of The Golden Goal Rule?

FIFA got rid of the Golden Goal Rule because, instead of producing an exciting, attacking style of soccer in overtime, it created the opposite. Due to the high stakes of the Golden Goal, teams began to play more defensively in overtime, fearing an opposing counter-attack that could result in the goal that would knock them out of the tournament.

The outcome of the Golden Goal Rule was that teams played slower and more conservatively. Rather than exposing their defense to counter-attacks by going “all-out” and attacking, teams favored a slower game of possession, hoping to create a goal-scoring opportunity without sacrificing an opponent’s goal. Since a penalty shootout would be the final tie-breaking procedure if a Golden Goal was not scored, many teams tried to hold out until the end of the Golden Goal overtime.

The Golden Goal rule was not used universally; in fact, it was mainly only used in knockout-style competitions, such as the FIFA World Cup and the UEFA Euro. Instead, most leagues are dictated by a point system, where every team plays the same amount of games. A win, tie, or loss would result in a fixed amount of points corresponding to the outcome. The team with the highest amount of points at the end of the season would win the league.

What Is The Silver Goal Rule?

The Silver Goal Rule was another short-lived FIFA experiment in breaking ties. Following the termination of the Golden Goal in 2003, the Silver Goal was used in place from 2003-2004. Similar to the Golden Goal Rule, teams would play two 7:30 halves of overtime. However, a team scoring a goal in overtime would not immediately be deemed the winner of the match. Instead, the other team would have the opportunity to equalize up until the end of the overtime half. For example, if a team scored the first tie-breaking goal in the seventh minute of overtime, the other team would have 30 seconds of play to equalize. If the losing team did not equalize or score more goals, the original scoring team would win the match. This concept was scrapped in 2004 due to the complexity of the rules and its failure to fix the problems that the Golden Goal rule created.