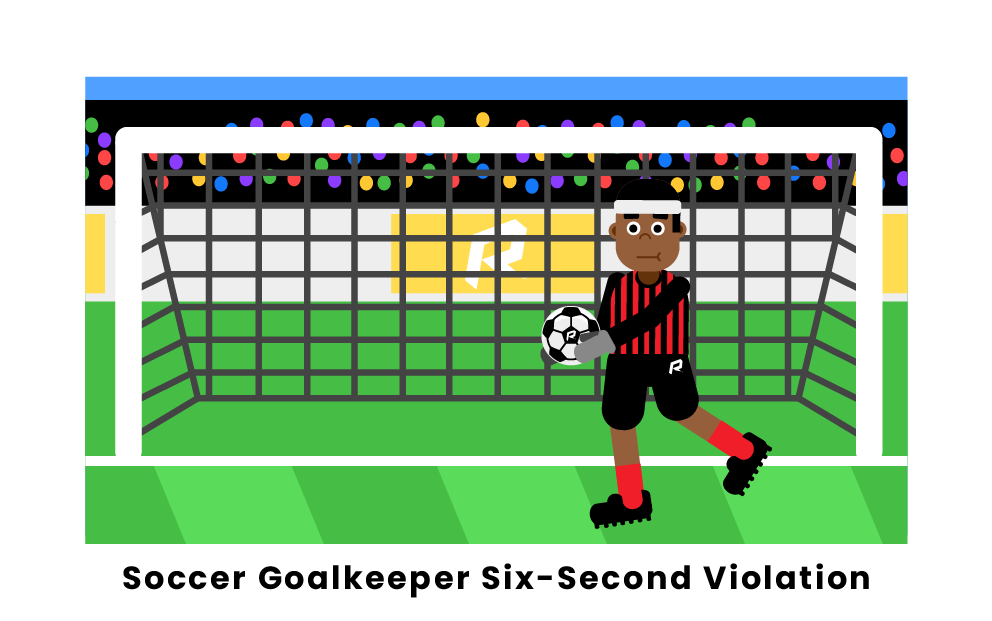 A goalkeeper six-second violation in soccer is a rarely-called foul meant to discourage goalkeepers from excessively holding on to the ball and slowing down the pace of play. Goalkeepers must release a held ball after six seconds; if they fail to do so, an indirect free kick will be awarded to the opposing team at the location of the foul.

A goalkeeper six-second violation is a foul that a soccer goalkeeper may commit by holding onto the ball for more than six seconds rather than playing it as required. Unlike other players in soccer, the goalkeeper is allowed to touch and hold the ball with their hands and arms, but only within the penalty area. The penalty area exists in a box extending 18 yards (16.5 meters) outward from each side of the goal and 18 yards into the field into the play; this box is marked with lines on the field.

There are several rules that restrict how a goalkeeper handles the ball within the penalty area, and one rule restricts them from holding the ball for longer than six seconds before releasing it. This restriction does not apply if the goalkeeper has caught the ball in making a save or caught the ball after rebounding it off their body. Referees usually enforce this rule loosely, only calling a foul after repeated violations.

The result of a goalkeeper six-second violation is an indirect free kick being awarded to the non-offending team. The captain of the non-offending team will select a player to take an unopposed kick from the location of the foul but without taking a direct shot at the goal. This result is the same across amateur and professional leagues, as the International Football Association Board (IFAB) dictates the laws of the game, which are used at all levels of play. 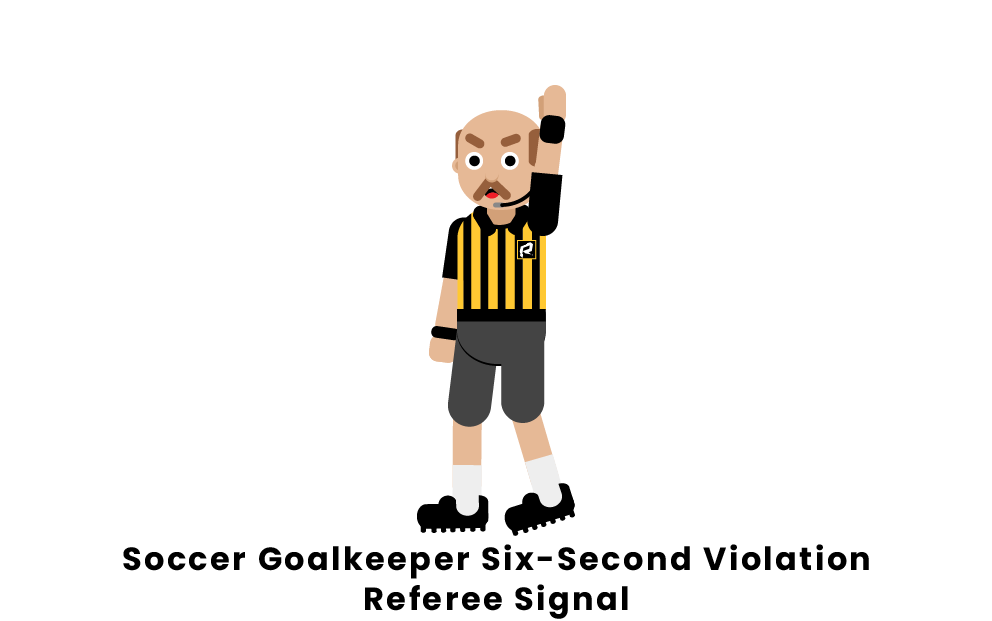 When a goalkeeper commits a six-second violation, the referee will blow their whistle, immediately stopping play. The referee will then show the signal for an indirect free kick by raising one arm straight over their head, pointing directly upward with their hand. A referee will typically give a goalkeeper an initial verbal warning for wasting time and allow more than six seconds of holding the ball, only calling this foul after repeated infractions.

What is a goalkeeper six-second rule violation in soccer?

What are the consequences of being called for a goalkeeper six-second rule violation in soccer?

The consequences of being called for a goalkeeper six-second violation in soccer are a loss of possession and an indirect free kick being awarded to your opponent. The team against whom the foul was committed will be allowed to kick the ball from the location of the foul. Due to the nature of this violation, this kick will always be taken from inside the penalty area. This proximity to the goal makes it easy for your opponent to convert the free kick into a pass and a shot by a teammate into the goal.

Why was the goalkeeper six-second rule created?

The goalkeeper six-second rule was created to prevent goalkeepers from holding the ball for an excessive amount of time in order to waste time and potentially gain a strategic advantage for their team. FIFA, the international governing body of soccer, has long sought to prevent time-wasting by the goalkeeper, particularly by enforcing the back-pass rule and the four steps rule. In 1997, the six-second rule was added to the laws of the game to give referees an additional tool to prevent goalkeepers from unfairly monopolizing control of the ball.