What is a soccer goal?

The way to score goals in soccer is to successfully kick the ball into the goal. There are two of them, one at each end of the field, and it is every player's goal to be the one to score in them. 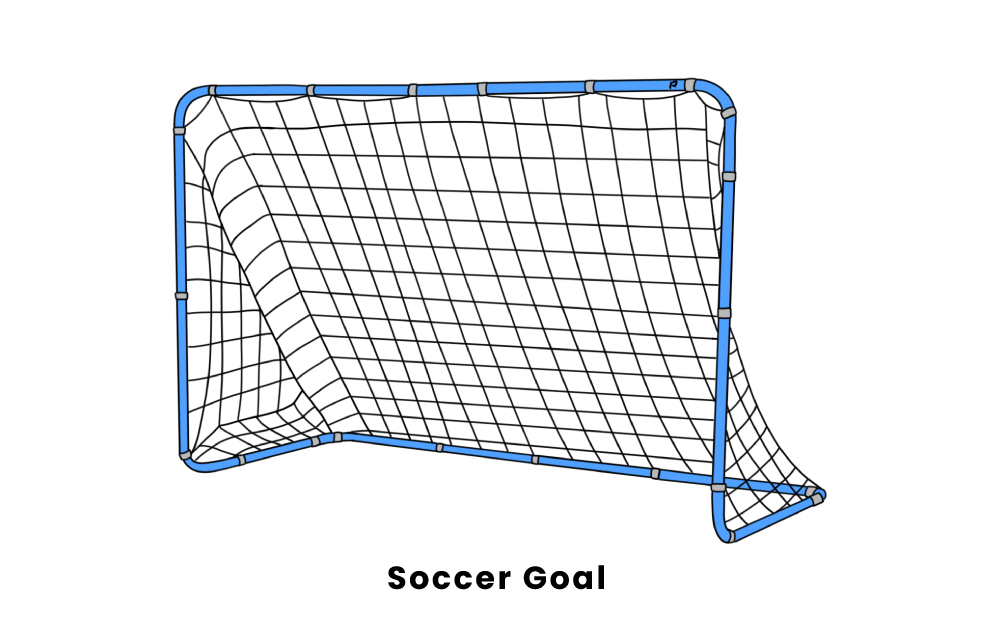 What are the uprights on a soccer goal?

The uprights are the two poles that run vertically on each side of the goal that connects to the cross bar. They are 8 feet high and mark the bounds of the goal. If a ball deflects off of the upright into the goal, the goal counts.

What is the crossbar on a soccer goal?

The crossbar is the bar that runs horizontally on top of the uprights. It is 24 feet in length and also 8 feet off the ground. If a ball skims the crossbar and goes into the goal, the goal counts.

What is the size of a goal in high school soccer?

Sizes of goals may vary for younger leagues. Many high school goal sizes are 7 feet high and 21 feet across as opposed to 8 feet by 24. Practice nets are available in varying sizes if teams wish to work with a smaller area for shooting.

What happens after a goal is scored?

Following a goal, play restarts with a kick-off, identical to the one at the beginning of a match. The team that conceded the goal puts the ball into play. The game clock does not stop after a goal, so if it is late in the game and the team that is behind just scored a goal or tied the game, you might see their players rush to grab the ball and reset quickly for a kick-off.