Soccer Excessive Use Of Review Signal 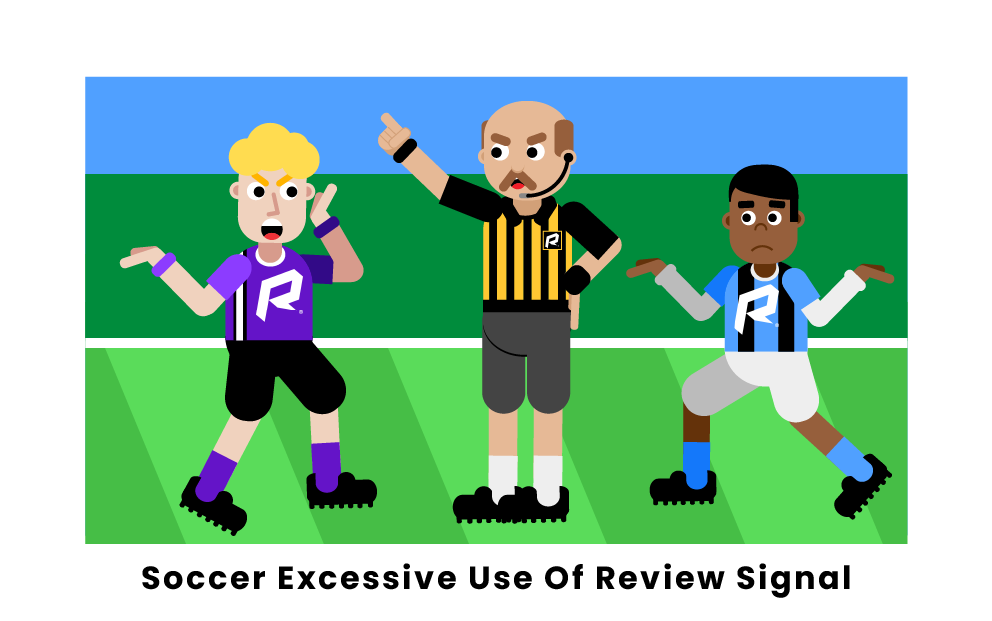 Excessively using the review (TV screen) signal is an offense that soccer players commit by repeatedly making the referee hand signal for a VAR review. This signal is only legally made by referees and is performed by drawing a square in the air using both pointed index fingers.

Excessively using the review (TV screen) signal is a cautionable offense committed when a player repeatedly makes a specific hand signal toward a referee to pressure that referee into requesting a VAR review. The process for requesting and performing a VAR review is subject to restrictions outlined in the Laws of the Game.

In particular, only an on-field referee may request a VAR review and only to confirm a decision they have already made. Also, only some referee decisions may be reviewed, including goals, penalties, direct red cards, and mistaken identity.

The result of excessively using the review signal being called is the offender receiving a caution and a yellow card. If this is the second caution the offender has received in a match, they will instead be shown a red card and ejected. This result is the same in both professional and amateur leagues, as the laws of the game dictated by the IFAB are followed at all levels of soccer. 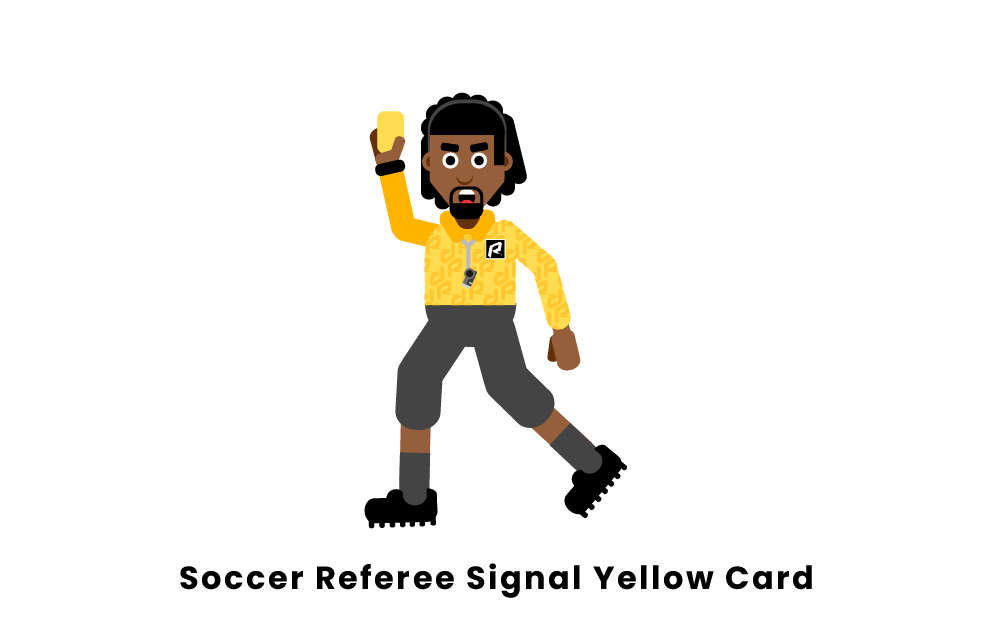 When an excessively using the review signal foul is called, the referee will whistle to stop play if necessary, though this foul is usually called during a stoppage. Next, they will point straight up in the air to signal an indirect free kick unless a more severe foul has occurred, in which case they will signal a direct free kick or penalty kick. Finally, the referee will walk up to the offender and show them the yellow card to issue the caution.

Similar Misconducts to Excessive Use of Review Signal

What is the review signal in soccer?

The review signal in soccer, also called the TV signal, is the hand signal that on-field referees use to initiate a review by the video assistant referee (VAR). The review signal is formed by starting with both index fingers held together, pointing forward at chest height, then moving the fingers outward, downward, then inward, drawing the shape of a square in the air. Only an on-field referee may request a VAR review; a player, team official, or match official making the review signal will not trigger a review.

What are the consequences of excessive use of the review signal in soccer?

The consequences of excessive use of the review signal in soccer are losing possession of the ball, as well as receiving a caution and being shown a yellow card. Being shown a yellow card lets all players and fans know that you are one caution away from an ejection. If your team is in possession of the ball when excessively using the review signal is called, your opponent will be given the ball and allowed to take an indirect free kick.

When was a rule regarding excessive use of the review signal added to soccer’s laws?

A rule regarding excessive use of the review signal was added to soccer’s Laws of the Game in March 2018, when the International Football Association Board (IFAB) voted to add it to the laws for the upcoming season. The 2018-19 FIFA season and 2018 World Cup were the first competitions subject to this rule change. The new rule was added to Law 12, which covers fouls and misconduct. It prohibits excessively using the review (TV screen) signal, making this offense punishable with a caution.

Pages Related to Soccer Excessive Use Of Review Signal