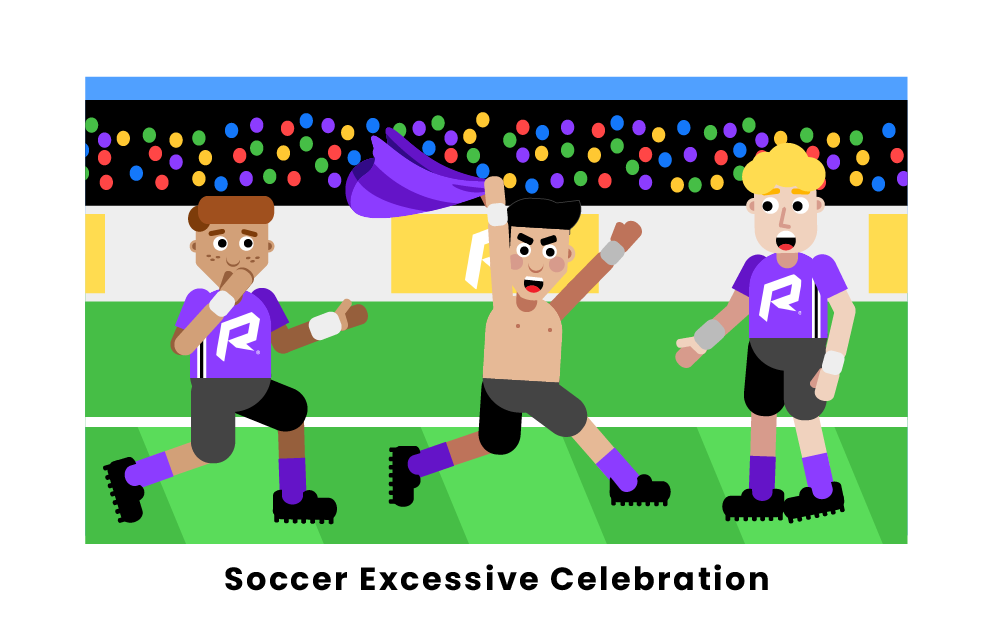 For spectators and fans of soccer, watching players celebrate a goal can be almost as exciting as watching them score. The celebration may be an elaborate performance or an initial passionate reaction, making for great entertainment. Unfortunately, these celebrations can go too far, leaving referees with no choice but to punish the offender.

An excessive celebration in soccer violation is called when a player takes their enthusiasm a little too far. Obviously, emotions can run wild during a game. Being excited when things are going well is not only understandable; it’s expected. This excitement only becomes a problem though when it hinders the safety or efficiency of the game.

The effect on safety and efficiency are probably the best two indicators of whether a celebration has gotten excessive. Anytime the restart of play is delayed or the security of anyone in attendance is called into question, an offense has been committed. For example, inflaming tensions by acting provocatively does nothing to help the game’s flow and could lead to skirmishes, which means delays.

Taking off clothing or having long, choreographed celebrations often do the same thing. Jumping on fences and interacting with spectators is also time-consuming, but there is also the added concern of endangering all those on the field as well as in the stands in the event of a mob. This is why an offense is typically called anytime a celebration is getting out of hand.

At the professional level, players may be cautioned or even ejected, depending on the severity of the excessive celebration. This is indicated, respectively, by either a yellow or red card. The consequences only slightly differ from the rules of lower-level play. For high school or youth soccer, the rules can vary from state to state and even further from school district to school district. However, the most likely result of excessive celebration of a goal in any league is a caution from the referee. 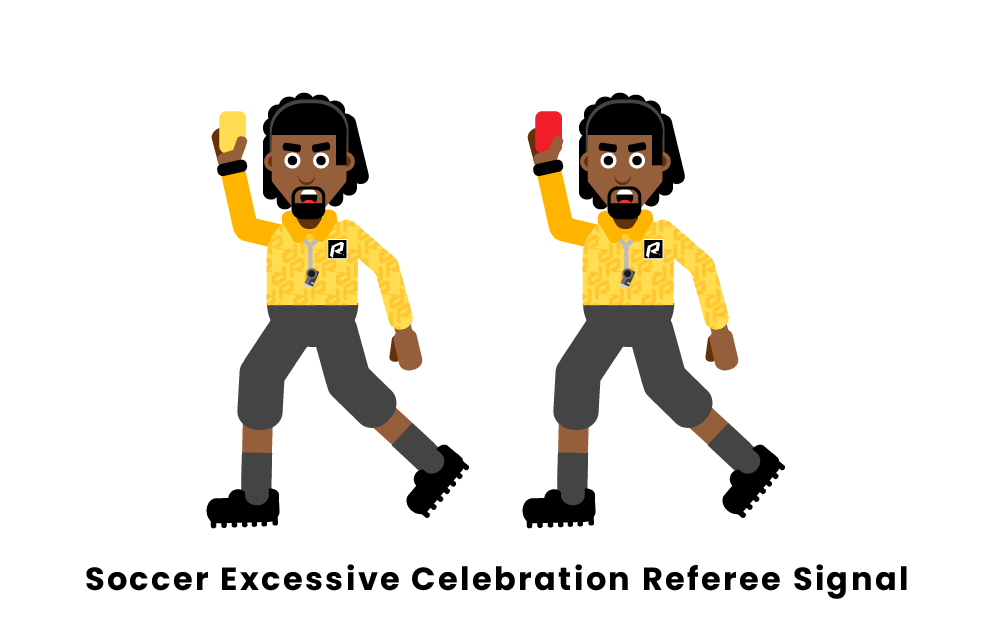 If a player is guilty of excessively celebrating a goal, one of two things may happen. The player will be cautioned with a yellow card and allowed to continue the game, or the player will be given a red card. In the first instance, the referee draws the yellow card and holds it above their head as a warning. In the second, the player has probably already been cautioned and is subsequently given a red card and ejected.

What is excessive celebration in soccer?

An excessive celebration in soccer can be described as anything that is unsafe, inflammatory, or too time-consuming. Leaving the field of play to celebrate is allowed, but the player should return as quickly as possible. Choreographed celebrations are also allowed (though not encouraged) as long as they don’t delay the restart of play. Actions that are derisory or provocative are also deemed excessive.

What are the consequences of being called for excessive celebration in soccer?

The consequence of being called for excessive celebration in soccer is a caution. If a referee deems a player guilty of this violation, the referee then has the right to caution that player. This caution comes in the form of a yellow card unless this particular player has already committed a cautionable offense. If the player has already received a yellow card, the referee will pull a red card.

Are you allowed to celebrate after scoring a goal in soccer?

Celebrating after scoring a goal is allowed in soccer. However, there are some caveats that players should be aware of. It’s probably best not to choreograph a celebration. It is also recommended to keep on and in place all articles of clothing. Refrain from making any rude gestures and keep the celebration on the field. If you can manage to do all of this during your celebration, you will most likely avoid being called for a violation.