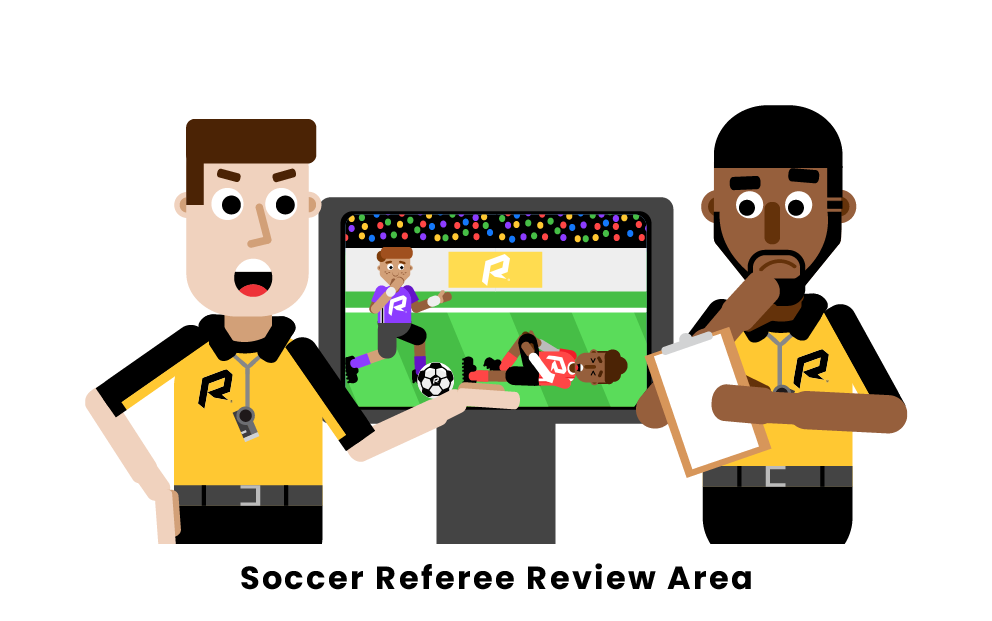 In many professional soccer matches, on-field officials and referees are assisted by video referees and instant replays. These video technologies allow referees to determine things such as fouls, possession, and goals in debatable scenarios. These reviews occur in a designated Referee Review Area (RRA), which cannot be entered by anyone but the referees without incurring a penalty.

Like many sports, modern soccer has benefitted from the development of video review technology, which can allow players and referees to see plays up close and from many different angles. These replay technologies can allow game officials to view a disputed event, such as a foul or a potentially illegal move, in greater detail, making their ultimate decision more accurate.

In order to keep these video reviews private and prevent referees from being influenced by players or coaches during their reviews, FIFA laws require that every soccer field that uses Video Assistant Referees, or VARs, have a designated Referee Review Area (RRA). In the Referee Review Area, referees can privately view a recording of the previous play. The requirements for the RRA stipulate that it must be in a visible location that is not on the field of play and that it must be clearly marked as an RRA, which only referees can enter.

According to the Laws of the Game, it is forbidden for any player, substitute player, coach, or other team official who is not a referee to enter the RRA during any match where video reviews occur. Entering the RRA results in a caution to the person who does so. However, because the misconduct is not considered blatant, the punishments for entering the RRA are not as severe as some other fouls. However, this should not encourage any soccer player to enter the review area deliberately. It is important that the video review process retains its integrity and allows the referees to review the game fairly and honestly.

Entering the Referee Review Area is a cautionable offense for any player, substitute, coach, or non-referee official. Cautionable offenses receive a yellow card in soccer. Whenever a member of a soccer team receives a yellow card, they can continue to play in the match or to participate in their role if they are a coach. However, they must be careful to avoid earning a second yellow card, as players who earn two yellow cards in one game automatically receive a red card, which expels them from the match. Receiving many yellow cards over the course of a season can also result in suspensions or fines. 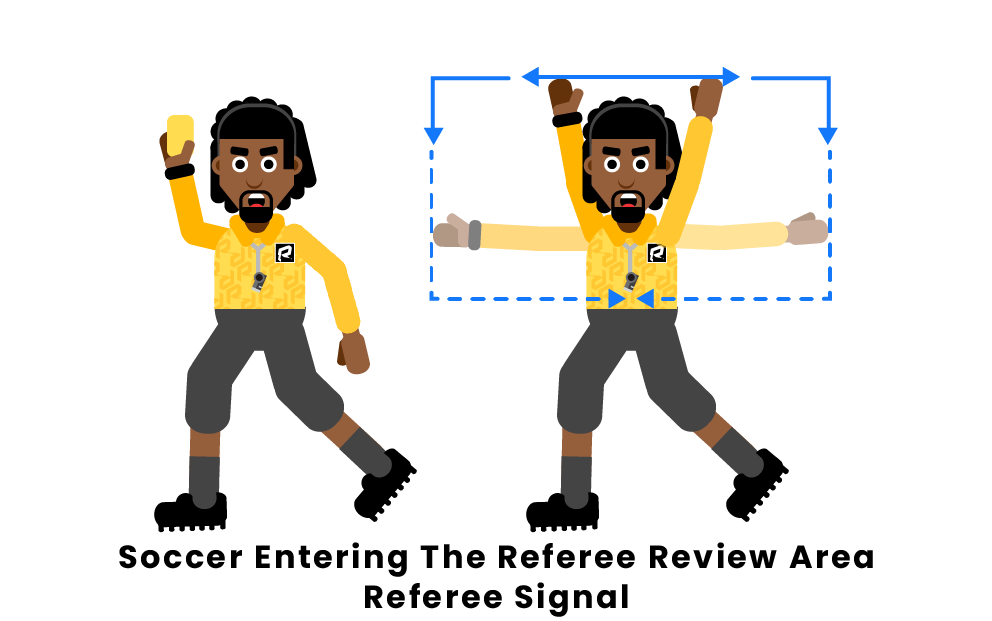 In soccer, the signal for a cautionable offense (including a player or coach entering the Referee Review Area) is the referee flashing a yellow card, which indicates that the person committing the offense has been cautioned. In order to avoid a penalty for entering the RRA, players should also be aware of the Review Signal, also known as the “TV Signal,” which is made by the Video Assistant Referee when a review is called for. This signal involves the referee holding and waving their arms above their head, making a box shape resembling a television. Players who see this signal should know that a review is underway and that they must avoid the Referee Review Area.

What is the referee review area in soccer?

In soccer, the Referee Review Area, or RRA, is a designated area of the soccer field where referees perform video reviews of disputed plays, such as checking fouls and confirming goals. RRAs are used whenever a Video Assistant Referee, or VAR, is present at the game. According to FIFA rules, the RRA must be a clearly marked area, off of the field of play, in a visible location. It is forbidden for any player, substitute, or team official to enter the RRA during a review.

What are the consequences of entering the referee review area in soccer?

If a soccer player, substitute, or coach enters the Referee Review Area during a game, they are typically given a caution, or yellow card. For players, a yellow card is a warning for a cautionable offense. While players who receive a yellow card are allowed to keep playing, they must avoid receiving a second yellow card for the duration of the game, as receiving two yellow cards in one game is an automatic red card and results in expulsion from the game.

What is the “TV signal” in soccer?

In soccer, the “TV signal” is used by referees to indicate that a video review will be taking place. To perform the TV signal, a referee holds their arms over their head and waves them in a box-shaped motion, similar to a television screen. The TV signal does not necessarily indicate a violation has occurred, only that a review is taking place. Violations may be given out after the review if the video shows a foul occurring. Excessive use of the TV signal by a player or coach seeking a referee review can result in being cautioned as well.