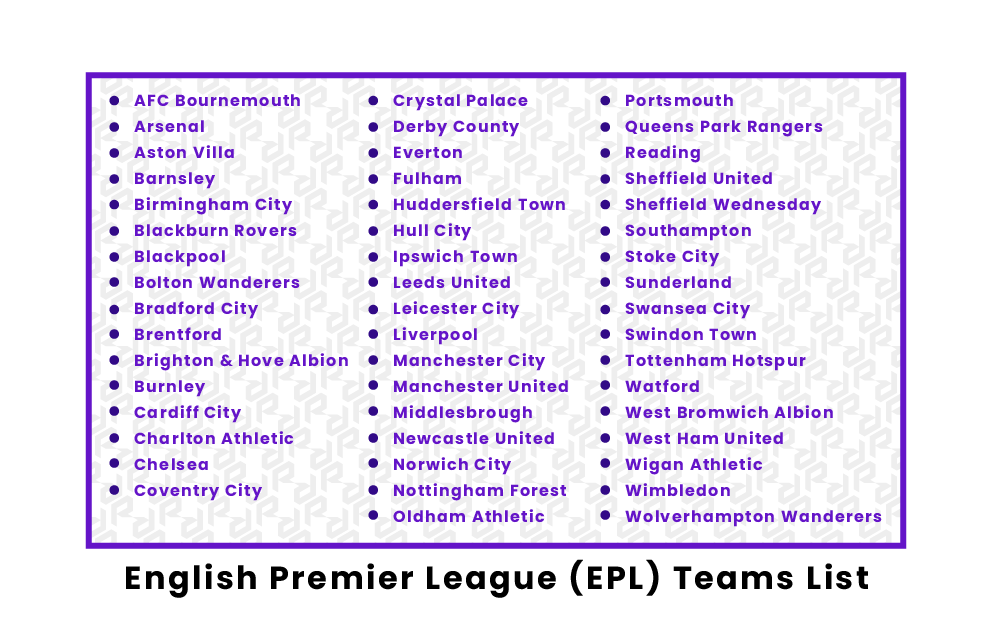 The English Premier League (EPL) is England’s professional soccer league. There have been a total of 50 teams to play in the EPL. However, the league enforces a relegation and promotion system with other English leagues, so there are only 20 teams at any given time. Below is a list of teams that have played in the Premier League with active teams bolded.

What Teams Are In The English Premier League?

What is the oldest EPL Team?

In terms of first founding, Aston Villa is the oldest EPL team. Aston Villa was founded all the way back in 1874, and they have not changed their name since. Fourteen years later, in 1888, the first English soccer league was formed. The league was known as the Football League and had Aston Villa as one of its original members.

What team has won the most EPL Titles?

What is the best EPL team of all time?

Manchester United is the best team in the Premier League’s history. With 13 championships in 27 years, Manchester United’s continued success makes them a clear frontrunner for the greatest EPL team of all time. However, it must be noted that rival Manchester City has won four of the last six league championships and is currently the team to beat.