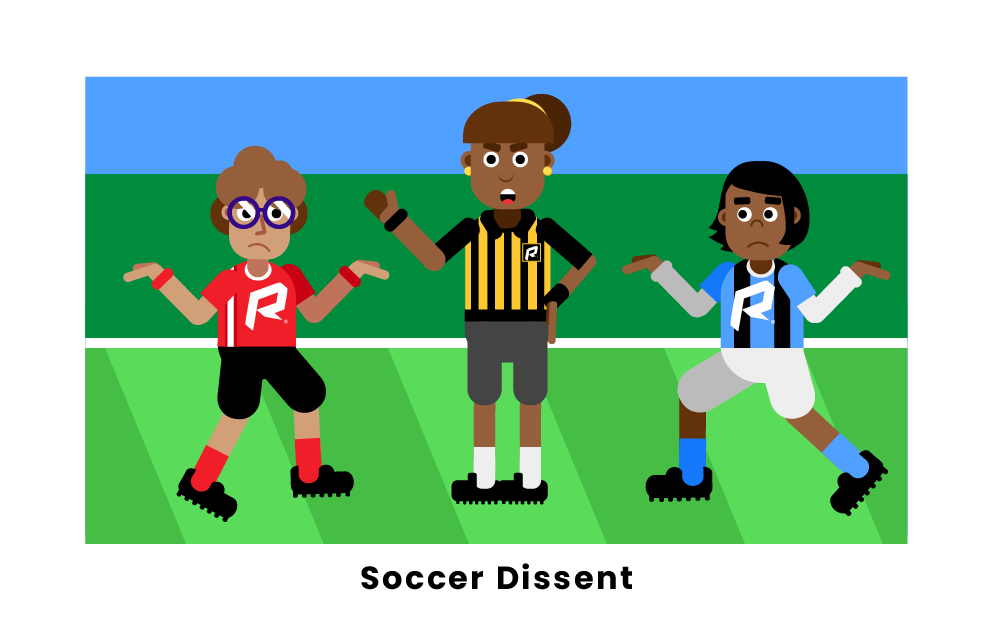 In soccer, dissent is defined as any outward or public disagreement with a referee’s decisions, either verbal or through physical actions. If a player in a soccer match expresses public disapproval of any decision made by the match’s official, that player may receive a dissent penalty and receive a caution, including a yellow card.

In soccer matches, referees often have to make quick judgment calls based upon fast-moving plays, declaring things like goals, infractions, and penalties. Sometimes, if an official’s decision causes anger or dismay in one of the players or coaches, that person will express disapproval of the decision through their words or actions. Based on its severity, this form of disapproval is called dissent and is against the rules of soccer as a cautionable offense.

There are a few different types of actions that can qualify a dissent foul in soccer. Most dissent involves rude verbal comments or gestures, such as dismissive language, hand waving, or even foul words and obscenities. Insulting or abusive language after a call can also count as dissent. The IFAB rules explicitly highlight three types of cautionable dissent, which are: throwing or kicking drinks or bottles, as well as any other objects on the field, gestures that display blatant disrespect for officials (such as insults, or gestures like sarcastic clapping), and deliberately leaving the field of play in order to express dissent towards a decision.

There are certain sets of guidelines in various soccer leagues governing what is termed dissent. One of these methods is known as the “3Ps,” which stand for Personal, Public, and Provocative:

If a dissenter’s action satisfies any combination of these three criteria or satisfies one of them in the extreme, dissent is called.

Dissent in words or actions is a cautionable offense for both regular and substitute players and is punished by a yellow card and an indirect free kick for the opposing team. A yellow card serves as a warning for the offending player, while an indirect free kick takes place from the spot of the foul, allowing the non-offending team to gain possession of the ball and try for a goal. If dissent continues after a penalty is issued or involves certain blatant offenses, a referee may choose to give the dissenter a red card and expel them for the remainder of the match. 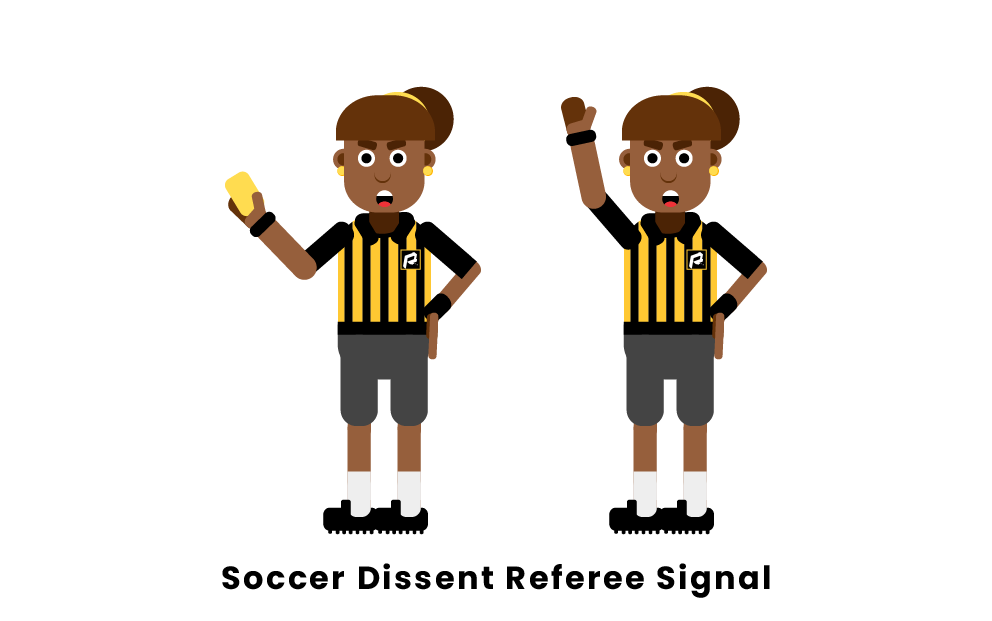 In soccer, dissent is often signaled verbally by the officiating referee and is traditionally followed by two signals. The first signal would be the flashing of a yellow card to signal the cautionable offense of the dissenting player. The second signal would be for an indirect free kick awarded to the non-offending team. To signal an indirect free kick, the referee raises their arm into the air, keeping it steady in that position until the kick is completed, and the ball touches another player aside from the kicker.

What is dissent in soccer?

In soccer, dissent occurs whenever a player or team official publicly objects to a call made by the game referee. Dissent can be verbal or action-based and consists of things such as insults, abusive or foul language, threatening or dismissive gestures, and throwing or kicking objects. Dissent is often called in the aftermath of other penalties that players object to or in the absence of calls that a player believed were necessary.

What are the consequences of being called for dissent in soccer?

Can managers be called for dissent in soccer?

Managers are not often called for dissent in soccer, but they can be. if their dissent is blatant and disruptive, they may be dismissed from the game and replaced by their assistant coach. Though the rules of soccer do not officially hold a position on calling managers for dissent, it is possible to find them guilty of a dissent foul and penalize them for it.