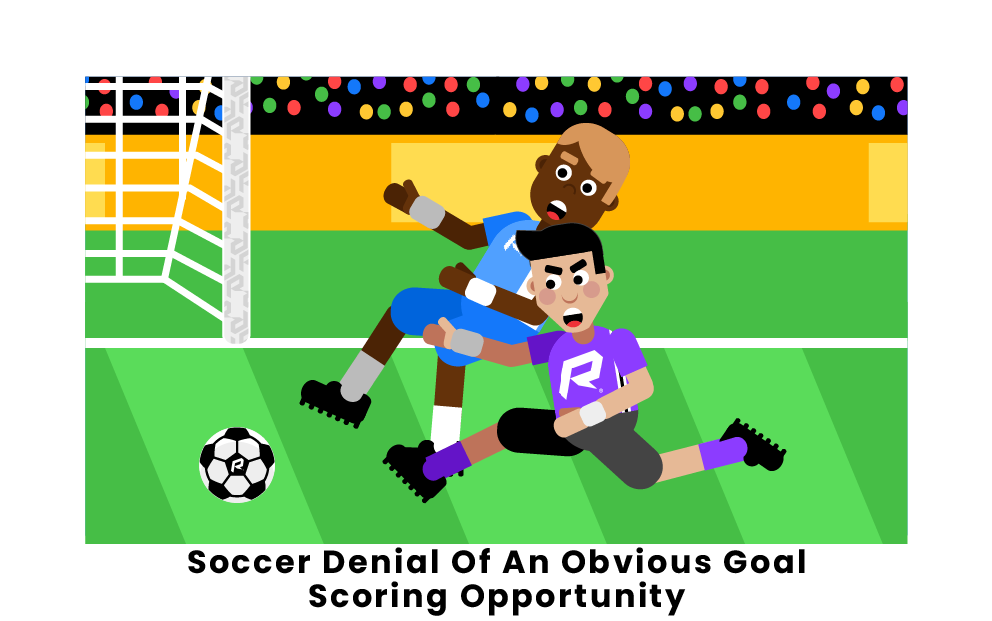 The primary goal of soccer is to score more goals than the opponent. However, there are limits on what defenders can do to prevent clear goal-scoring opportunities for their opponents. Once an attacker is in the box, the referee must keep a close eye on the defenders to make sure they are legally playing the ball and not illegally denying the attacker a goal-scoring chance.

Oftentimes, the guilty player is sent off with a red card. If the player was clearly attempting to make a play on the ball while committing the foul in the penalty area, the referee might only award a yellow card to the defender. However, a red card is awarded in all cases of handballs or fouls purposefully committed with no attempt to play the ball legally.

These fouls can often be potentially dangerous as the attacking player is focused on taking the shot, and the defender comes in from behind or from the side to illegally deny the goal-scoring opportunity. Fouls of that nature merit a red card.

These fouls can occur at any time in a game when an attacker is in a position to likely score a goal. The referee must consider the chances of scoring at the time of the foul when making this call.

Both USA Soccer and FA regulate the standards for the denial of an obvious goal-scoring opportunity in a similar way. This play is unethical and oftentimes can be dangerous. Therefore, in most leagues around the world, the guilty player is given either a red or yellow card, depending on the situation, and the attacking team is given a penalty kick to compensate for the lost goal-scoring chance.

Yellow cards signify a cautionable offense in soccer and serve as a warning to the offending player; receiving a second yellow card within the same match will result in ejection. Red cards mean that the player will be immediately sent off for the remainder of the game. 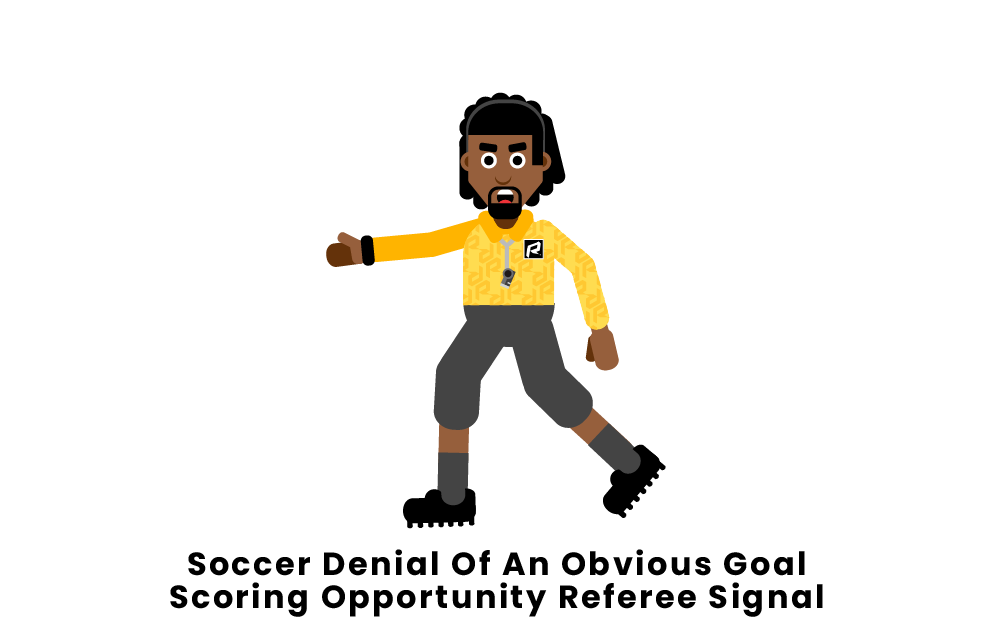 The referee will blow his whistle unless they deem the attacking team should have advantage play. Then, the official will point their hand to the assigned penalty kick spot on the field to indicate the attacking team will be awarded a penalty kick due to the denial of a goal-scoring opportunity. The referee will then deliver either a red or yellow card to the guilty player depending on the nature of the offense.

Similar Misconducts to a Denial of an Obvious Goal Scoring Opportunity

What is a denial of an obvious goal scoring opportunity foul in soccer?

A denial of an obvious goal-scoring opportunity foul in soccer is any play in which a defender illegally prevents an attacker from attempting to score a goal in the penalty area. This foul can come in the form of a handball where the defender purposefully blocks a shot with their hand or by a foul committed directly to the attacking player with the intent of preventing their shot on goal.

What are the consequences of being called for a denial of an obvious goal scoring opportunity foul in soccer?

Being called for a denial of an obvious goal-scoring opportunity foul has two major consequences. First, the attacking team will be awarded a penalty kick, which is a highly efficient goal-scoring play. Second, the guilty player will be given either a yellow or red card. If they were making a play on the ball, they might get away with a yellow card, but the player is more often sent off with a red card for this misconduct violation.

What is DOGSO in soccer?

DOGSO is the acronym, or shortened term, used by soccer players, coaches, referees, and fans in reference to the denial of a goal-scoring opportunity foul in soccer. The full name is a bit of a mouth full, and this acronym is a bit easier and quicker for people to say. These plays can be some of the most impactful in a game and have earned the shortened term.