Soccer Delaying The Restart Of Play 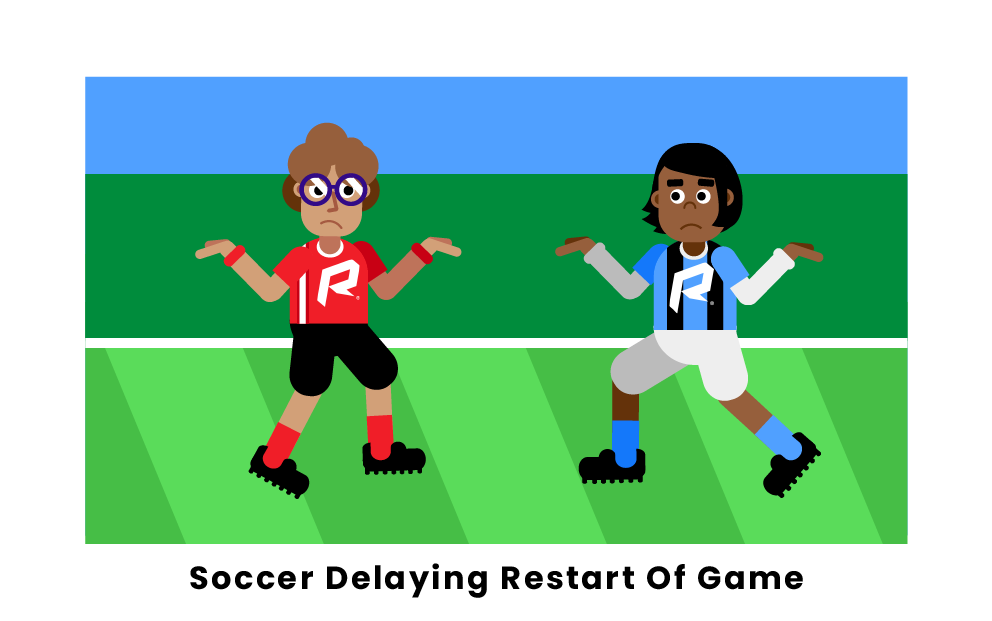 There are many ways for a player to delay the restart of play in a soccer game. Basically, the referee can call this offense any time a player or team does something that unnecessarily prevents the game from continuing. As a cautionable offense, delaying the restart of a game warrants a yellow card in most cases.

In soccer, players can be penalized for delaying the restart of play, which can happen in a number of ways. When a referee calls this infraction, a player has done something that unnecessarily prolongs the time between the stoppage and restart of play.

A player can do any number of things to constitute being called for this offense. They could pretend to take a throw-in but instead force a teammate to take it. A referee could make this call if a player is using the review signal for TV too often or doing anything else that could be considered excessively delaying the restart of play.

There are some players who may use this foul to their advantage. It is not unheard of for a player to take a free kick from the wrong position so that they can get a retake. Despite this example, it is most likely that players often commit this offense by mistake. Celebrating a goal too long or getting too close to a dropped ball are both ways in which a player could accidentally delay the restart of a game.

To signal that a player has done something worth receiving a warning, such as delaying the restart of play, a referee will pull a yellow card. This means that a player has committed an offense that is worthy of a caution, though not necessarily an ejection.

The result of a delaying the restart of play offense being called is a yellow card. According to FIFA, the highest governing body of professional soccer, a referee is obligated to caution or yellow card players who delay the restart of a game. The referee will blow their whistle to signal a yellow card and award the opposing team a free kick.

This is not a major offense, which is why it only calls for a yellow card. However, a second yellow card by the same player within the same match will result in ejection. This is true even if the offenses that warranted the yellow cards were relatively minor. 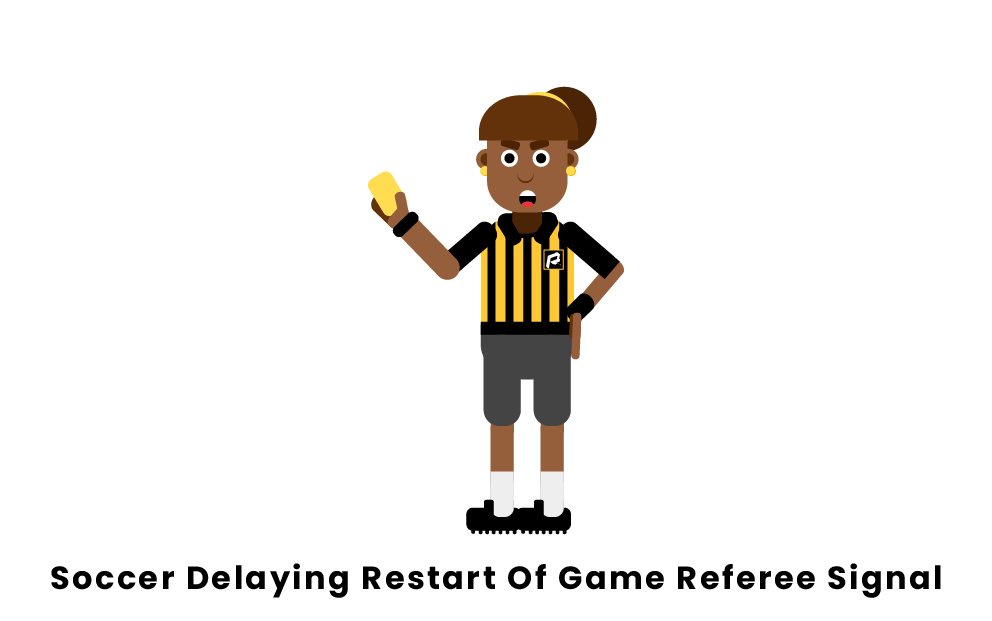 When a player is guilty of delaying the restart of play, a referee will pull a yellow card. When a referee does this, they first take the card out of their pocket. They then point it at the player who committed the offense before lifting the card into the air. One yellow card is just a warning but if a player commits a second offense, they receive another yellow card. Two yellow cards are equal to a red card, and the penalty for a red card is ejection from the game.

Similar Misconducts to Delaying The Restart Of Play

What is delaying the restart of play in soccer?

In soccer, delaying the restart of play is any action that hinders the progress of the game. This can include provoking other players, celebrating a goal for too long, or taking too long to leave the field when being substituted for another player. There are plenty of other examples, but the main point is that all of these occurrences slow down what is already a long game and can result in consequences from the referee.

What are the consequences of being called for delaying the restart of play in soccer?

What are the three ways to restart a game in soccer?

A kick-off, dropped ball, and free kick are three ways to restart a game in soccer. Kick-offs take place at the start of each half of the game and after every scored goal. The referee will use a drop ball to resume play if the ball was last in the penalty area or if play stopped for any reason other than normal fouls or misconduct. In most situations, play will likely be restarted by an indirect or direct free kick.

Pages Related to Soccer Delaying The Restart Of Play