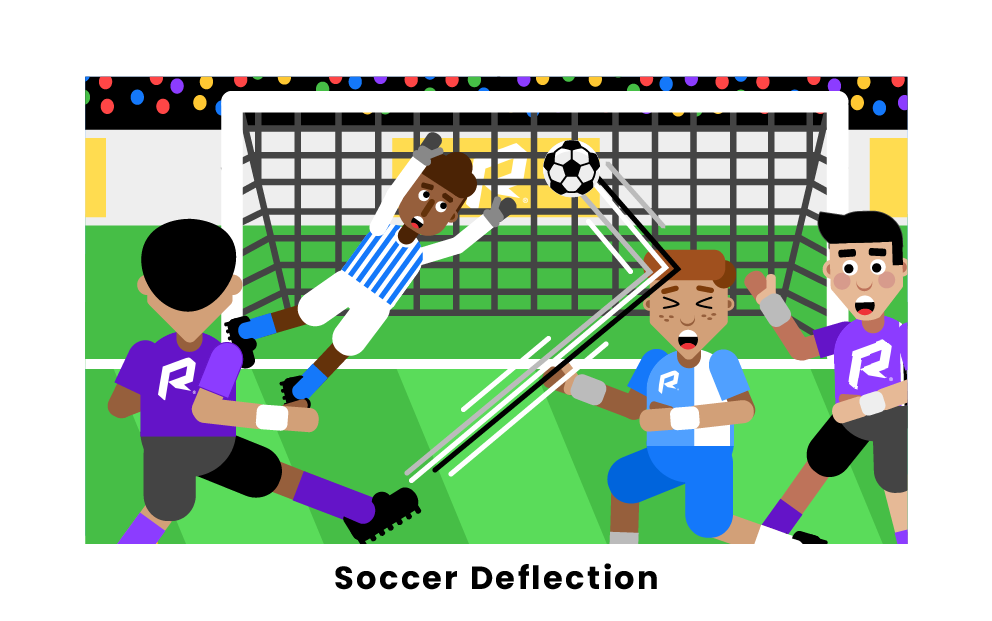 What is a Deflection in Soccer?

A deflection is a shot that has made contact with one or more players, officials, or stationary objects (such as goalposts). If a deflection successfully crosses the goal line, the last person hit by the deflection will determine who gets credit for the goal and whether it is scored as an offensive goal or an own goal.

How Does a Deflection Work?

A deflection happens whenever the ball bounces off another player or object on the pitch and changes direction. A deflection also occurs when a goalkeeper or player touches the ball after it's been shot to alter its trajectory. Deflections can be intentional or accidental; the intent affects the application of certain rules, such as offside and handball violations.

Deflection vs. Own Goal

When a shot is deflected by the goalkeeper into the net, the shooter is awarded the goal. However, if a defender causes a significant deflection, resulting in a goal for the opposing team, the defender will be given an own goal rather than the shooter getting credit for the goal.