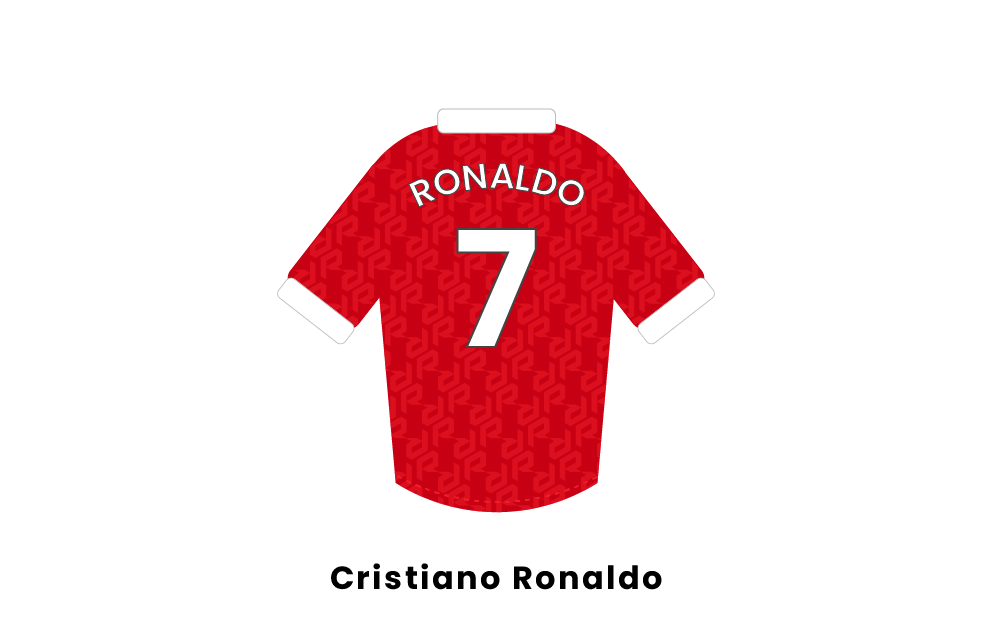 Cristiano Ronaldo is a Portuguese soccer player who is known to be one of the greatest players of his generation. He currently plays as a striker for Manchester United and the Portuguese National Football Team. He previously played for the clubs Sporting CP, Real Madrid, and Juventus. He has won seven league titles collectively with Manchester United, Real Madrid, and Juventus. Alongside that, he also has won the Champions League title five times and the UEFA Euro League and Nationals League once.

Not only is Ronaldo known for his soccer skills, but he is also known to have one of the highest social media followings across his platforms. This has landed him contracts with major companies such as Nike. Ronaldo has also established his own brand CR7, through which he sells eyewear, footwear, underwear, and fragrances. Cristiano Ronaldo has made a huge impact on this generation with his soccer skills and popularity.

Cristiano Ronaldo began his professional soccer career in 2002 at Sporting Club de Portugal as he was promoted from their youth team. After a successful season at Sporting, he was transferred to the Premier League to play for one of its biggest clubs, Manchester United. At the time, his transfer cost £12.24 million. He wore the number 7 jersey which had been worn by many great soccer players previously. He lived up to that and became a sensational player as he helped Manchester United win the Premier League title and Champions League title in the 2007-2008 season.

Soon after, Ronaldo transferred to Real Madrid in 2009 and played there until 2018. He helped win Real Madrid multiple La Liga titles, but also three Champions League titles in a row. He ended his Real Madrid career with 292 matches and 311 goals. In July 2018, he transferred to Juventus, where he made 134 appearances and scored 101 goals.

Ronaldo transferred back to Manchester United in 2021, where he still plays today. This was a monumental transfer for fans of CR7, who were delighted that he was returning to the Premier League.

Ronaldo has also been awarded top scorer 17 times during his career which includes the Champions League, La Liga, Premier League, FA Cup, and Fifa Club World Cup. Ronaldo was also the UEFA Best Player in Europe during the years of 2014, 2016, and 2017. Ronaldo also has the record for most goals scored in the UEFA Champions League, with 130 goals. From 2007 to 2018, Ronaldo has been awarded Footballer of the Year in Portugal as well.

Ronaldo grew up in Madeira, Portugal and is the youngest of four children. He was first introduced to soccer through his father’s job as an equipment manager for a boy’s soccer club. As a child, Ronaldo also faced multiple hardships growing up due to his father’s drinking problem. Despite this, he shared a close relationship with his parents.

Ronaldo previously dated model Irina Shayk, who ended their relationship after five years in 2015. In 2016, Ronaldo started dating Georgina Rodriquez who he is currently with. He has five children: Cristiano Ronaldo Jr., Eva Maria dos Santos, Mateo Ronaldo, Alana Martina dos Santos Aveiro, and Bella Ismerelda. Ronaldo Jr. was born in 2010 and Ronaldo has full custody of his son due to an agreement with Ronaldo Jr.'s mother. Her identity remains a mystery as they did not want to disclose this information. Eva and Mateo were born in 2017 via surrogacy. In 2017, Rodriguez gave birth to Alana. In 2022, Rodriguez gave birth a second time to Bella Ismerelda.

Which teams has Ronaldo played for?

Ronaldo started his career at Sporting CP and eventually transferred to Manchester United in 2003, Real Madrid in 2009, Juventus in 2018 and then back to MU in 2021. He also plays for the Portuguese national football team. Ronaldo’s career accelerated while he was at Manchester United. He helped the club win a league title after 4 years. Ronaldo performed extremely well for Real Madrid, ending his career with 311 goals in 292 matches.

How has Ronaldo gained so much popularity?

Ronaldo is well known for his skill on the pitch. Due to this popularity, he is one of the highest-paid endorsers. Ronaldo differentiates himself from other athletes as he leverages his social media presence and brand power. Across his Instagram, Facebook, and Twitter, he has over 440 million fans. Brands all across the world have made him the face for their companies, ranging from cable providers to watch companies. Ronaldo has successfully used his presence to build a brand and following for himself.

Does Ronaldo do charitable work?

Ronaldo has been known to make considerable contributions to different charities during his career. During the 2004 Indian Ocean tsunami and earthquake, he went to Indonesia to help raise funds for the rebuilding of the country. He has also previously auctioned off his Ballon d’Or trophy from 2013 to raise money for the Make-a-Wish foundation. He had also made a hefty donation to Save the Children to help with clothing, food, and medical care for the children in Syria.

Do Ronaldo and Messi have a rivalry?

When they both played the La Liga, Ronald and Messi had almost a decade long “rivalry” due to their clubs being old rivals. Ronaldo then played for Real Madrid and Messi still plays for F.C. Barcelona. Not only that, but both have always been top players, breaking new records. Both players are considered to be two of the best of their generation and are naturally compared to one another in the public eye. Both have challenged each other to compete and do their best. Despite many rumors and talk, both have condemned this rivalry publicly and act civil with one another.