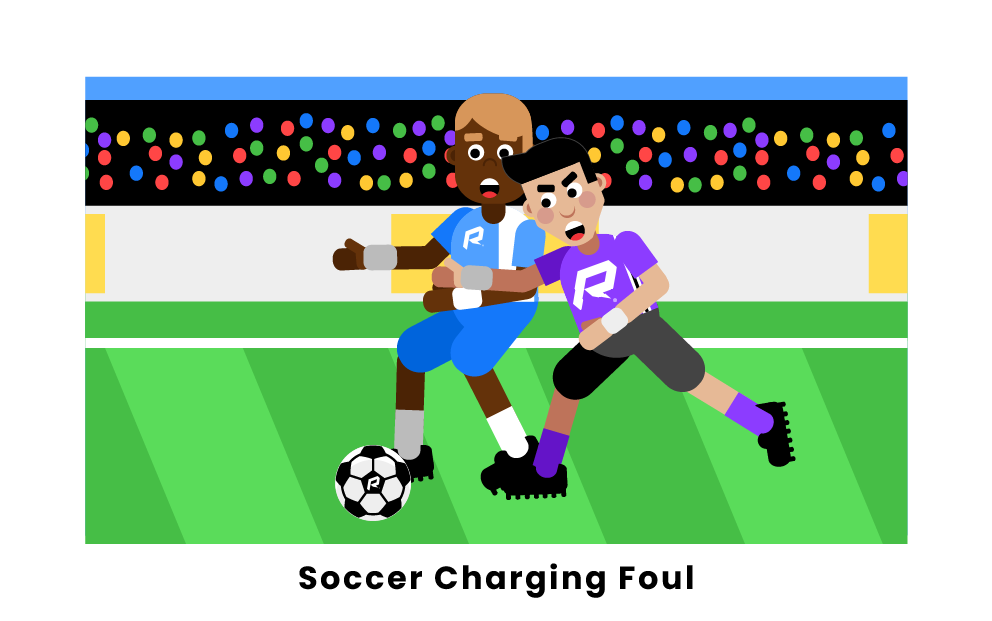 A charging foul in soccer occurs when a player aggressively runs into another player with their shoulder out. In order for a charge to be seen as unfair, the attacking player either has their elbows out, is trying to gain an unfair advantage, or uses excessive force. The referee decides whether the charge is fair or not.

A fair charge is when a player body checks an opponent shoulder-to-shoulder with their elbows against their body. This action must also be under control and within close proximity to the ball. Each player must have at least one foot on the ground. Therefore, a charging foul is when a player body checks an opponent by using their arms while jumping into the other player, initiating contact from the back, or using excessive force. Arms are not allowed to be used at all during a body check. The amount of force that is acceptable during a charge is up to the referee's discretion and depends on the players' age and skill level.

An unfair charge, also known as a charging foul, is ruled as one of three categories: careless, reckless, or having used excessive force. A careless charge is when a player is not cautious while making the play. If the player used unnatural movements to distract or intimidate their opponent in order to have an unfair advantage, it is considered a reckless charge. A charge involving excessive force is when a player endangers their opponent by using more force than necessary to make the play.

A charging foul is typically punished by a direct free kick for the opposing team. This punishment is applicable for all age groups and levels, although this foul is called more frequently on young players because there is less lenience for physicality, and they are more likely to get hurt while being charged. 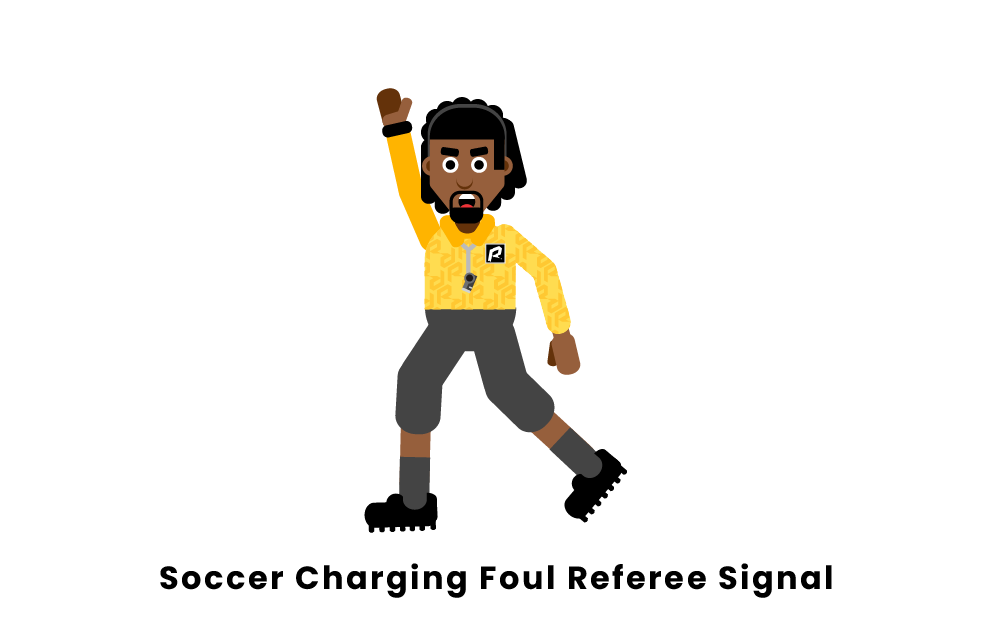 When the referee sees that a player has made a charging foul, they first blow their whistle to stop play and put their arm straight in the air to show the sign for "caution." The referee may also allow play to continue and hold both arms in the air with palms upwards to signal advantage. After the play is stopped, they then point their arm in the direction that the free kick will go.

What is charging in soccer?

Charging in soccer is when a player tries to take control of the ball by making shoulder-to-shoulder contact with the player currently in possession of the ball. A fair charge is called when the player's elbows are to their sides, and both feet are on the ground. An unfair charge is categorized as being careless, reckless, or involving excessive force.

What are the consequences of charging into an opponent in soccer?

The main consequence of charging into an opponent in soccer is that the opposing team gets a direct free kick. This is a far easier way for teams to score goals. If the charge is seen as being more aggressive and the referee feels that other measures need to be taken, it is up to his judgment to call an additional penalty, which would usually be a yellow card.

What does fair charging mean in soccer?

A fair charge is when a player body checks an opponent shoulder-to-shoulder with their elbows to their sides. Each player must have at least one foot on the ground. With this in mind, a charging foul is an illegal form of contact between players in which a player body checks an opponent whilst jumping into the other player or using excessive force. Players may not use their arms at all during a legal charge and may not initiate contact to the back or spinal area.