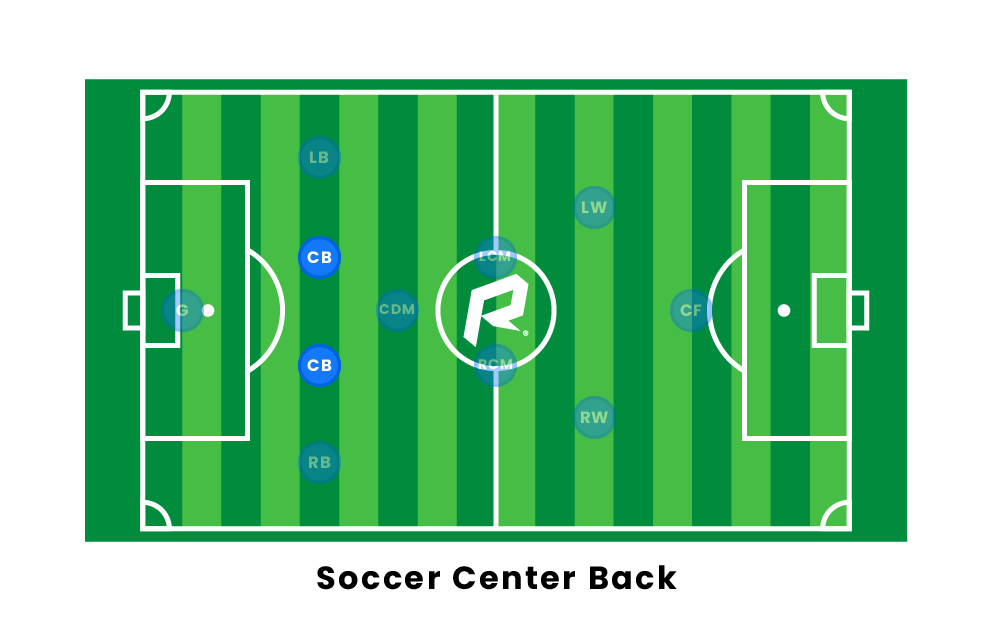 A center back is a classic defender who patrols the center of the pitch. Often used in corner kicks because of their height, center backs play defense most of the game, coming up in the attack only to help midfielders with passes back towards their own goal if there is too much pressure.

Center Back Roles and Responsibilities

The center backs are part of the defensive line and tend to play in the middle of the field. One of the centerbacks is often designated as the sweeper, whose job is to “sweep” away any through balls or passes that sneak through the last line of defense. Center backs are often tall, strong players that can win balls in the air and be a threat just through sheer presence.

The typical defender, these are usually the largest and strongest players on the field. They patrol their own central defensive half of the field, usually defending the strikers and center forwards. In a x-y-z formation that starts with four defenders on the backline, the center two are designated as center backs with two more wider defensive players.

As their name implies, center backs are generally positioned somewhere in the center of the backfield just in front of their team’s own goal. In any given formation, there are usually one or two center backs. This means that the center back, or center backs, is the last line of defense before the goalkeeper while the remaining defensive backs are further towards the midfield. For example, a 4-4-2 formation has two center backs in the middle and two full backs guarding the sides.

Typical center backs are both large and strong because they are so important as the last line of defense before the goalkeeper. If there is more than one center back in a formation, players will often have more skills related to zone coverage. In those situations, they will typically need to cover either the right or left side of the field rather than target specific offensive players. Center backs should also be skilled in play reading since they will often be used in an x-y-z formation with three or five defenders.

What is a center back in soccer?

A center back is a defensive position in soccer that plays in a central location on the pitch. One or two center backs play between outside backs that patrol the wings near the touchlines. Center backs are primarily responsible for stopping the opposing attack by pressuring the ball and clearing it up field.

What does a center back do in soccer?

A center back’s main job is to patrol the center of the backfield and defend their team’s goal from opposing players. Though this priority is always key, certain center backs will patrol only certain parts of the field’s center based on their team’s formation. For example, a 4-4-2 formation has two center backs, each of whom typically take a left or right section of the center backfield.

Pages Related to Soccer Center Back