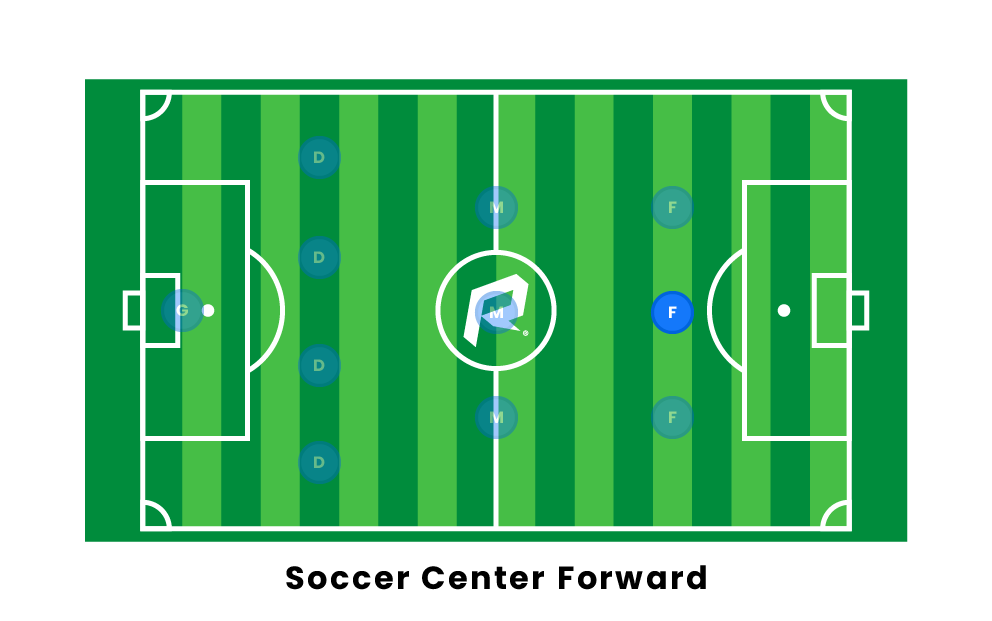 What is center forward in soccer?

A center forward is a player who, like a striker, will try to push play forward within the attacking half and look to score. However, unlike a striker, they are not the focal attacking point. Instead, they are often playing with multiple attacking players (such as in a 4-3-3 formation) and help support other players in scoring on the opposing team’s goal.

Though they often fill a supportive role to strikers, center forwards can push forward and make the goal in any situation when an assist is not possible. Due to their position at the front center of most formations, this means they are in a great vantage point for the goal if the goalkeeper gets distracted to one side or the other.

As a false nine, the center forward will be in the same position as a striker would, only to drop back towards midfield to open space for wingers, attacking midfielders or fullbacks to get in behind the backline. These center forwards can shoot, but are also excellent passers. Robert Lewandowski is the classic example of a true center forward, but more recently, Olivier Giroud performed this role for France in their 2018 FIFA World Cup win.

Strategies for using a center forward depend heavily on the formation in which they are positioned. For example, a center forward in a 4-4-1-1 formation will almost solely provide support for the striker farther up the field and try to make assists when they can. In other formations where there are multiple forwards at the same level, there will be more chance of a center forward attempting a goal.

Center forwards have historically worn the number nine. While this is a tradition, it is not the case for many players during their club season. However, players typically wear the number associated with their position in international play.

What is a center forward in soccer?

A center forward is a type of forward in soccer that plays in a central location in the front line. They typically play in the center of two wings or as an extra line of attack behind the striker. They are a mix of a playmaker and goal-scorer, finishing on crosses and passes from the outside and delivering passes to other attackers.

What is the difference between a center forward and striker?

The differences between a center forward and striker lie in the positioning and roles of both positions. Strikers will always be the furthest players up the pitch, while center forwards usually have wings or a striker playing further up the pitch. Center forwards will also act more as a playmaker than a striker, who is usually known for their finishing ability.