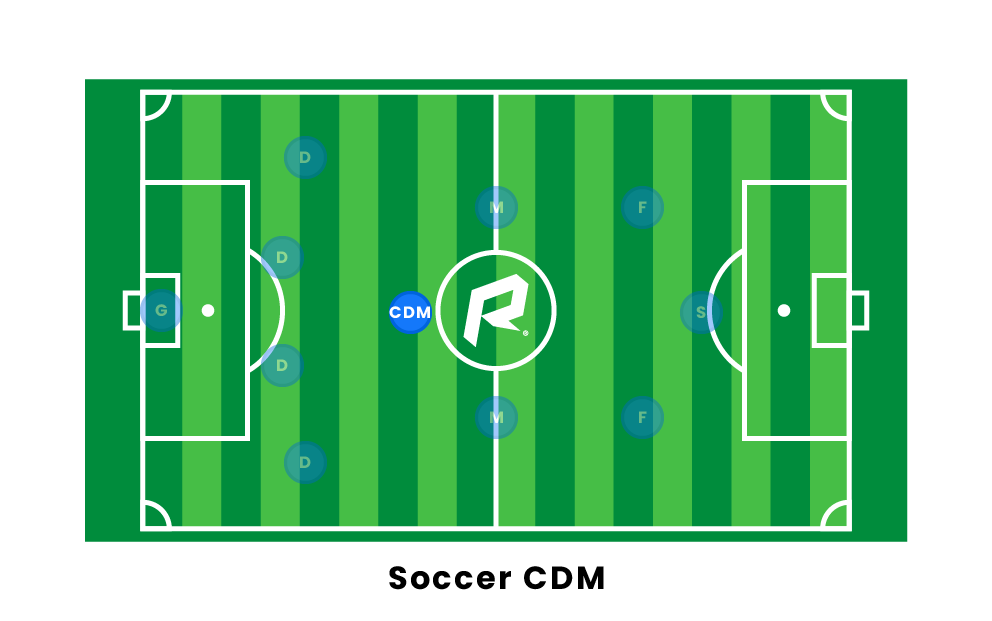 In soccer, one of the most modern positions that has gained popularity is the CDM, or central defensive midfielder. What is this position? Let's explain.

What Is a CDM in Soccer?

A CDM, or central defensive midfielder, is a midfielder that focuses on defense but moves forward to create scoring chances when needed. A CDM is mostly tasked with supporting the defensive efforts of the team. While not a true defender, they play a very defensive game. The best make aggressive tackles and get interceptions, making it very difficult for the opposing team to play in the middle of the field.

The most important role of a CDM is to support the defense. Defenders try to prevent attackers from getting behind them, and while on defense, a CDM does the same. Central defensive midfielders must also be ready to move up into an offensive position, make passes, and create scoring opportunities. A good CDM possesses excellent game awareness, which helps them know when to assume a defensive position and when to move into offense. They must constantly communicate with the offensive players to efficiently leverage passing and scoring situations. A CDM must be fast and physical, ready to make a cut or tackle.

Here are the most important skills for central defensive midfielders:

In soccer, central defensive midfielders wear number five or six, depending on the numbers the defenders are wearing. One center back wears the number four, and the other wears five or six. The CDM wears whichever number is not taken by the second defender. Jersey number assignments are typically followed in international play, but are not always required in club play. For this reason, you may see players wearing the number five or six that are not playing as a traditional CDM.

What is a CDM in soccer?

A CDM in soccer is a central defensive midfielder. This midfielder position is primarily focused on supporting the defense. They will most often be seen dropping back to help the defenders and not letting the opposing forwards get past them. A CDM also performs other midfielder duties, such as moving the ball downfield, cutting, passing, and creating scoring opportunities.

What is the difference between a CDM and a CAM in soccer?

In soccer, CDM and CAM are two corresponding positions on the offense and defense. A CDM is a Central Defensive Midfielder, while a CAM is a Central Attacking Midfielder. CDMs are tasked with protecting the central midfield from the offense as they make scoring attempts, while CAMs are responsible for the inverse, attacking the central midfield in order to open up scoring opportunities for their team.

What does a CDM do in soccer?

In soccer, the CDM is responsible for defending the central midfield. They position themselves along with the other midfielders, standing at the center of the width of the field. The CDM will attempt to stop the opposing team from scoring by thwarting their possession and blocking their passes. They will work with the defenders and the other midfielders and often drop backward or move forward as needed due to their central position.