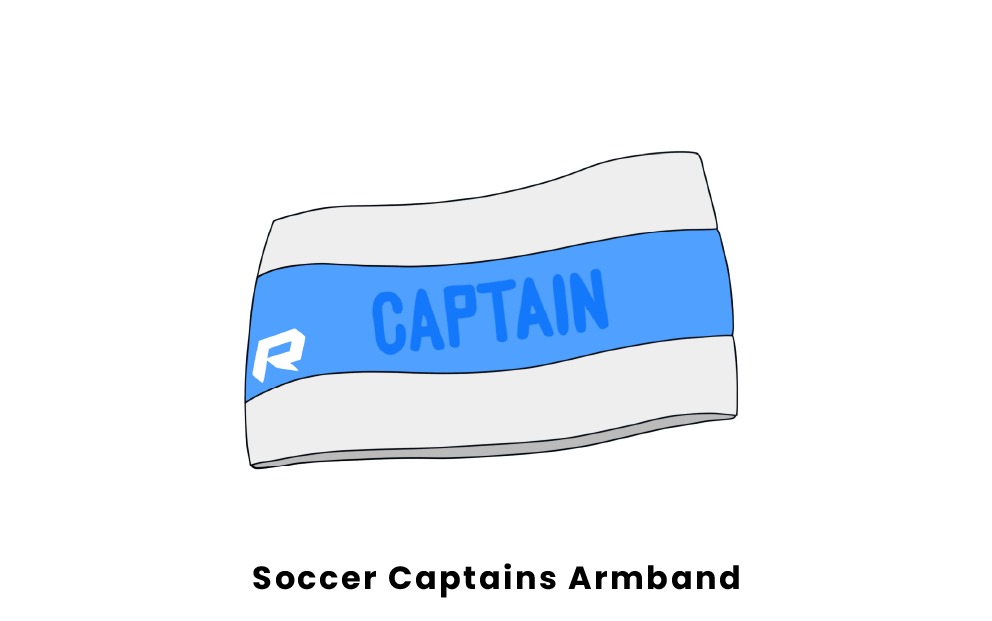 What are captain’s armbands used for in soccer?

During a soccer match in most leagues, every team will have an assigned captain. Aside from being the team leader, captains have extra responsibilities in a game such as communicating with the referees. In order to help easily identify a team captain, the player must wear an armband that is typically worn around the bicep. These armbands can come in many different colors and designs, and can be transferred to another player if the captain is injured or substituted.

When looking for captain’s armbands, you'll want to consider the following:

What are you looking for in arm bands?

The different types of captain’s armbands include international and league armbands.

International armbands are worn by team captain’s during international play. Each team captain must wear the same armband that is given to them by UEFA or whichever international committee is hosting the event. These armbands will typically be very simple and occasionally have messages of respect on them.

League armbands are worn by team captains for individual clubs in league play. These armbands are usually much more detailed than international armbands. They will often feature the club logo as well as different patterns and colors. There are very few regulations that determine what can be used to design a captain’s armband in league play.

The most popular brands that produce captain’s armbands include Adidas, Champion Sports, and Milec.

Adidas is one of the largest sports equipment and apparel manufacturers in the world. They make a single type of captain’s armband which comes in black with white trim. This armband is made out of elastic and can be used in NCAA soccer matches as well as most lower-level leagues.

Champion Sports makes a wide variety of equipment for many different sports. They make a few types of armbands which come in many different colors. Their armbands will have a white stripe in the middle with two colored stripes on the edges. They will usually say the word “captain” on them and will cost only a few dollars.

Milec makes select supportive equipment and accessories for a few different sports. They make a single type of armband that comes in six different colors. This armband has a white stripe in the middle with two colored stripes on the outside. It also says “captain” on the white stripe. These are made out of polyesters and will cost around $7.

How much does a captain's armband cost?

Captain’s armbands will cost anywhere from just a few dollars to around $7. Many armbands can be bought in bulk which will make the per-unit cost cheaper. Armbands with custom designs will often cost more than a generic armband.

Why do captains wear armbands in soccer?

Captains wear armbands so that they can be easily identified by the referees. Captains have to perform special duties during a soccer game, such as calling the coin toss before the game. They also are usually the first person the referee goes to in order to communicate anything from rulings to warnings. Armbands can also have symbolic meaning similar to a “C” on a hockey player’s jersey.

How do you wash a soccer captain’s armband?

Most armbands can be washed in a regular washing machine. Armbands are usually made out of materials such as polyester and velcro, which can all be washed like any regular clothes.