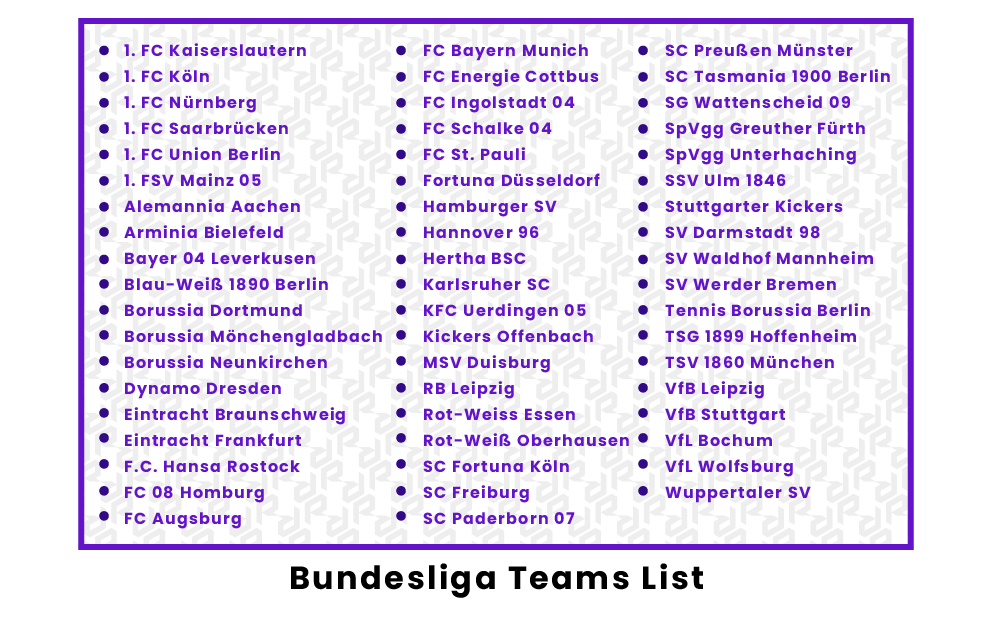 What is the oldest team in the Bundesliga?

Although they are currently in the third division of German football, the oldest team to ever participate in the Bundesliga is TSV 1860 München. As their name suggests, they were founded in 1860, making them one of the oldest professional sports teams in the world. Throughout their long history, they do have one Bundesliga title, finishing in first place following the 1965-66 season. Time will tell if they can get back to the Bundesliga and add to that total in the future.

What country does Bundesliga play in?

The Bundesliga is a professional soccer league located in Germany. All of the teams that participate in the league play their home games in Germany. This is the case across Europe, as each country has its own professional league where teams from that country compete against teams from their country. In German, the Bundesliga literally translates to the “Federal League,'' although the more logical and simple translation is simply “German League.”

What team has won the most Bundesliga titles?

One of the most dominant teams in the world, the team with the most Bundesliga titles is Bayern Munich. Since winning their first title in 1969, Bayern has won the league 31 times. No other team has won the league more than five times (Borussia Dortmund), and in fact, there have only been 28 seasons of the Bundesliga where Bayern did not win. Thus, Bayern Munich has won over half of the titles since the league’s first season in 1963.