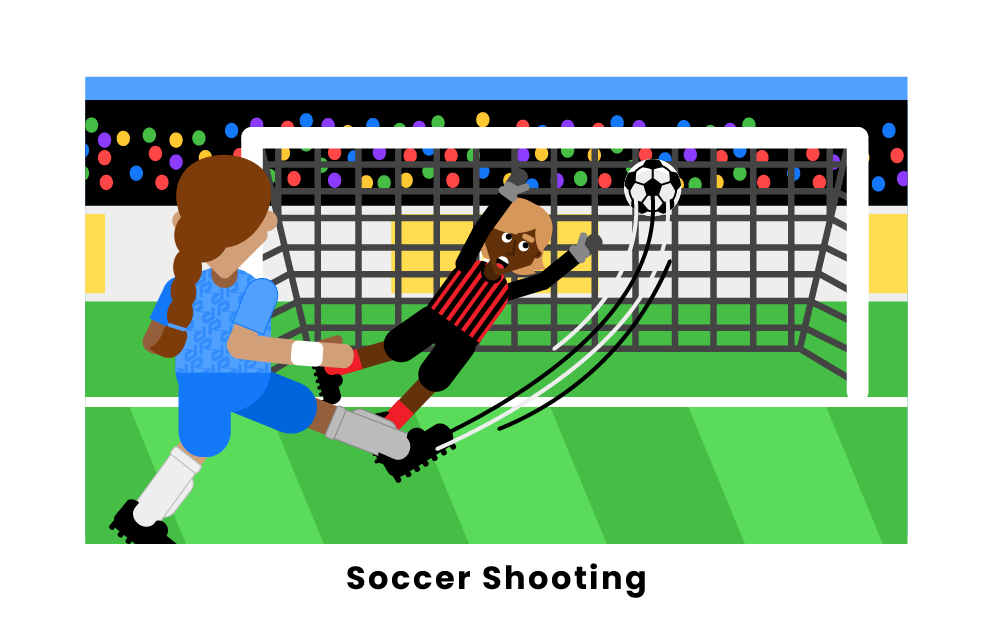 The goal of ball movement and possession in soccer is to create opportunities to shoot the ball and score a goal. Read on to learn more about shooting in soccer.

Shooting is when an attacking player kicks the ball towards their opponent’s goal with the intent of scoring. These shots are often stronger than a pass, as the intention is to get the ball past the goalkeeper instead of being controlled by a teammate.

If the entire ball crosses the goal line and there were no instances of offside violations, a shot is declared a goal. Shots, shots on goal, and goals are all statistics that measure both individual and team success with shooting.

The farther away a shooter is from goal, the more difficult it is to find the target. Defenders may block the ball and the goalkeeper has more time to react and cut off angles. Shots from outside the goal box require power, accuracy, and sometimes a curl or bend to find the top corner. Good shots are often targeted at the space away from the goalkeeper in order to make it harder for the shots to be saved.