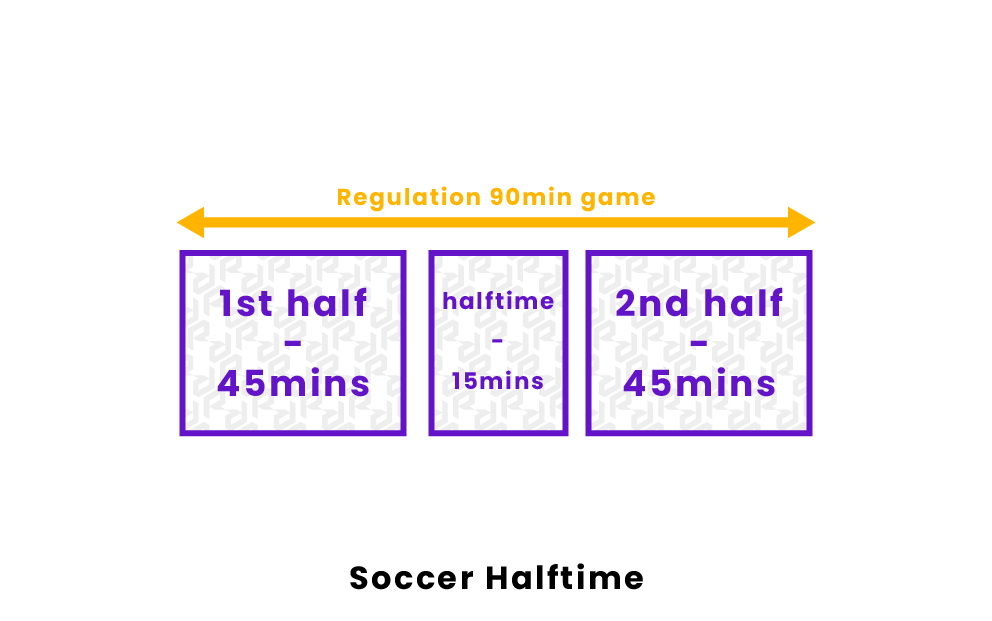 The only time the game clock in a soccer match is stopped is during halftime. The referee signals halftime by blowing their whistle when the game clock has reached the middle of the allotted match time. For most teams, halftime is a chance to rest and strategize. For fans, it's an opportunity to stretch their legs after a significant period of time. 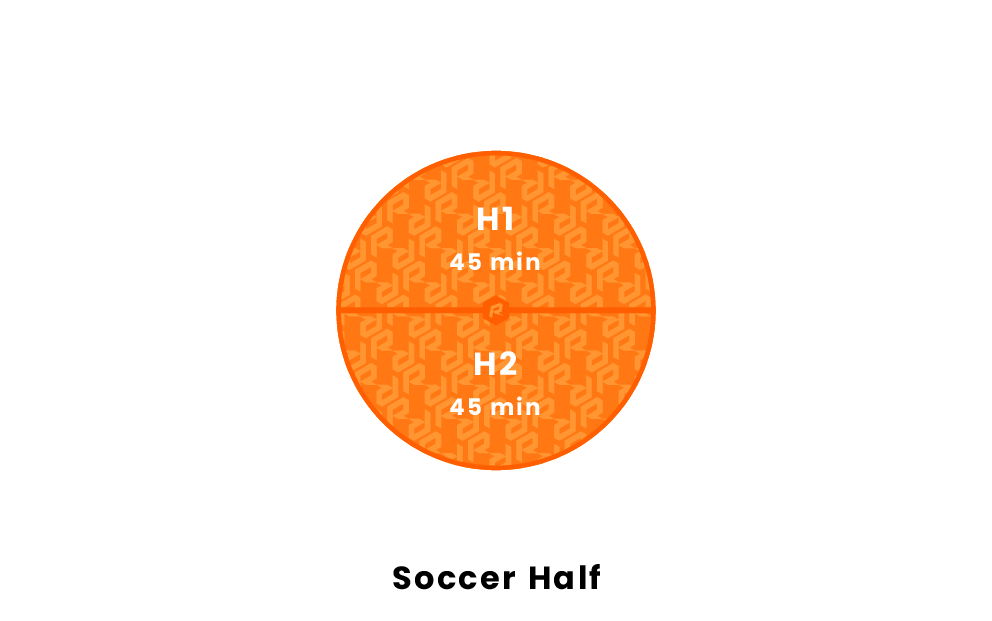 There are two halves of game time in a soccer match, each with the same amount of time allotted for play, with added stoppage time at the end of each half. In a standard regulation match, each half is 45 minutes for a total of 90 minutes, not including stoppage time or extra time.

In FIFA sanctioned matches, such as the World Cup, the halftime break will last 15 minutes. This gives players enough time to recharge and adjust their strategies. The FA Laws of the Game also follow the same format.

Stoppage time is time added on by the referee to the end of each half to make up for injuries, substitutions, and other lapses in play. The amount of stoppage time added typically ranges from one to seven minutes but can be longer. No matter how much stoppage time there is at the end of a half, there will still be a 15-minute break for halftime.

Extra time halftime is the short amount of time in between the two periods of extra time in soccer. It is shorter than halftime during regulation and only lasts one minute in most leagues. This is due to the fact that the halves in extra time are only 15 minutes each, which is much shorter than the halves during regulation. One minute gives players just enough time to rehydrate and switch sides of the field. Prior to the beginning of extra time, teams will be given a five-minute break.

How does halftime work in soccer?

Halftime is the midpoint in a soccer match, which is the only time the game clock stops. Since most regulation games are 90 minutes long, halftime usually takes place at the 45-minute mark. During halftime, teams are able to leave the field, rest, and strategize for the remainder of the game. Halftime in a regulation match is 15 minutes long.

How long is halftime in FIFA matches?

In a FIFA sanctioned match, halftime lasts 15 minutes and takes place after 45 minutes (plus stoppage time) have elapsed. In games that require extra time, a much shorter break from play happens between extra time halves that lasts around one minute.

How long is halftime in the World Cup?