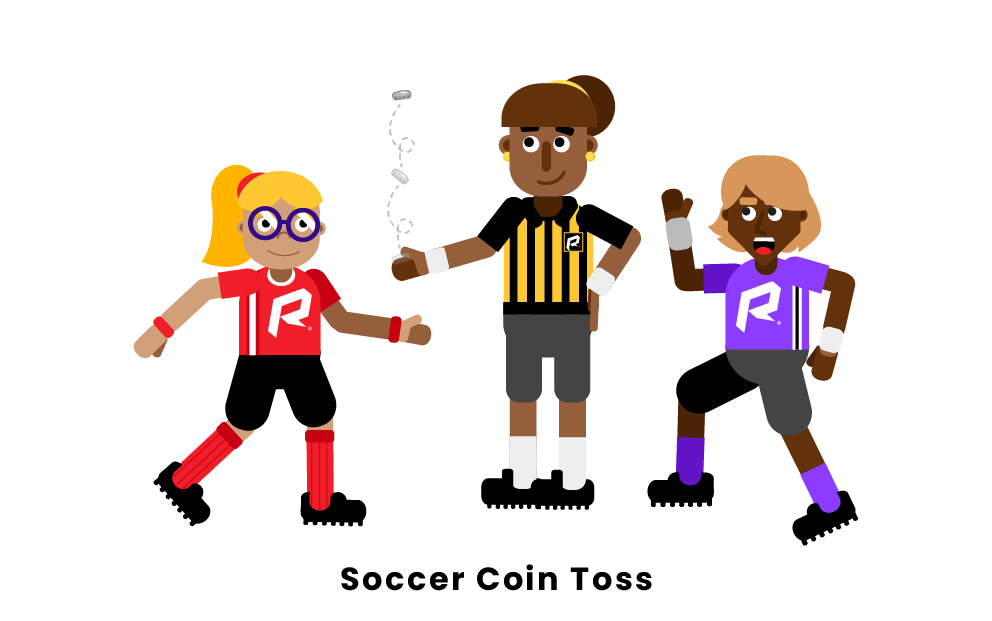 While not often shown on television broadcasts or given much fanfare in the stadium, the coin toss is how professional soccer matches begin. Read on to learn more about the coin toss and the start of a soccer match.

At the start of every soccer game, a coin flip takes place. Per FIFA rules, each team's designated captains meet with the head official, with one captain (typically the away team’s captain) choosing heads or tails.

The coin-toss-winning captain selects between two choices: when they want the kickoff (first or second half) and what side of the field they want to start on. Whichever decision the winning captain makes, the other captain will make the other. For example, if the winner wants to start the game with the kickoff, the other captain decides which goal their team will attack for the first half. If the winner of the coin flip chooses their side, the losing captain gets to choose when to kickoff.

All kickoffs take place at the center mark in the center circle and happen at the start of each half and after goals are scored. In a kickoff, one player starts with the ball and must pass it to a teammate who is on the same half of the field. All other players must be outside of the center circle.

Side of the Field

The coin toss also decides what side of the field each team will play on. Teams switch sides after the first half and in extra time. If a captain wins the coin toss and chooses to defend on one side to start the game, they will play on the opposite side in the second half.

How does a soccer match begin?

A soccer match officially begins with a kickoff, but there are steps that need to be taken before the kickoff. Prior to kickoff, a coin flip takes place to determine who first has possession of the ball. The captain of each team and the referee meet to perform the coin toss. The winner of the coin toss will get the choice of either starting with the ball or picking the side of the pitch they want to defend in the first half.

Who calls the coin toss in soccer?

Although it is not specifically stated in the FA Rules of the Game, the referee will typically allow the away team’s captain to call the coin toss. This means the away captain will call heads or tails when the coin is flipped. This is done as a tradition and a sign of respect for the visiting team.

What are the two options that the winner of the coin toss can choose from?

When a team captain wins the coin toss, they get to choose between two options for how to start the game. Coin-toss-winning captains can choose between the side of the field they would like to start the game on or whether they want to kick off in the first or second half. They only get to make one of these decisions, and the other choice is up to the other team’s captain who loses the coin toss.