We've already learned about the lines, components, markings, and areas of a soccer pitch. Now let's talk about the lines that denote what is in play and what is out of play.

The touchlines are the longer lines on the soccer pitch's rectangular shape. You may also hear these lines called the sidelines.

The end lines, also known as bylines, run along the short end of the pitch. The goal lines overlap a section of the end lines where the goals sit in between the posts. The ball must go be hit beyond the goal line and into the net for a goal to count. The goal lines are not considered part of the boundary lines. 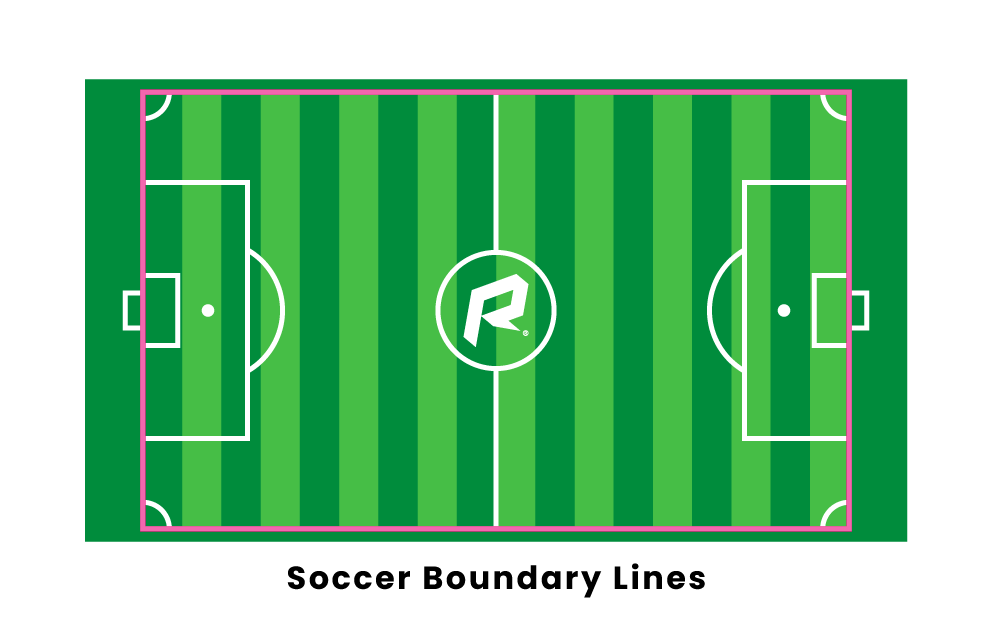 What Happens When The Ball Goes Out Of Play In Soccer?

If the ball moves past the touchlines, a throw in will always take place. The team that is awarded possession of the ball performs the throw in. If the ball goes over the end lines, a corner kick or a goal kick will be made to put the ball back into play. It's all based on which team gets possession.