Aggregate scoring is a format where two or more matches are played between two teams, and the team with the most total goals combined over all the games is declared the winner. Some of the most prestigious club tournaments, including the UEFA Champions League, use an aggregate scoring format.

A two-legged tie is a series of two matches played between two teams. The matches are called the first leg and second leg, respectively. Each team plays at home once. The winner is usually determined by the aggregate score. 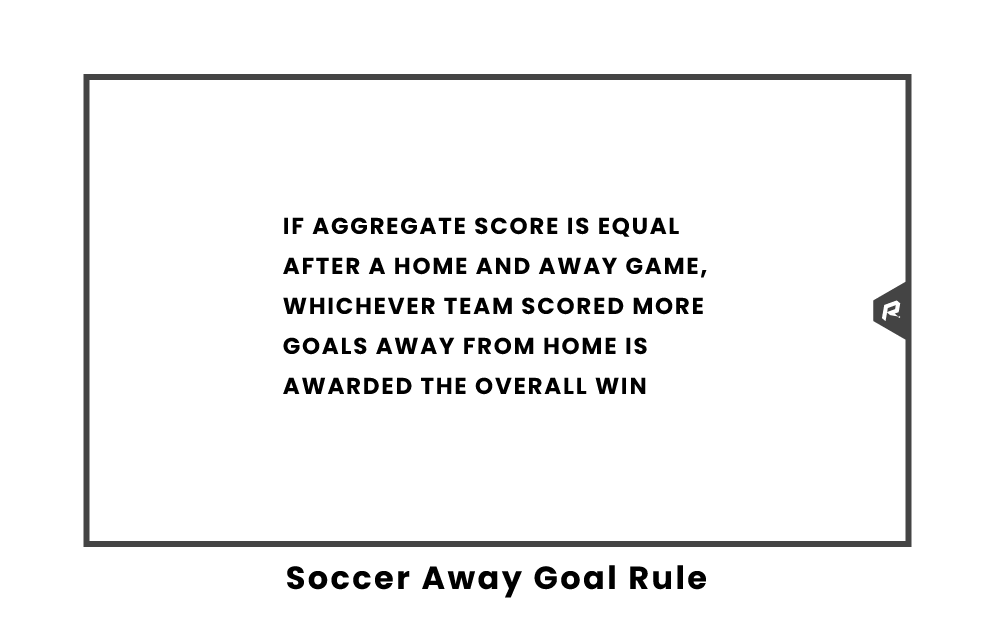 The away goal rule is used in some competitions to determine the winner of a tied aggregate score. It states that the team that scored more goals as the away team will be declared the winner. If the teams scored the same amount of away goals in the legs, the match will typically go into extra time and potential penalty kicks.

Let’s use an example. Teams A and B are using aggregate scoring:

In two-legged ties, the team with the higher aggregate score against their opponent advances to the next round.

Neutral ground is a pitch that is not the home field/stadium for either team. Often, tournament finals or large tournaments will be played at a neutral site. In this case, the home and away team designations are determined at random or by some ranking system. Some major organizations have even begun to push the idea of having all major championship games at neutral grounds to ease tension between rival fanbases.

What does aggregate score mean?

Aggregate score refers to the total number of goals scored by a team during a competition stage or league. Aggregate scoring is a way to tally a score between two soccer teams playing in more than one match. Since most major soccer tournaments use two-legged matches to determine who moves to the next round, aggregate scoring is used to determine a winner. For example, if Real Madrid won their first matchup of the UEFA Champions League against Manchester City 3-1 and then lost 2-1 in the second leg, they would still win the stage as the aggregate score was in favor of Real Madrid at 4-3.

What is the away goals rule?

When is an aggregate score used?

Aggregate score is used to determine the winner when two teams are in a two-legged tie, meaning they have both won once after competing against each other in two matches. This is typically for knock-out tournaments or round-robin group stages. The most notable competitions that use aggregate scoring include the FIFA World Cup qualifying rounds, UEFA Champions League, and the CONCACAF Champions League.