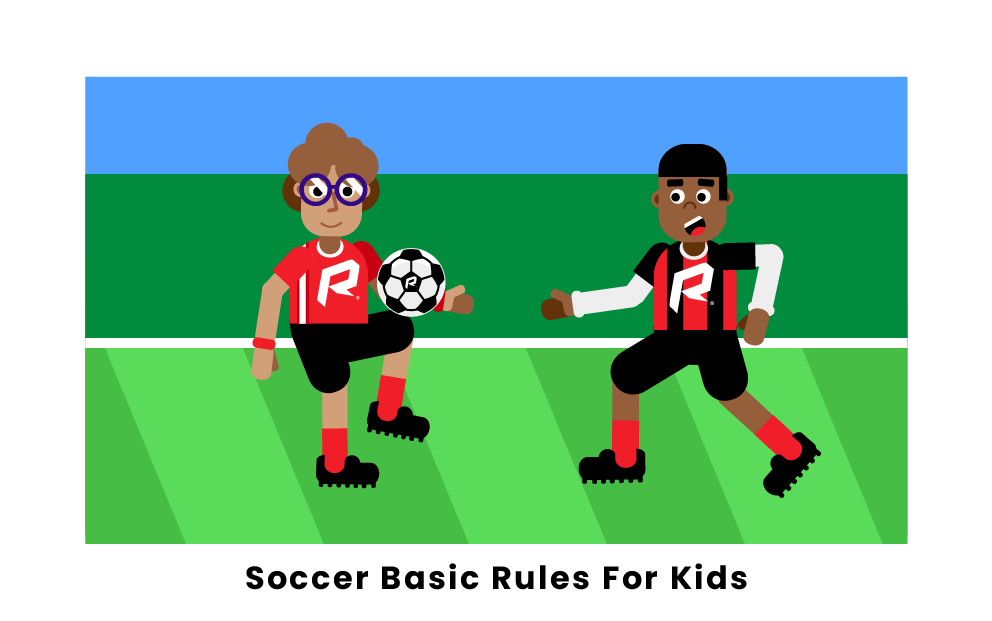 Soccer is a team sport. Each team has 11 players on the field at once.

The teams have an offense and a defense, with a goalkeeper in each goal.

All players move the ball around with their feet until someone kicks the ball into the goal.

The only player that can use their hands and arms to touch the ball is the goalie.

Scoring in the other team’s goal means one point for the team that scores.

The team with the most points wins.

There are two halves in soccer, and the time in each half depends on how old the players are.

A normal soccer game is 90 minutes, played in 45 minute halves.

Players have to wear a jersey, shorts, shin guards, and soccer cleats.

Soccer cleats are meant to help running in grass by digging into the ground.

Plays that are considered dangerous are penalized.

Referees maintain specific rules such as the hand rule and dangerous play rules.

When a player breaks the rules, they will either get a warning, a yellow card, or a red card.

Players can get a yellow card for smaller offenses and unsportsmanlike conduct, while larger breaks in the rules result in a red card.

If a player gets two yellow cards in the same game, they get a red card.

If a player gets a red card, they will not be allowed to continue playing, and their team will play with one less player for the rest of the game.