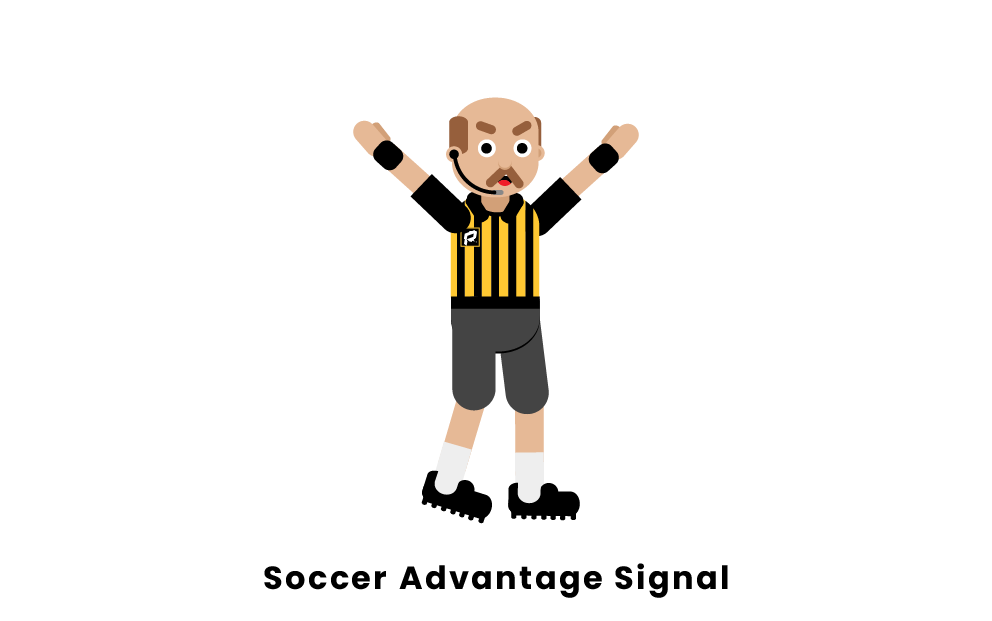 Advantage in soccer is a rule that allows play to continue after a foul has been committed when the fouled team is still in possession of the ball. This prevents teams from being put at a disadvantage after they have been fouled. Read on to learn more about advantage in soccer and when it is applied.

When Does the Referee Apply Advantage?

Advantage is typically applied only for minor, cautionable offenses. This means play is allowed to continue even though a foul has been committed since the fouled team is still in possession of the ball. It will not be applied though in any situation involving serious foul play, violent conduct, or a second cautionable offense unless there is a clear opportunity to score a goal.

If the referee plays the advantage for an offense in which a caution or sending off would have been issued had play been stopped, those actions must be issued when the ball is next out of play. However, if the offense was denying the opposing team an obvious goal-scoring opportunity, the player is cautioned for unsporting behavior.

When the referee observes a foul and decides to apply advantage, they will extend their arms in front of their body with their palms facing upward. This will let the players know that play will continue, despite a foul being committed on the play.