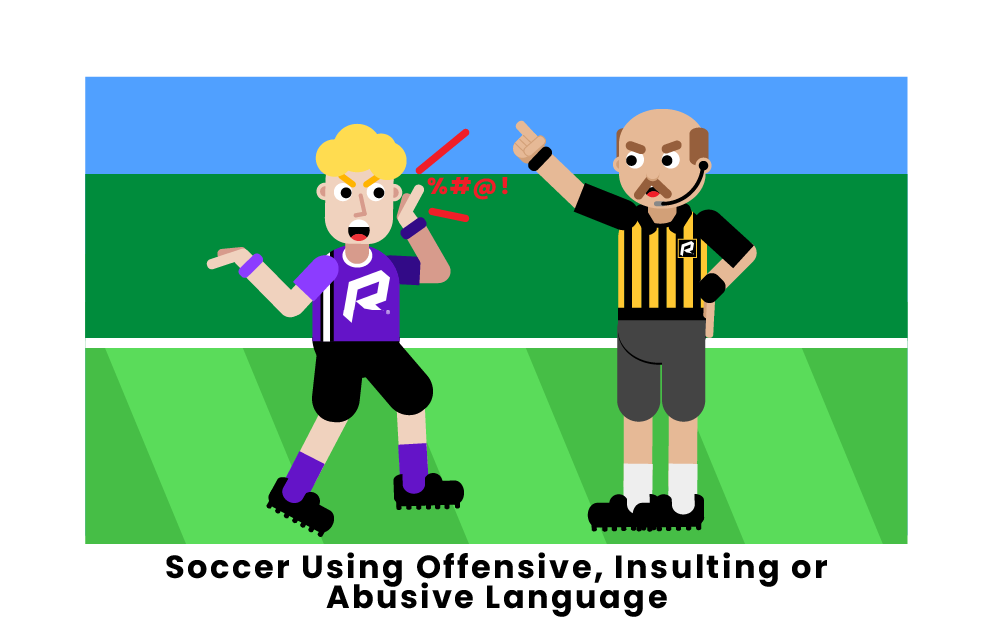 It is important to be respectful to others and maintain appropriate conduct at any sporting event or competition. Sports such as soccer have official rules to hold athletes and their teams accountable to these principles. The abusive language foul is issued whenever a player or coach engages in offensive or derogatory language towards other players, coaches, or officials.

Abusive language is a foul that is called when either a player or team official uses abusive, offensive, or derogatory language during a soccer game that is inappropriate and a distraction from the sport. The language can occur either on the field or off the field and does not have to occur while players are actively playing soccer.

Similarly, if a team official, such as an athletic trainer or coach, utilizes abusive language, they may be directed to leave the premises. It is up to the referee's discretion to determine whether or not a person has violated the rules. When the offense is called while actively playing, a referee blows the whistle, and gameplay stops. After assessing the penalty, play is then restarted with an indirect free kick for the offender’s opponents.

In professional leagues, referees will issue a sending-off if the abusive language offense is called. A sending-off (red card) is an ejection from the game. The NCAA dictates that using profane language is a cautionable offense at the collegiate level, while using abusive language will incite a sending-off. In both cases, an indirect free kick will be awarded to the opposite team to resume gameplay. 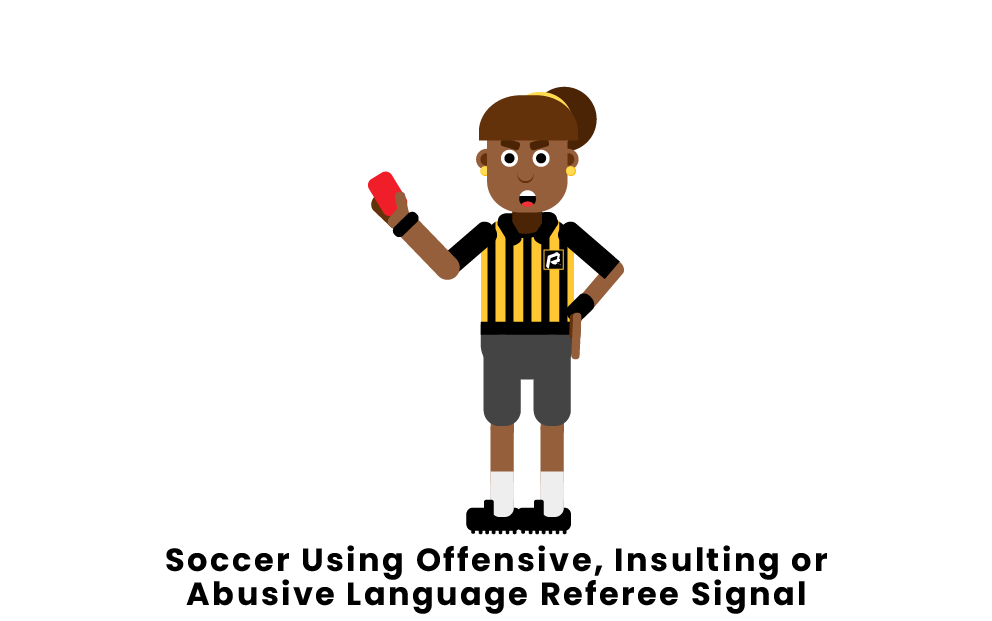 A referee will issue a red card by holding it up in the air with one hand while looking at or gesturing towards the player it has been called on. If the offense occurs during gameplay, the referee will blow their whistle to halt gameplay.

What is an abusive language offense in soccer?

Abusive language is a prohibited kind of behavior that can warrant a sending-off in soccer. Abusive language includes derogatory, discriminatory, and inappropriate language that either a soccer player or team official verbally says on the field. The offense can be issued during gameplay or in between plays, and the referee has the power to issue a red card at their discretion.

What are the consequences of being called for abusive language in soccer?

The player or team official that is called for abusive language in soccer faces a sending-off, or red card, in which the offender is required to leave the game. Furthermore, the opposing team is awarded an indirect free kick, which gives them the opportunity to set up a shot on goal after the kick taker has put the ball back into play.

Can a manager be called for abusive language?