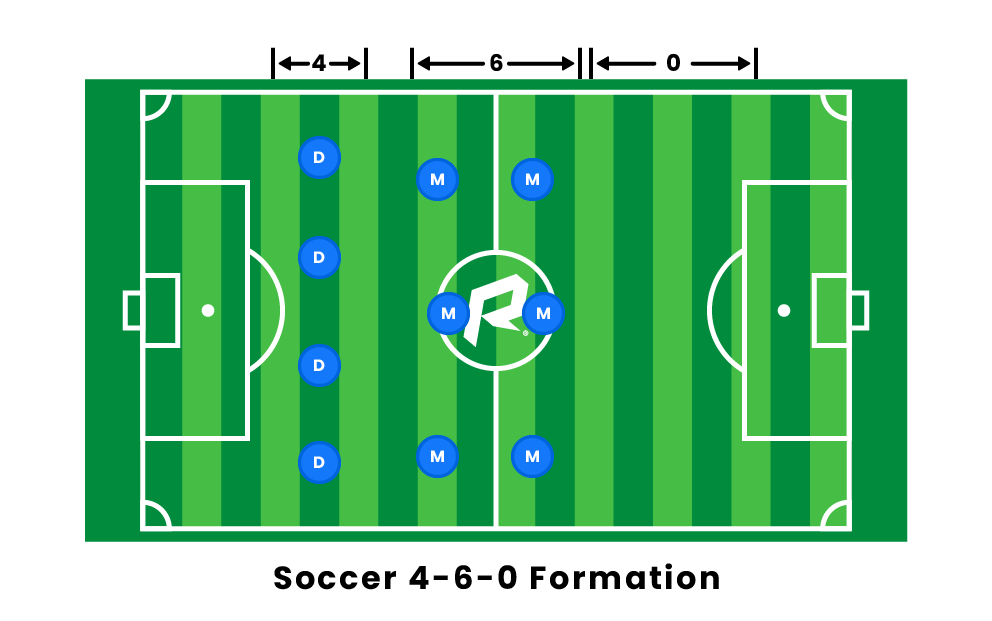 A 4-6-0 formation is a shape in soccer with four defenders and six midfielders that are broken up into attacking and holding midfielders. This formation is known for being "unconventional," yet it does have some benefits, and can often transition into a 4-5-1 formation.

The goal of this formation is to draw the other team's defenders out of their zone to cover the center midfielders. Since the defenders might be aware of this tactic, this allows the midfielders to gain quite a bit of field before the pressure is put on them to make a move.

This formation can only be successful with four powerful and skillful midfielders who lead the offense. Since there are no strikers, these four midfielders act as the forwards and strikers during any given offensive scenario. They must be equipped to carry the ball upfield, but also turn around in any instance to play defense.

This formation can tire out your midfield line as there is no limit for how much running they are doing between offense and defense.