A 4-4-1-1 formation is a shape in soccer with four defenders, four midfielders, one supporting attacking player, and one primary striker.

The 4-4-1-1 formation is used when there is one particular player who a creative goal scorer. This player might always be moving around looking for ways to receive the ball that will not only throw off his defenders, but also be open for a solid shot on goal. This is definitely a formation to try if a coach sees potential in a winger or striker.

Ths 4-4-1-1 is very easy to learn, especially for offensive players. Most of the goal scoring action would occur from the forward and the striker working together. The midfielders can also see open passes to the striker if one of them is in possession of the ball.

As beneficial as the forward and striker may be to the team, this formation can also tire them out. There is a lot of pressure put on those two players and their energy could quickly drain.

Since there are four midfielders, they will have to readjust within seconds if the ball is played in the middle. It can be challenging to determine the placement of each midfielder if there is a lot of pressure suddenly put on them. This could cause an opponent to be open without the midfielders realizing. 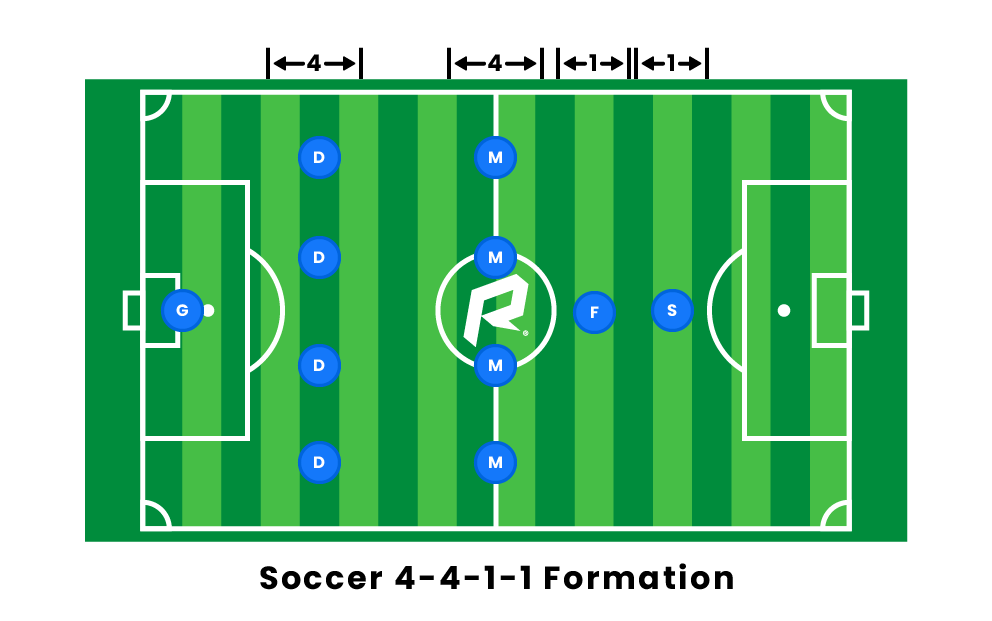