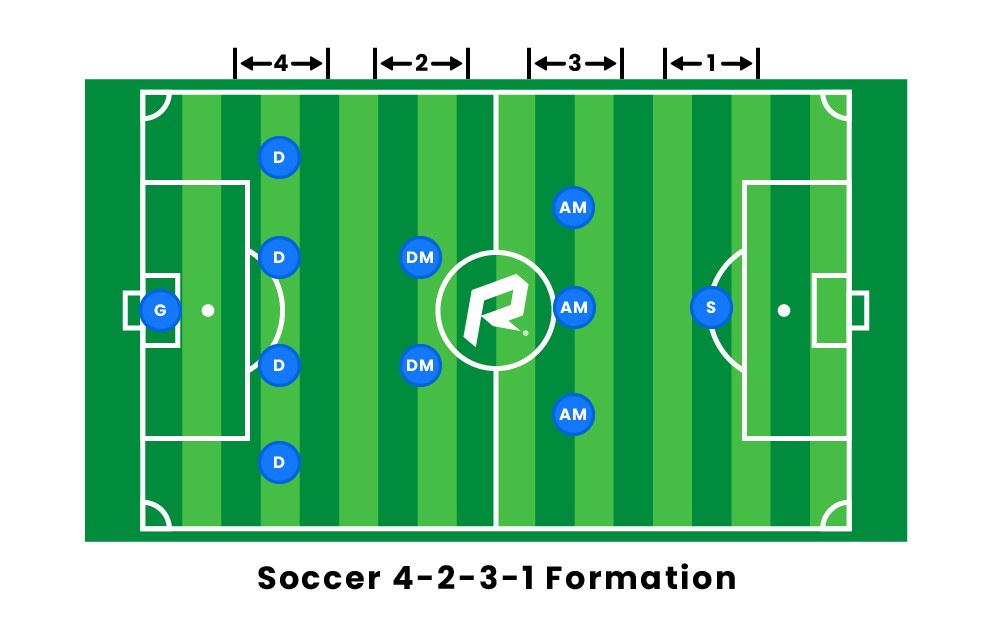 The 4-2-3-1 is one of the most widely used formations in soccer. This formation can easily transform into a 4-5-1 formation due to the constant movement of the midfielders.

The four defenders are often very involved offensively with the play. They are there for the pass back from the midfielders to clear the ball down the field. Defenders have to be quick, agile and comfortable handling the ball that is close to their opponent's goal.

As we know, midfielders fluctuate between offensive and defensive positions depending on the play. However, in this particular formation, two of midfielders work primarily in defensive roles. They hang back and try to take possession of the opponent's ball before the four back defenders have to get involved. Consider them the defenders' bodyguards.

The three holding midfielders, on the other hand, work more on the offensive side. They work with the strikers to try to get the ball on to their half of the pitch, and get into situations where shots on goal are likely.

There is one striker in the 4-2-3-1 formation, and he is often the leader of the offensive. The striker needs to think fast on his feet and be a very agile and quick runner. This is the player that is most often set up for scoring opportunities.