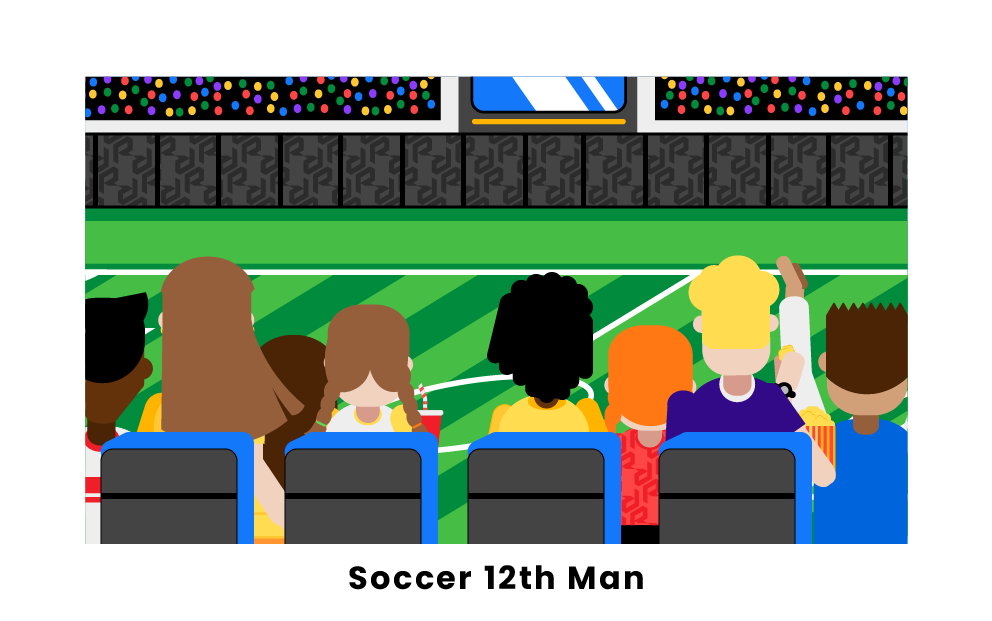 What Is the 12th Man in Soccer?

A 12th man in soccer is a phrase that refers to a fan or supporter as part of the team. This is for eleven-a-side sports, and since there are 11 players on a soccer field per team, this concept applies.

The 12th man is referred to as any person who is very helpful in winning a game. In this case, soccer fans are the 12th man because they help motivate the teams to win.

Importance of the 12th Man

Since fans have a large impact on the game as a whole, they are regarded as very important figures in sports games. They not only provide energy and cheers, but players are no longer playing for themselves, but also for their team’s fans. The effect of the 12th man is especially felt in home matches where the crowd is primarily made up of sympathetic fans.

Some leagues have even retired number 12 on shirts or sell special merchandise with the number 12 on it just for fans. Soccer fans are idolized for their spirit, support, and energy throughout games. In fact, the game wouldn’t be the same without them.