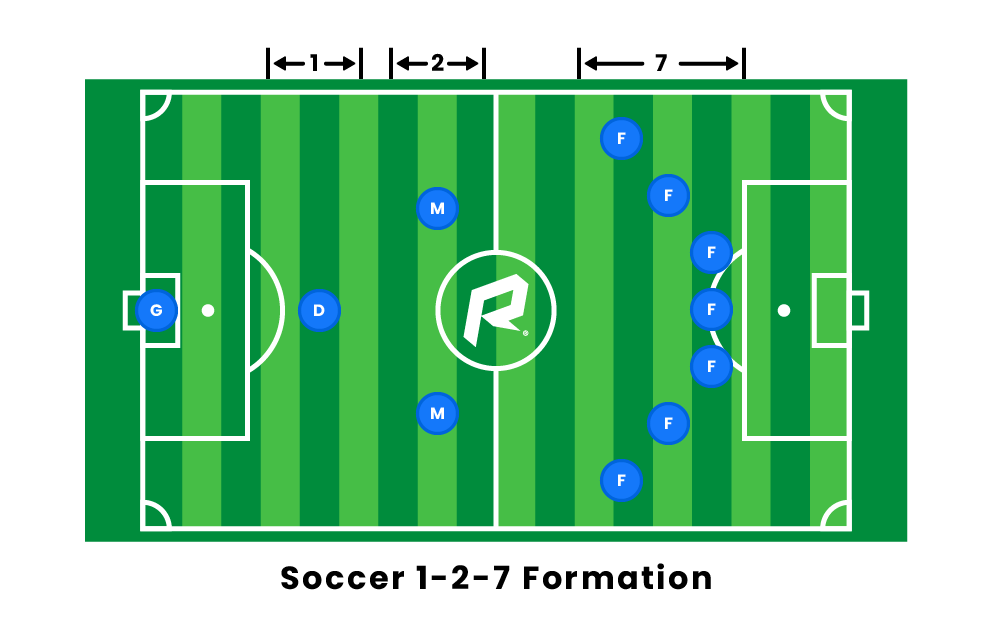 A 1-2-7 is a formation in soccer with one center back, two midfielders, and seven forwards. While this formation is no longer commonly used, it was popular in the early days of soccer, primarily in the mid-1800s. Read on to learn more about the 1-2-7 formation in soccer.

This formation is best used for long balls that are passed upfield. Since this position includes seven offensive positions, it is definitely a formation to consider for a stronger offense. The seven forwards can be split among wingers, inside forwards, and one striker. The large number of forwards in this formation can overpower the other team’s defenders.

The main disadvantage of a 1-2-7 formation is the small defensive line. If the offense were to lose possession of the ball near the other team’s goal, there are only three players who can  defend. This is the main reason the 1-2-7 is rarely used in modern soccer, as the game has evolved to balance defensive and offensive strategies.