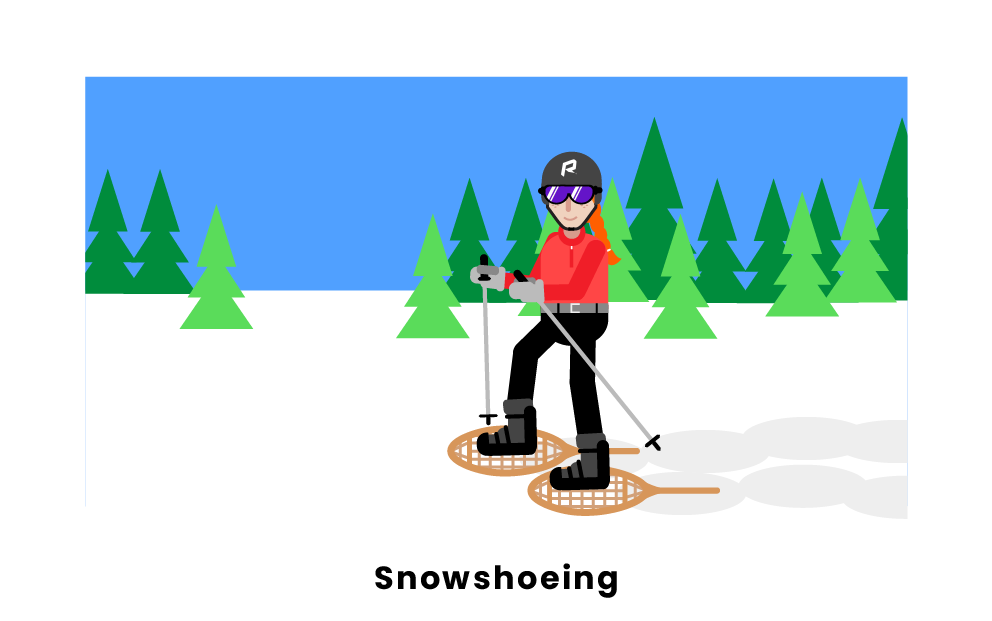 While acting as an excellent form of cardio and providing beautiful sights, snowshoeing has evolved over thousands of years to become a popular winter sporting activity. Snowshoeing works by creating a larger surface area over the snow so that your feet do not sink in as far as with normal boots.

The history of snowshoeing dates back thousands of years to present-day central Asia, where the ancestors of the Native Americans migrated from Asia to America. These ancestors created the earliest snowshoes to help them cross the land bridge and trek through the snow on their migration. The snowshoes consisted of modified slabs of wood and created a wider surface area to make walking over the snow easier than walking through it. 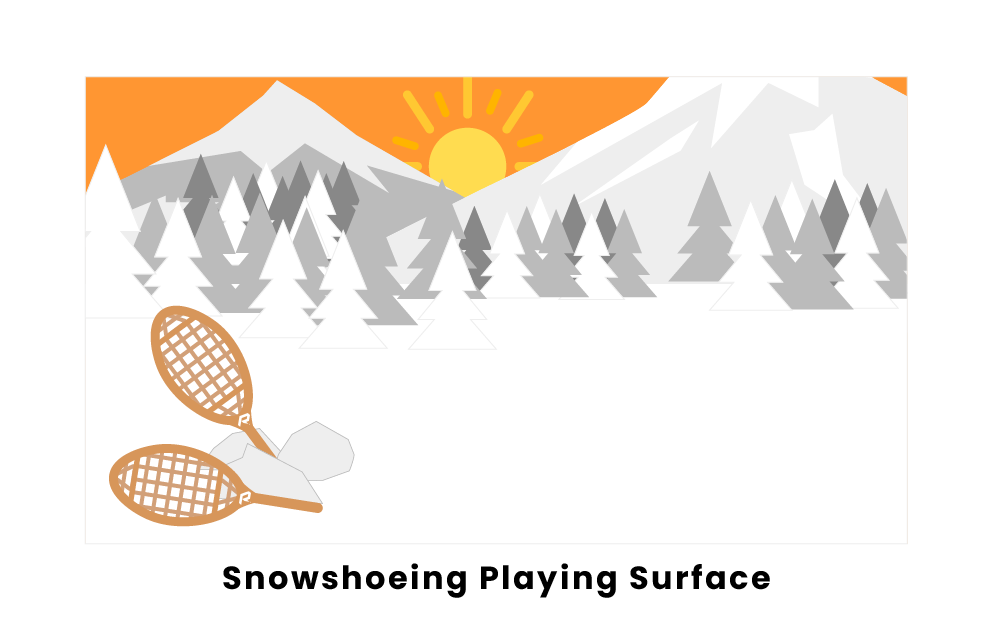 It was not until thousands of years after the great migration that snowshoeing became more recreational than a means of transportation. It was not until the 1970s that snowshoeing became the fun winter activity it is today. A nice winter terrain makes for the perfect snowshoe experience. Hard snow is typically better than deep powder snow but the snowshoes are designed to float over the snow regardless. 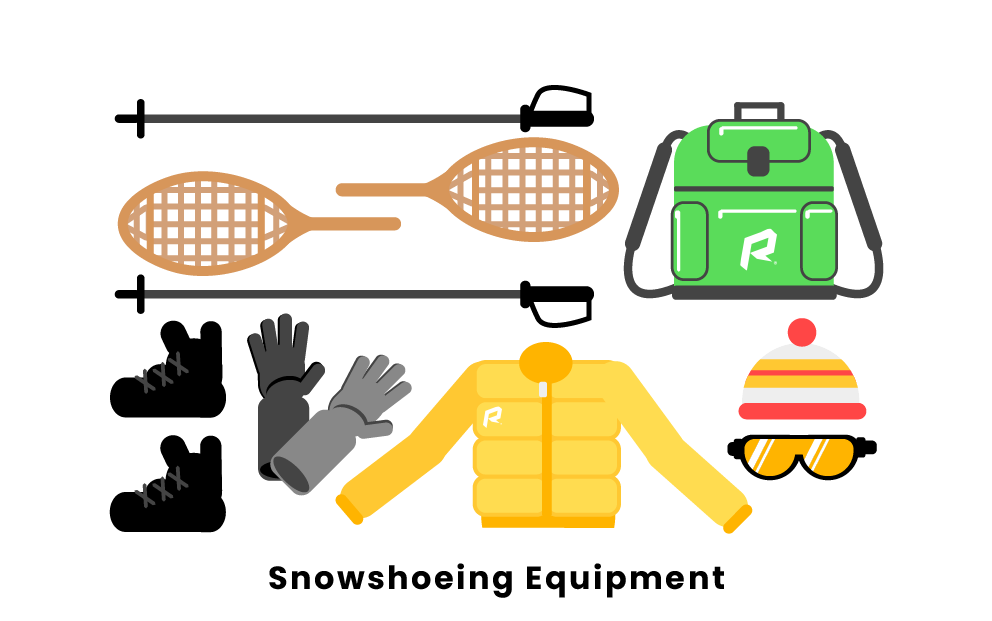 Snowshoeing is a fun winter activity that requires proper technique and equipment to be successful. The proper equipment can make or break the excursion, so it is critical to know how to prepare. When snowshoeing it is essential to prepare for the elements you might face in outdoor colder climates

Here is the essential snowshoeing equipment you should have:

Snowshoeing is a fun winter activity, so the number one objective is to enjoy yourself! Other than having fun, there are plenty of reasons to go snowshoeing. It is a great way to stay in shape during the winter and is a low-impact aerobic activity that lets you extend your hiking and running season to a year-round experience. 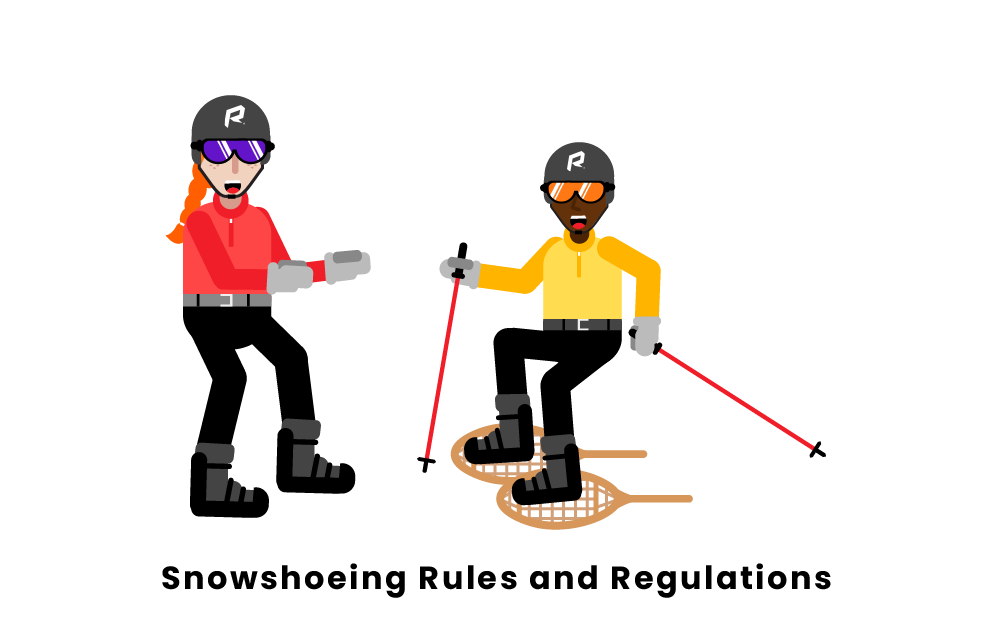 While snowshoeing may be a simple activity, there are sets of rules and regulations when in competition. The World Snowshoeing Federation has a set of competition rules.

Here are the most important snowshoeing rules you should know:

Here are the most important Snowshoeing techniques you should know: 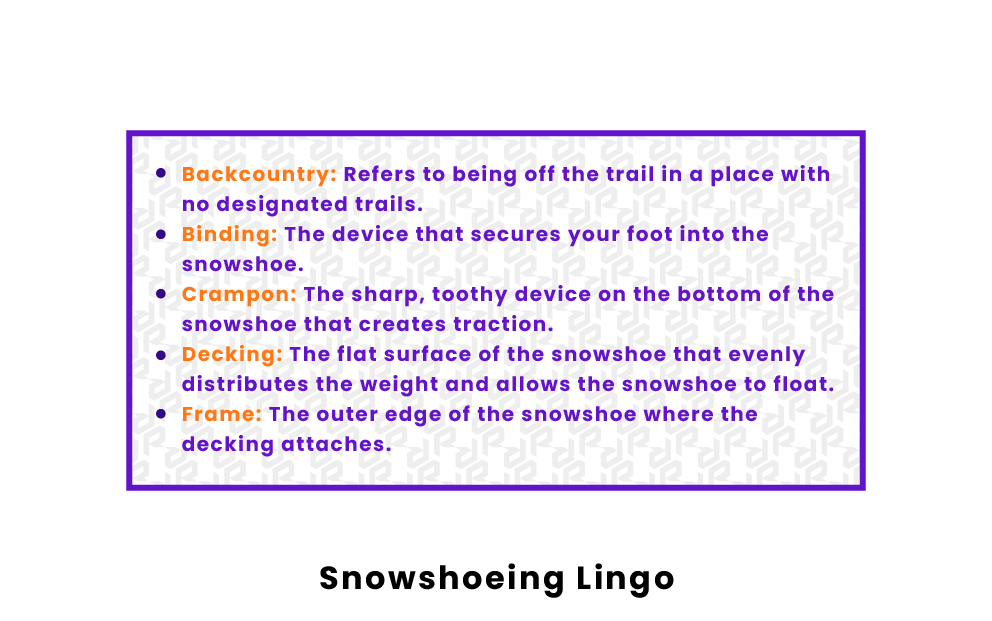 Here is the common terminology and slang in snowshoeing: 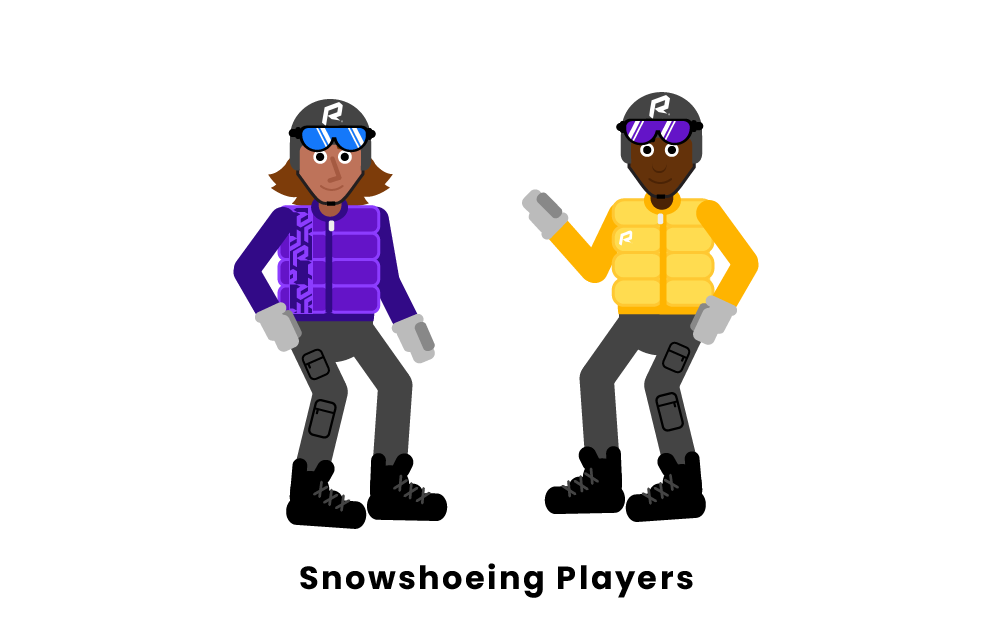 Here are the most famous snowshoeing players you should know:

Snowshoeing is a global activity with events that occur all over the world. Snowshoeing competitions are referred to as championships.

Here are the most popular tournaments in Snowshoeing:

How to Choose Snowshoes

The great part about snowshoeing is its ease and simplicity. Experience doesn’t matter in the world of snowshoeing; if you can walk, you can snowshoe. While there are a variety of options, choosing the right snowshoes is very important. The most common types of snowshoes are recreational snowshoes. These snowshoes have many different designs, so you can choose the one you like best, but they all share the same features. Recreational snowshoes are great for flatter terrains. They have simpler webbing and less-aggressive traction systems and are the perfect choice for beginners.

Is snowshoeing harder than hiking?

Snowshoeing is a great cardio activity and can actually burn more calories than hiking. Trudging through the snow builds muscles in the legs and can get your heart rate up higher than if you hike for the same distance.

Snowshoes are built to be durable. With that being said they can become pricy but will last you a long time and can be a worthwhile investment if you plan on becoming an avid snowshoer.

Is snowshoeing the same as cross country skiing?

Pages Related to What is Snowshoeing?