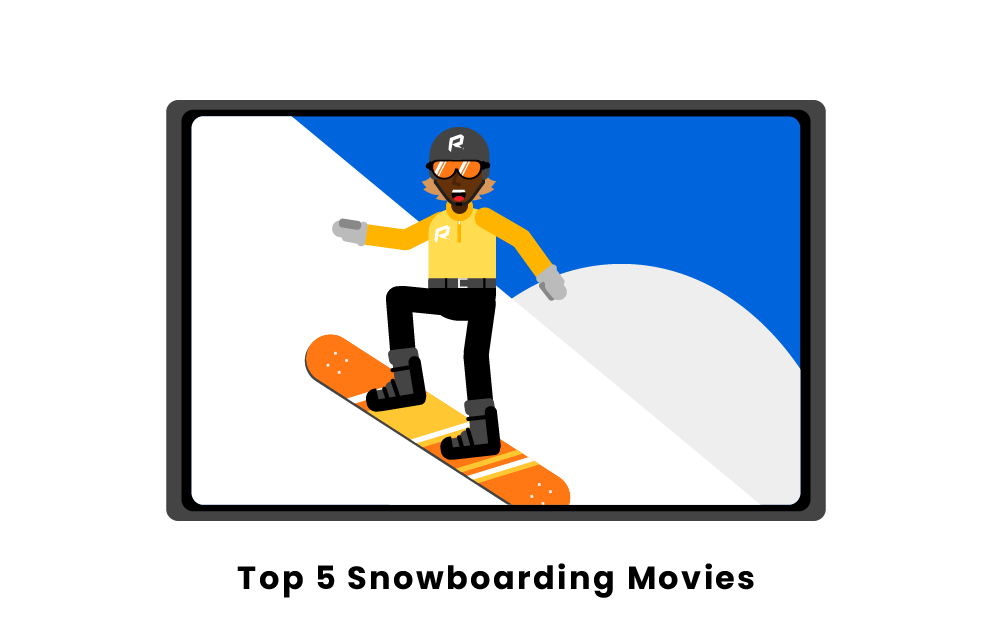 What are the most popular Snowboarding movies?

1. The Art of Flight

This action-packed film is a must see for anyone interested in snowboarding, as it redefines what is possible in the sport while providing viewers with access to the extreme highs as well as dire risks involved in snowboarding. The Art of Flight is the sport of snowboarding as never seen before, documenting Travis Rice and his friends’ journey to some of the most scenic, remote, intense, and challenging snowy terrains out there. Among the many aspects of this film making it so popular and relevant to the sport are its superior cinematography, spectacular backdrops, and some of the most elite freestyle snowboarding to ever be filmed and distributed.

This film is key to watch if you want to discover new tricks, trails, and ways of overcoming the dangers innately accompanying the sport of snowboarding. It is a film of true passion for snowboarding full of twists, turns, challenges, and triumphs keeping viewers hooked from start to finish.

This inspiring documentary follows Kevin Pierce on his journey to overcoming injury in the sport and making an unexpected, undoubtedly difficult comeback. On his quest to beat his fiercest competitor, Shaun White, Pierce is plagued with a serious brain injury that threatens his entire career and everything he worked so hard for. Through unwavering dedication, resolve, and passion combined with much needed support from valued friends and family, Pierce is able overcome the effects of his injury, rise above, and make a steller return to the sport. The Crash Reel is jam packed with passion, emotions, action, challenges, and success, accurately portraying not only the extreme ups, but also the intense lows that participants in the sport face and have to overcome.

This influential, riveting documentary will stimulate and motivate you in ways you didn’t even know you needed. If you’re looking for a good comeback story, this film is the one for you!

This film, transforming the hydrological cycle into an impressive and captivating expedition, follows world-renowned snowboarder Travis Rice and his team as they undertake a whopping 16,000-mile excursion featuring some of the most surreal, stunning sites around the North Pacific, reaching the peaks of Japan’s Alps and Germany. However, Rice and his team find more than just remote trails and terrain in this documentary. Rice aimed to connect his passion for oceans and mountains with his aspiration to visit areas that he never anticipated, and that is precisely what he did in this film. With an amazing team of cinematographers, Rice follows the weather patterns of the North Pacific to secluded mountaintops and summits, with this new focus providing a perfect segway for a successful sequel to the very popular documentary, The Art of Flight.

This film examines the life and technique of Craig Kelly, one of the most iconic and talented snowboarders of all time. Kelly shocked the world when, in the 80s, he made the stark, high-risk decision to separate from all the contracts, titles, cash, acceptance, and his reputation to pursue his love of freeriding. This story is truly inspirational, stressing and reinforcing the importance of staying humble, true to yourself and your passion, and living in the moment which motivated and encouraged watchers to do the same. Craig Kelly greatly influenced and shaped the world of snowboarding, making this a must-watch for both admirers of and participants in the sport alike.

Full Moon successfully and seamlessly links the past, present, and future of the sport of snowboarding, motivating women athletes across the world to challenge themselves, to push beyond boundaries, and rise above. This two-year production highlights some of the world’s most skilled and talented women snowboarders, paying homage to the great influence the history of women’s snowboarding has had on the sport as a whole as well as the important accolades of prominent women in the sport. It exemplifies the importance of women in the sport, while portraying how they have stimulated, encouraged, and shaped snowboarding as a whole which makes it an important movie to watch if you are interested in the sport.

The film includes legendary snowboarders Hanna Beaman, Marie-France Roy, Jamie Anderson and more prominent women in the sport as they take on tough, remote territories around the globe while also appreciating and honoring the women who gave them the courage to strive for their goals and overcome obstacles standing in the way of those goals despite adversity and challenges.