How Much Does A Snowboarder Make? 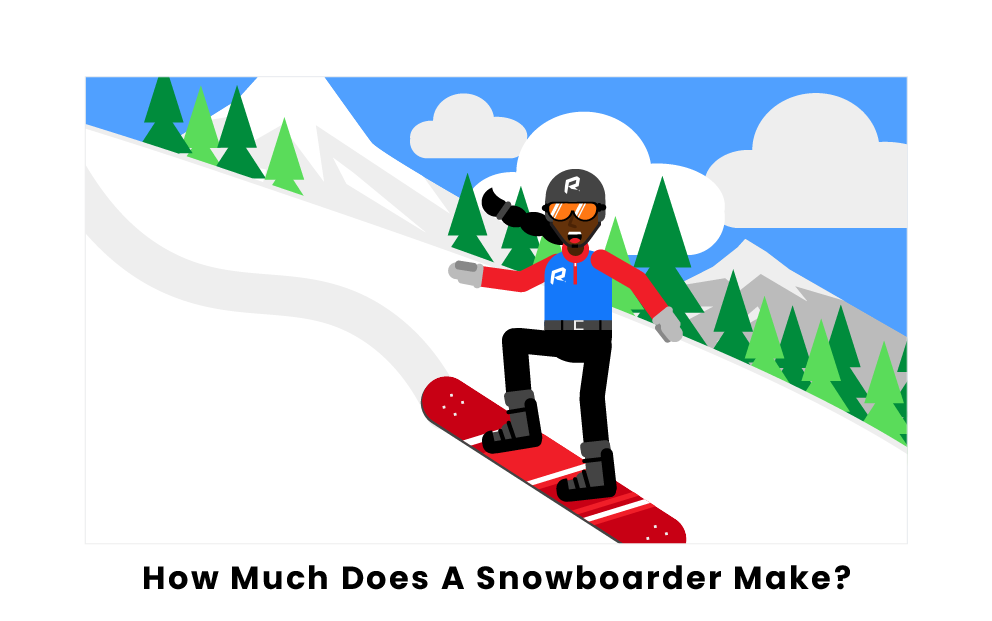 While the Olympics does not give out money to Olympic athletes, athletes can win bonuses from the countries they are competing for. These bonuses vary widely. The highest bonuses are often from China, which gives their gold medal-winning athletes a bonus of $642,000. Australia has one of the lowest bonuses for Olympic gold medalists, as they only give their athletes $14,000 for winning a gold medal.

Snowboarders can also win prizes from other competitions. For example, a snowboarder who wins the National Championship of the United States of America Snowboard and Freeski Association with 50-68 competitors will win $3,000. Snowboarders can also compete in the Winter X Games. As of 2009, the X Games provided $3 million in prize money. The winner of an event can win $50,000. Another competition, the 2019 FIS World Championships, awarded over $750,000 in prize money based on how the snowboarders placed in their events.

The other major way that snowboarders can make money is through branding. Snowboarders can receive sponsorships, endorsements, and capitalize on their social media following. For example, Chloe Kim, an American snowboarder and two-time Olympian, has 733,000 followers on Instagram and 264,000 on Twitter, encouraging advertisers to endorse and sponsor her due to her popularity. Kim had $3 million guaranteed in endorsements in the year leading up to the 2022 Olympics. Due to her status, she is sponsored by major brands such as Monster Energy, Nike, and Toyota, and has an opportunity to design an outerwear line due to her equipment sponsorship.

A snowboarder’s salary is dependent on a number of factors, especially including their current popularity. While the average snowboarder competes in competitions such as the X Games or the Olympics to win prizes that are often worth thousands of dollars, snowboarders who don’t win the competitions might barely make enough to cover the cost of travel. High-profile snowboarders use social media platforms such as Instagram or Twitter to increase their following. Winning events such as the Olympics or the X Games can also bring in endorsements and sponsorships, which provide high-paying opportunities which pay millions of dollars at the highest levels.

Who is the highest-paid snowboarder ever?

The highest-paid snowboarder ever is Shaun White, who makes around $10 million a year. As a three-time Olympic gold medalist, White has earned bonuses as a U.S. athlete, which now amount to $37,500 per gold medal. However, most of White’s earnings are made up through endorsements and sponsorships, as he is endorsed by many brands, including Oakley, Red Bull, and American Express. In total, it’s estimated that White has made around $60 million throughout his career.

How much do Olympic snowboarders make?

How do snowboarders make money?

Snowboarders can make money in a variety of ways, including through sponsorships, bonuses in the Olympics, and prize money from competitions. Sponsorships and endorsements can be a large part of a snowboarder's salary. For example, Shaun White makes around $9 million a year in endorsements alone. An Olympic snowboarder can make a bonus for winning a medal, depending on which country they are from. Also, a snowboarder can win prize money for winning non-Olympic competitions. For example, the National Championship of the USASA rewards winners of their events based on the number of entries.

Pages Related to How Much Does A Snowboarder Make?