How does Snowboarding work? What are the basic fundamentals of the game? Get ready to learn about Snowboarding 101. You don't need any prior knowledge to start learning. 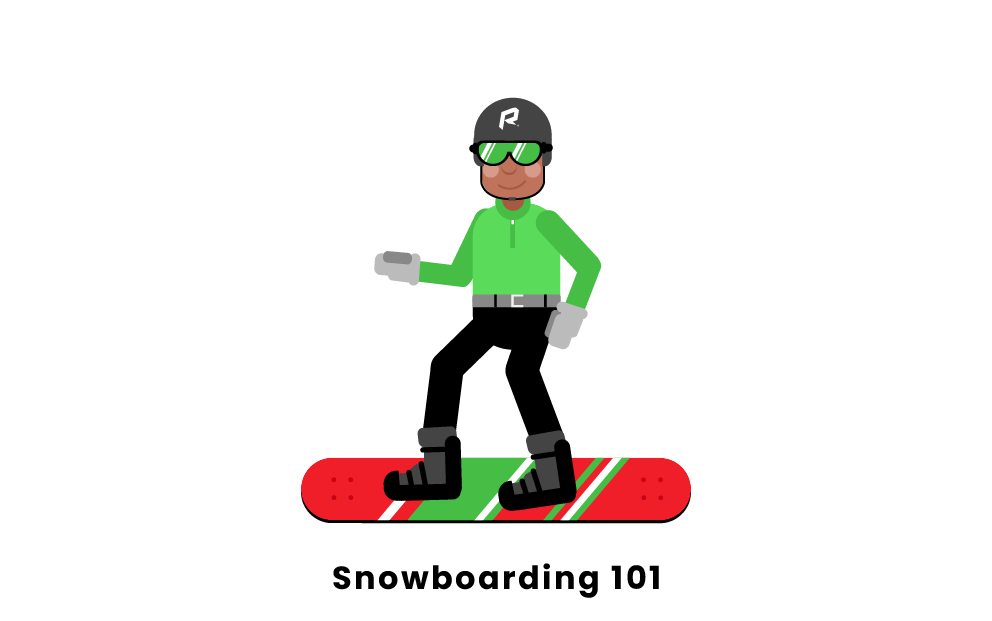 Snowboarding is a sport that can be played either competitively or recreationally (just for fun). The concept is simple...participants strap their feet to a board specially designed for snowy surfaces and make their way from the peak of a hill or mountain down to the bottom. Unlike skiing, poles are not used for balance or steering, with riders instead changing direction using solely shifts in body weight and positioning.

Snowboarding for leisure generally involves maneuvering down a slope without having to abide by any specific set of rules. Riders may go as fast or slow as they desire, as well as choose from slopes with varying levels of steepness depending on whether they are new to the sport or experienced snowboarders.

Conversely, snowboarding competitions are linked to previously established tasks or time limits. Speed races pit competitors against one another to see which participant can complete the course in the quickest fashion, often requiring them to pass through a series of checkpoints and obstacles in the process. Freestyle and ‘halfpipe’ contests are vastly different, judging riders on their ability to perform complex in-air tricks. These are popular Winter Olympic events, headlined in recent years by superstar snowboarders Shaun White and Chloe Kim. 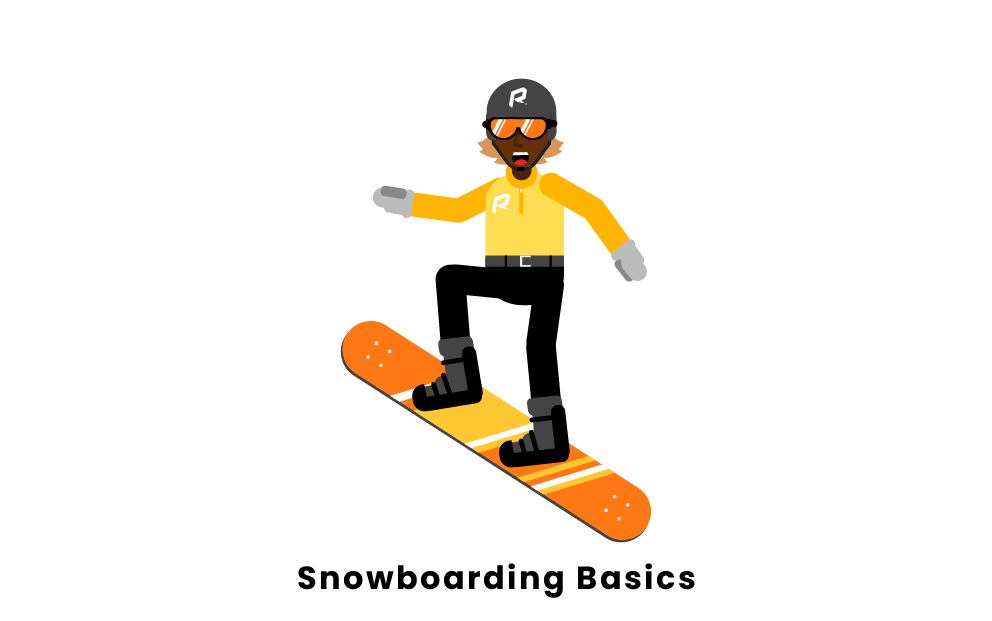 The most important piece of snowboarding equipment is the board itself, which contains straps to insert your feet and a slick undersurface for gliding across the snow with relative ease. Riders are generally free to use boards that satisfy their own unique comfort and design specifications, although serious competitions have regulations in place relative to the brand and dimensions of each athlete’s board.

Snowboarding boots are also a vital piece of equipment for safe and proper enjoyment of the sport. Footwear tailored specifically for snowboarders tends to be heavy duty, laceless boots with straps that buckle into place in order to ensure a snug fit and prevent participants from detaching from the board.

Other types of gear include protective equipment such as goggles, helmets and gloves and insulated jackets. All four pieces of outerwear are necessary to protect the body from being subjected to harsh winter conditions and forcible impact in the event of a fall or collision with the ground. 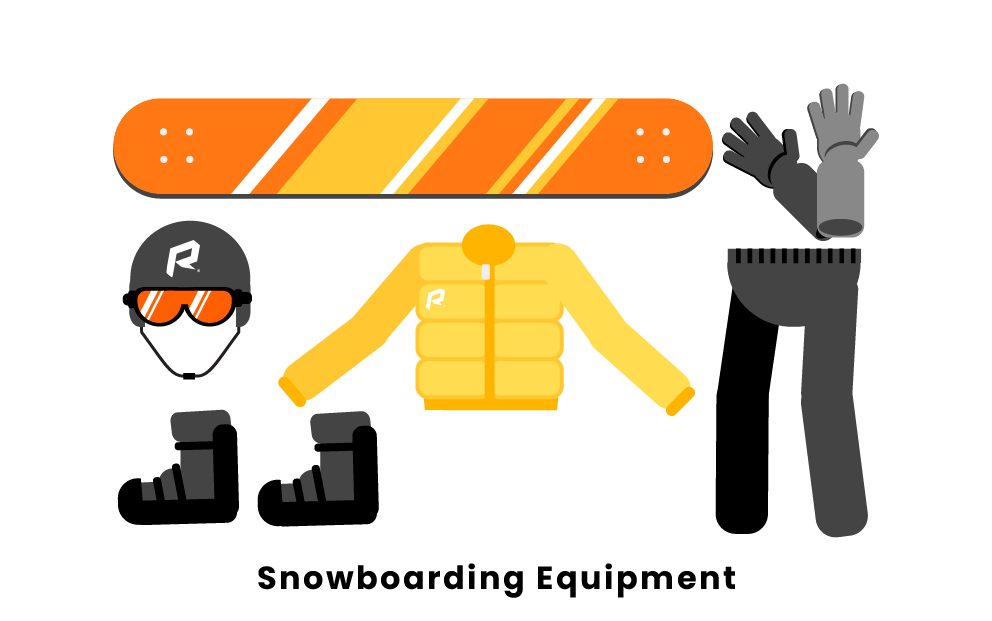 There are several rules of thumb that are not explicitly stated when snowboarding, but are expected of all riders. They are mainly centered around demonstrating respect for the terrain and other snowboarders. For example, cutting in front of another rider or progressing at dangerously high speeds are two acts that are highly frowned upon.

At the competitive level, penalties and rules tend to differ from one type of event to another. The most common violation in alpine snowboarding is making contact with a checkpoint boundary (usually marked by two flagsticks spaced several feet apart from each other) or failing to pass through the checkpoint all together. Offenders are subject to a time penalty, with a few seconds being added to the time it ultimately took to reach the base of the mountain for each violation. In freestyle and pipeline snowboarding, penalties often occur when riders fail to execute a proper landing as they make contact with the ground following an in-air maneuver. Falling or stumbling during a landing results in points being deducted from the rider’s overall score at the conclusion of the run.

There are no individual player positions in snowboarding, although relay events require teams to decide the order in which each team member will perform. Instead, positions refer primarily to bodily alignments and tricks/techniques that riders attempt over the course of an event.

For example, an alpine snowboarding will likely assume a standing position when trying to slow down and make loose turns, as compared to a forward-leaning squat when trying to gain speed and execute sharp movements. Athletes engaging in style competitions position themselves at different heights as they launch off of a ramp, grabbing the board and performing spins while suspended in mid-air to earn points from an onlooking panel of accredited judges. 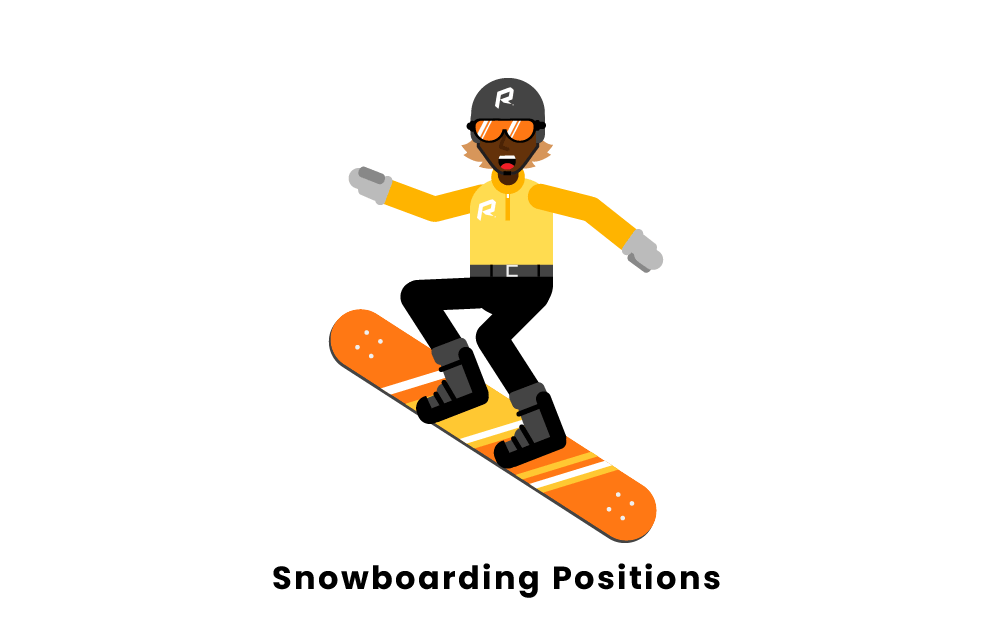 The most basic yet important concepts in snowboarding are listed below…