Who Is Stephen Hendry In Snooker? 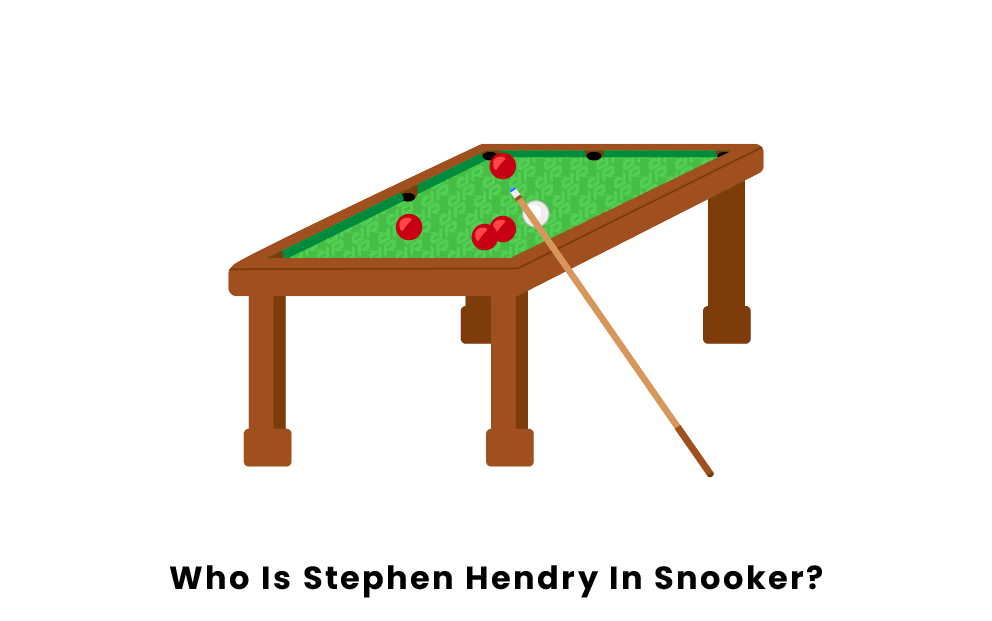 Stephen Hendry has been one of the most successful snooker players in recent history and is widely regarded as one of the best to ever play the game. Tied with Ronnie O’Sullivan at seven titles apiece, no one has won more World Snooker Championships in the modern era than Hendry. Keep reading to find out all about his background and career, as well as what the snooker superstar is up to today.

Stephen Gordon Hendry was born on January 13, 1969, in South Queensferry, Scotland. Growing up, he also spent time living in Edinburgh and Fife. Hendry’s father bought him a junior-sized snooker table for Christmas when he was twelve. He became obsessed with the game, quickly developing his skills, and began competing in junior amateur tournaments.

Turning professional at 17, Hendry made a strong start in his first season, winning the 1986 Scottish Professional Championship. The following season, he successfully defended that title and won the World Doubles Championship with partner Mike Hallett.

Hendry continued his ascent in his third professional season, winning his first world ranking titles at the 1987 Rothmans Grand Prix and the 1988 British Open. That year he also won the Australian Masters and successfully defended his Scottish Professional Championship and World Doubles Championship titles.

The 1989-90 season was the beginning of Stephen Hendry’s period of dominance, both in major tournaments and atop the world rankings. That year he won the Dubai Classic, the Asian Open, the Scottish Masters, the UK Championship, and the Masters. He capped off his incredible season by defeating Jimmy White in the final of the World Snooker Championship, winning his first world championship title, and setting a record for becoming the youngest to do so at the age of 21.

This remarkable completion of professional snooker’s Triple Crown by the young Hendry moved him into the No. 1 spot in the world rankings for the first time. Due to his early success, Hendry earned the nickname “The Golden Boy.” His continued dominance led him to also become known as “The Ice Man” and “The King of the Crucible.” Even though he failed to defend his world championship title in 1991, Hendry struck back the following year, taking down White once again in the final of the 1992 World Snooker Championship.

Stephen Hendry proceeded to defend his title for the following four years. In recognition of his excellence in the sport, Hendry was knighted, receiving a MBE recognition in 1994. His seventh and final World Snooker Championship title in 1999 set a record for most of all time–a record which he held solely until Ronnie O’Sullivan tied the record with his 2022 championship win.

Hendry’s streak cooled in the 2000s, but he remained competitive, even reclaiming his No. 1 ranking for a period in 2005. After losing to Stephen Maguire in the quarterfinal of the 2012 World Snooker Championship, Hendry announced his retirement, stating that he was dissatisfied with his ability to maintain an acceptably high level of competition.

In 2020, Hendry accepted a tour card for the World Snooker Tour, indicating his return to professional play. He has played a partial schedule in 2021 and 2022, never making it past the second round of a tournament. Although he sat out of the 2022 World Snooker Championship qualifying, Hendry stated that he intends to continue competing. His tour card was subsequently renewed for another two seasons.

Although Stephen Hendry officially retired following the 2012 World Snooker Championship, he announced he would be returning to the World Snooker Tour in 2020. Hendry has competed in a partial schedule during 2021 and 2022. He intends to continue playing, and his tour card has been renewed through 2024.

Pages Related to Who Is Stephen Hendry In Snooker?