Who Is Ronnie O'Sullivan In Snooker? 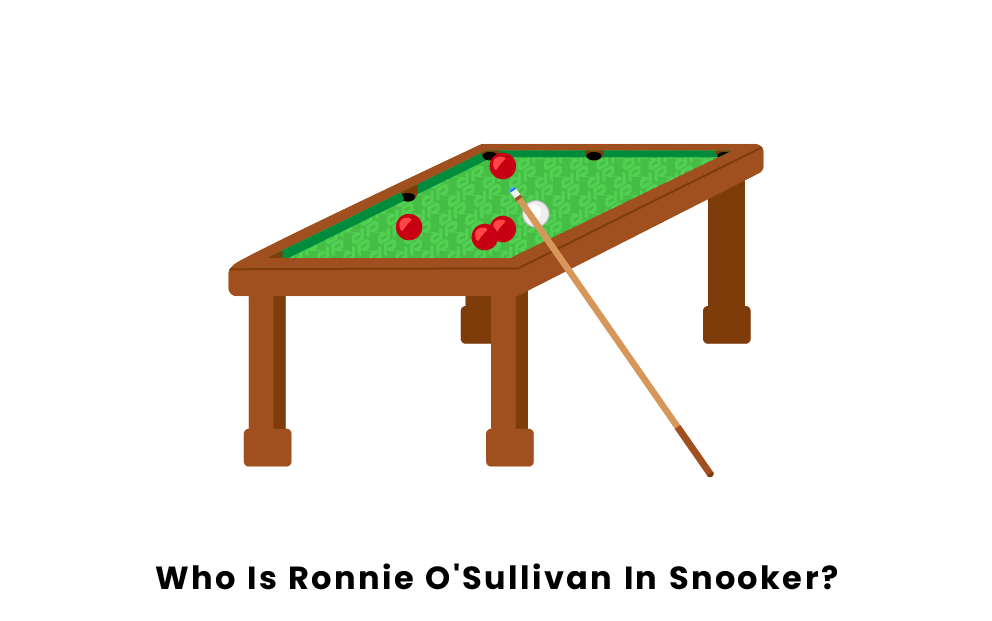 With a prestigious career spanning nearly three decades, Ronnie O’Sullivan is known for his erratic public persona almost as much as he is for his record-breaking performances in the game of snooker. Listed below are the career highlights and lowlights of this polarizing and formidable figure.

At age 7, O’Sullivan began playing snooker. He won his first club tournament within only two years and became a known amateur competitor on the junior circuit. A year later, at age 10, he made his competitive century break (a break of 100 points or more during a single game). Three years later, he won his first British Under-16 Championship. At the age of 15, O’Sullivan became the youngest player to make a maximum competitive break (a break of a maximum 147 points) at a recognized tournament. To finish his junior career, he then won the IBSF World Under-21 Championship and the Junior Pot Black.

In 1992, at 16, O’Sullivan began officially competing at the professional level. Of his first 76 qualifying matches, he made history with a record of 38 consecutive professional victories and an overall record of 74 wins. Though he did not win his first World Championship, he made history as the third-youngest player to ever compete in the competition. At age 18, O’Sullivan became the youngest player to ever win a ranking tournament with his top spot at the 1993 UK Championships. After a few years of objectively decent showing, he also won the 1995 Masters tournament. Thanks to his win at 19 years and 69 days, he also became the youngest Masters champion in snooker history.

During the late 90s, O’Sullivan continued to make history while also repeatedly embroiled in public bouts of emotional volatility. During the 1996 World Championship, he assaulted an assistant press officer and received a two-year suspension and £20,000 fine. At his next World Championship, O’Sullivan made his first maximum break in competition. At a time of 5 minutes and 8 seconds, it broke the world record for the fastest maximum competitive break in snooker history. This mixture of scandal and success followed him to the 1998 Irish Masters, where he won easily but then had his title and prize money stripped due to a positive result from a post-match drug test.

After several stints at a rehabilitation clinic, O’Sullivan entered his first world final in 2001 and won against John Higgins in an extremely close 18-14 match. Under the coaching of veteran champion Ray Reardon, he continued to win both UK and world titles until he achieved a number one world ranking during the 2002/2003 professional season. In 2005, O’Sullivan proceeded to have several public meltdowns, one at the 2005 World Championship and another at the 2005 UK Championships, each one filling national papers.

After several years of slow descent from his unmatchable top spot, O’Sullivan won his third Masters title and fourth UK Championship in 2007. With an 18-8 match against Ali Carter in the final, he also won a third World Championship title a year later. Following up with a fourth Masters title in 2009, O’Sullivan’s performance wavered, and his world rankings fell from a spot in the top 10 for the first time since the start of his professional career.

Taking a few years to work with a professional psychiatrist, O’Sullivan returned to the circuit at last in 2012 and won his fourth World Championship. After a public statement of mental instability, he took an extended break from the tour, returning only to successfully defend his world title against Barry Hawkins in a close 18-12 final match. Two years later, during the 2014 Masters competition, O’Sullivan set a record for most points without reply in professional competition with a total of 556 points. Though he declined to defend his title at the following UK championship, he made his 776th century break in professional competition at the 2015 Masters, an official record for most career centuries.

Thanks to therapy and drug rehabilitation, O’Sullivan entered an era of uninterrupted success. In 2016 and 2017, he won consecutive Masters titles, making him the record holder for most Masters championship wins. With his win in 2018, he also became the record holder for most UK Championship titles. He regained his world number ranking in 2019, nine years since he first attained it, and became the first snooker player to make a 1,000th century break during professional competition. With wins at both the 2020 and 2022 World Championships, O’Sullivan tied Stephen Hendry for the most world titles in the modern era and also became the oldest world champion in the history of snooker.

Pages Related to Who Is Ronnie O'Sullivan In Snooker?