What Is The Highest Score In Snooker? 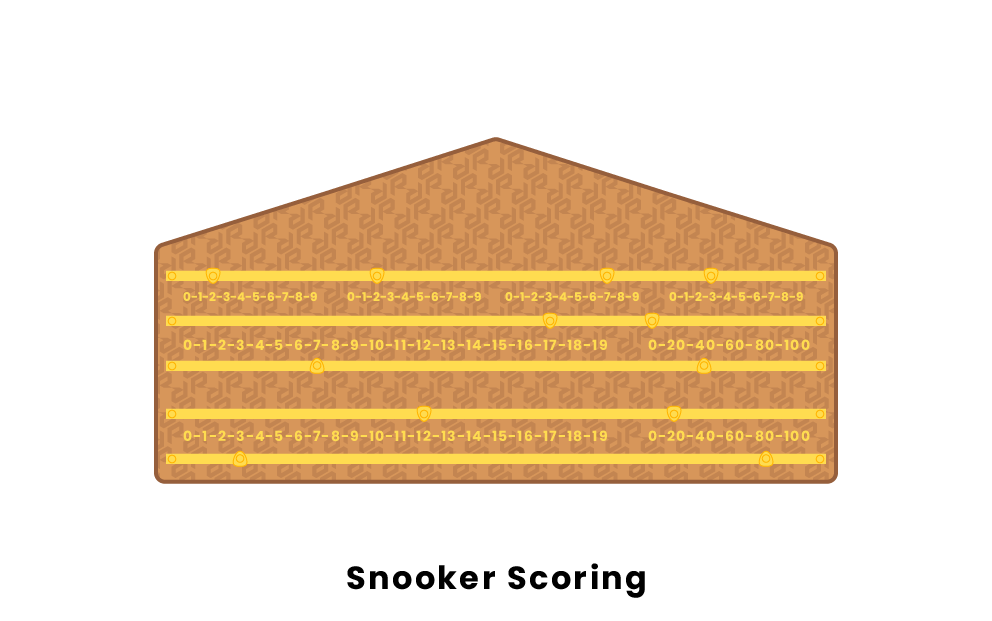 If you have ever watched a world-class snooker player, you have probably seen them string together an impressive series of shots that add up to an equally impressive score. Or maybe you have seen them pot all of the balls on the table in a dominant and high-scoring clearance. Have you ever wondered what the highest score in snooker is? Keep reading to find out!

It is important to know how the game’s complex scoring system works to truly understand the significance of the highest score in snooker. Players are required to knock the colored balls into the pockets or “pot” the balls, in snooker terminology, in a particular order. Each of the different colors of balls corresponds to a different point value earned when they are potted.

A snooker set contains 21 colored balls, 15 of which are red and worth one point each when potted. The remaining six balls, of which there is one of each color, are worth different values, increasing in one-point increments from two to seven points in the following order: yellow, green, brown, blue, pink, and black.

In order to continue scoring points, players must pot balls in the prescribed order. First, they must pot a red ball, which is removed from the table. Then the player must pot a differently-colored ball that is replaced in the spot from which it is taken. Top players typically aim for the black, as it has the highest value at seven points.

The players alternate between potting red and other-colored balls until all of the red balls are gone from the table. Then they must pot each of the other balls in increasing points order, at which time those balls are removed from the table. When the black ball is potted for the final time, the frame is over, and the player with the most points wins the frame. Whoever wins the most frames out of a predetermined number wins the match.

If at any point a player fails to pot balls in the prescribed order, they have committed a foul, and their turn is over. As a result of the foul, four points are awarded to their opponent, who is now permitted to take a turn.

In snooker, a series of successfully potted balls is called a break. The extremely rare and difficult feat of potting every single colored ball in a row, utilizing only blacks where possible and not allowing your opponent to take a shot, is called a maximum break. The score earned by shooting a maximum break is 147 points. Therefore, the highest score in snooker from a single break is 147.

Scoring a maximum break is an amazing accomplishment. The first maximum break during sanctioned play did not happen until Steve Davis pulled one off at the 1982 Classic in Oldham, England. Even as they have become more common at the highest levels of competition, maximum breaks are still occasions for celebration. However, scores higher than 147 can be achieved in a single break, thanks to foul rules.

If a player commits certain fouls before a red ball has been potted, their opponent is permitted to pot a red ball, then replace it on the table, effectively giving them a total of 16 reds to play with. Thus, if a foul is committed in this manner, followed by a maximum break by an opponent, that opponent will score 155 points, which is the highest score in snooker from a single break, with the aid of an opponent’s foul.

It is important to keep in mind that even though maximum breaks happen in tournament play with regularity, no one has ever scored more than 147 points from a single break in an official match. However, players have recorded scores up to the 155-point limit in practice sessions, suggesting that it may happen one day in a tournament.

Although 155 points is the maximum score a player can earn from a single break, the highest score in snooker is theoretically infinite. This is because, in the absence of a maximum break, players can take turns fouling each other, driving up the score with foul points but not potting a ball. Obviously, competitive snooker players try to win, but you can see that there is no effective limit to the number of points that can be scored in a frame.

The highest score in snooker ever achieved in official play was an incredible 178 points. Jimmy Robertson set the record on December 8, 2021, at the Scottish Open, when he defeated his opponent Lee Walker 178-6 in the fifth and final frame. Walker committed 44 points worth of fouls and only potted a single red, his errors aiding Robertson’s record-breaking victory.

What is the maximum break you can score in snooker?

In a single frame, 147 is the maximum break a player can record in snooker without fouls coming into play. This is no small feat, however. In order to successfully achieve a maximum break, a player must pot all fifteen red balls with fifteen black balls, and then follow that up by color balls. That all being said, a player can technically score a break of up to 155 points in the event fouls are committed.

Has there ever been a 155 break in snooker?

Yes, there have been a few recorded instances of a 155 break in snooker. While the maximum break is usually considered to be 147, a player can attain 155 if their opponent fouls to start the game. This gives the player an extra eight possible points. This feat was first achieved by Jamie Cope in 2005, and was not again repeated until 2021 by Thepchaiya Un-Nooh.

What is the highest scoring ball in snooker?

In snooker, the highest scoring ball is the black ball, which is worth seven points. Most players will try to pot the black ball after each red ball as it gives them the most points. After black, the colors decrease in value by one point in the order pink, blue, brown, green, yellow, red.

Pages Related to What Is The Highest Score In Snooker?